The Draw of Great Falls Creates a Boomerang Effect

They grew up in and around Great Falls and then moved away. But Great Falls didn't leave their hearts. Find out why they moved back to magnificent Montana. 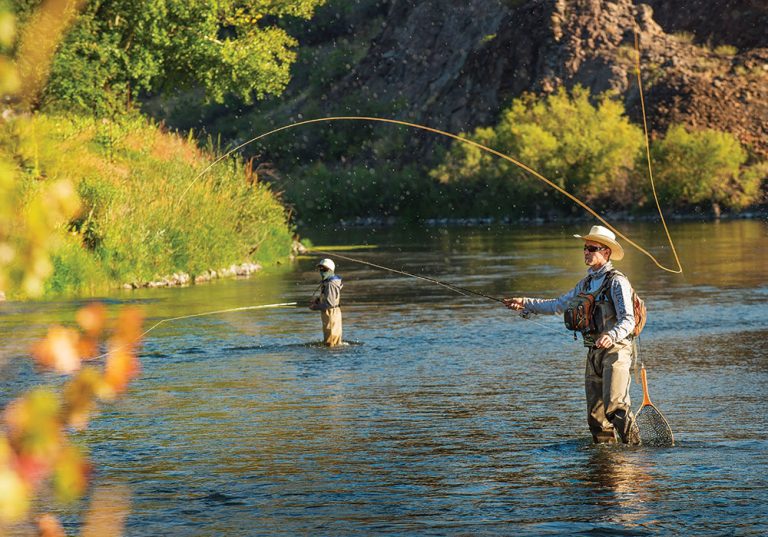 Michael Bergquist grew up in Great Falls, and after graduating college, he spun the globe. While teaching English classes overseas, he lived in Taiwan, Italy, Turkey, Australia, Vietnam and Thailand. During his time in Taiwan, he met his wife, Hilal, and when the two moved to the United States, they were drawn to Great Falls.

In some ways, moving back to Great Falls feels familiar to Michael, who now works as a medical claims analyst. The people are friendly and genuine, and the majestic Missouri River runs right through town. But in other ways, it feels different, as though Great Falls has grown up.

“I had to move away to truly appreciate Great Falls.”

The walkable downtown is being revitalized, and there’s a palpable excitement about this next phase of his life in Great Falls. This juxtaposition — the evolving community and the retention of the great things that have always made this region a special place to live — appeals to more than just Michael.

To experience the walkable downtown scene, Michael and Hilal enjoy grabbing breakfast at Clark and Lewie’s on weekends and wandering around downtown, popping into shops.

For Hilal, Great Falls strikes the right balance: It’s a relatively small town (the metro population is over 84,000), but it offers big-city amenities. She and her husband, for instance, can find international groceries to make worldly dishes at home. And the region’s burgeoning arts and culture scene brings an array of activities.

Hilal says she’s looking forward to taking cooking classes as well as signing up for art workshops at Paris Gibson Square Museum of Art. “Great Falls has a really nice tempo,” says Hilal, who works as a receptionist at a local law firm.

A prime example of that tempo? The summer days are especially long in Great Falls, and in this special place where the Great Plains meet the Rockies, it sometimes stays light out until 10 p.m. Couple that extra daylight with a short commute, and weeknights are wide open. For Michael and Hilal, that means enjoying evenings at Belt Creek, unwinding and fishing.

‘No Better Place to Be’

Matt Rains grew up on a fourth-generation quarter horse ranch in Simms, about 30 miles outside of Great Falls.

After he graduated high school, he went on to the United States Military Academy at West Point, which put him on the path of flying helicopters in the military. In the next civilian chapter of his life, Rains traveled to more than 60 countries as a photographer, specializing in humanitarian work and partnering with nonprofit organizations.

When he moved back to the states, he combined his photography and flight experience and pioneered a drone inspection program for power plants.

“If you love the openness, there’s no better place to be than here. Seeing the stars at night or a storm rolling across the plains
– it’s so powerful.”

But after seeing much of the world (and the country), Rains, in mid-2018, returned home to Birdtail Ranch, bringing with him his girlfriend who loves horses. “The ranch has been my passion,” says Rains, also of the Montana Farmers Union.

On weekends, he and his girlfriend go for 20-mile horseback rides along the scenic Continental Divide, or they go hiking with their Labs.

Beyond the landscape, Rains says he loves the Montana way of life and the salt of the earth people in and around Great Falls. They’re honest and trustworthy; the kind of people who will give you a handshake and look you in the eye, he says.

Dreaming of the Ranch Life Without Giving up the City?

Consider moving to Great Falls, MT, which offers the best of both worlds. But don’t take our word for it. Here are two residents who share what makes this region special.