How Asheville Became a Hotspot for Top Talent 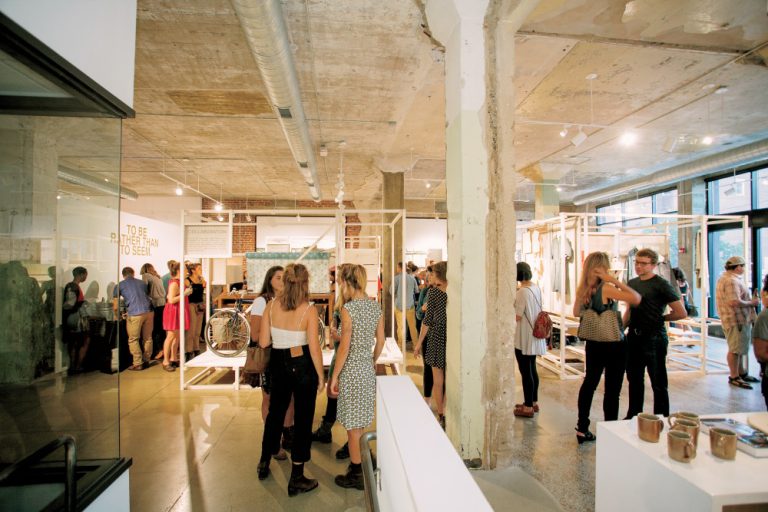 Jeff Slosman and Justin Belleme run very different businesses, but both face the same challenge: finding and keeping the right talent for the jobs they offer.

Belleme, who runs a digital media company he founded, and Slosman, who owns a busy manufacturing company, both approach their workforce issues with thought and creativity. For Slosman, hiring the right people is a collaborative process that involves astute networking and keeping a sharp eye out for talent as he travels. For Belleme, it’s all about retaining employees through benefit and wage enhancements that keep him ahead of competing manufacturers. Both approaches exemplify ways Asheville is growing its economic future.

Two years into an ambitious five-year plan – AVL 5×5 Vision 2020  – the city has a 3.5 percent unemployment rate that most communities would envy. But to keep that healthy economy Asheville is working to draw more jobs – and the employees to fill them – while retaining and training the area’s current workforce.

“This is an attractive place and there is a lot of growth, which draws people,â€ says Kit Cramer, president and CEO of the Asheville Area Chamber of Commerce. “We’re at a distinct advantage as well because of the natural beauty of this place. Access to the outdoors in a really short period of time, the food scene, and the arts and music scene make it a super-attractive place for people of all ages.”

Both Slosman and Belleme chose to launch their businesses in Asheville because of the city’s unique lifestyle and amenities.

“When I graduated from UNCA, I liked all the cultural and recreational things Asheville offered,â€ says Belleme, who launched his JB Media Group after cutting his teeth in freelance work for few years. “Asheville is such a desirable place to live, with such a diverse set of demographics. It draws millennials who just love the lifestyle who come even without a job, to see if they can make it here.”

Cramer points to a number of successes Asheville has racked up since the AVL 5X5 Vision 2020 initiative began in 2015, from proactively planning for an expected boom in construction jobs, thanks to large building projects by Mission Health and Duke Energy, to expanding high school and community college training for the growing number of tourism jobs. Coordinating and strengthening connections between industry and educators is another major economic development emphasis.

“We’re working on bringing together folks from higher education as well as K-12 and people from industry,â€ Cramer says. â€We’ll be looking for input from heads of universities, but also from business specialists, asking them what they’re seeing in job applicants and what they see as their needs 10 years down the road.”

How Asheville, NC is Reshaping its Community

Entrepreneurs are getting support through Venture Asheville, which seeks to nourish “high-growth, knowledge-based businesses that want to scale up,â€ Cramer says, offering a website that specializes in tech jobs.  While the Angel Investment Network recruits mentors from the business community, many of whom relocated or retired here after working for large companies, bringing their wisdom and experience with them.

“Asheville’s Diversity Coalition is an effort to attract and retain folks of color so we can keep and grow that important talent. And we’re also working on Students at Work Week, with a statewide effort, trying to grow our own and get young people interested in jobs here,” Cramer says. “Employers are having to get creative, to make themselves more attractive. Not just attracting new people but retaining current employees.”

Jeff Slosman, whose National Wiper Alliance manufactures disposable wiping cloths and other products, agrees that meeting workforce needs can be a challenge.

“Even when you have the recognition of being a good company, there are just not enough workers,â€ Slosman says. “We raise wages, and every year we offer our employees something additional to hold on to them. We started with life insurance, then we did a 401K, then a health program. But it’s tough.  I’m competing for business with people in Nashville, Knoxville – and China. You need to pay good local wages but still compete in a world market.”