Charlotte’s energy sector is growing with foreign and domestic investment as it generates an ecosystem based on research and innovation. 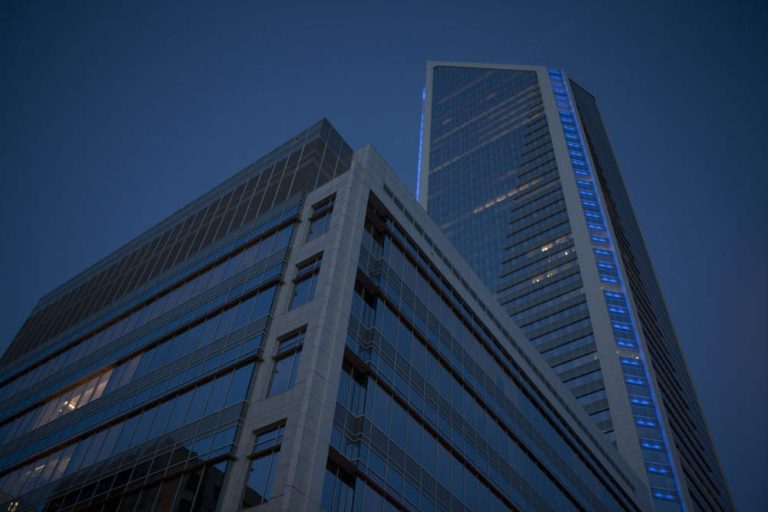 With a powerful core of research, development and engineering assets, and a growing base of manufacturing related to everything from renewables to nuclear to fossil fuels, Charlotte USA has earned the title “The New Energy Capital.” After all, more than 260 companies tied to the energy sector make their home in the region, employing 28,000 workers and drawing advanced manufacturing and research groups as part of the resources and expertise that fuel innovation.

Duke Energy, a Fortune 500 company and the nation’s largest investor-owned utility, is known worldwide reputation for energy production, distribution and conservation. After more than 100 years of operation, the company has locations across the southeast and midwest, as well as Latin America and serves 7.2 million electric customers. The region has developed a globally recognized expertise in nuclear engineering and construction, including the presence of major players such as Toshiba, URS, and Chicago Bridge & Iron (Shaw Power Group). Lime Energy works with large utilities like Duke Energy to provide programs and technology to utility customers to reduce their energy use. In 2013, Lime Energy narrowed its focus to concentrate on utility programs, says President Adam Purcell. The company also launched a new technology platform with advances in user interface, audit tool intelligence, reporting and project data tracking for energy efficiency programs.

Another driver behind the energy sector is the presence of key research facilities, such as UNC Charlotte’s Energy Production and Infrastructure Center (EPIC) and only one of five Electric Power Research Institute’s (EPRI) R&D facilities in the nation. Each year, EPRI brings more than 2,000 industry representatives from around the world for educational and research visits. “We conduct research and development in a collaborative way with utilities, academic institutions, other research organizations, and companies in the energy sector to develop and conduct a diverse portfolio of research and development on the production, delivery, and use of electricity,” says Jeremy Dreier, senior manager of corporate communications. The growth of the region’s energy sector has drawn investment from round the world, fueled in part by the high level of workforce talent, including the presence of more than 10,000 engineers.

“Charlotte provides a diversity of technical, executive, and operational perspective and skills,”

Dreir says. E4 Carolinas, an industry-led organization established to promote energy, economy, environment and efficiency, is promoting the region’s energy expertise and assets far beyond Charlotte USA. Tom Franch, senior vice president for the Reactors & Services Business Group North America at AREVA Inc., serves as chair of E4. AREVA relocated its U.S. headquarters to Charlotte in 2013 to be close to the action in the energy sector. “Being located in Charlotte not only better positions our company to serve our customers in the largest nuclear power market in the world, but also allows for more opportunities for collaboration and innovation with our energy industry customers and colleagues, excellent business infrastructure, support of key local and state leaders, and access to a talent pipeline throughout the regional university system,” Franch says.

Additional investment from international companies is flowing into the region. Siemens Energy rolled out its first gas turbine from its new 450,000-square-foot facility in 2011, part of an expansion that brings Siemens operations in Charlotte to more than 1 million square feet of manufacturing space. In 2013, Huber+Suhner Inc., a Swiss maker of components for electrical and optical transportation of data and energy, announced the relocation of its North American headquarters to Charlotte. Support companies are tapping into the positive connections. Eclipse Automation Southeast LLC, a Canadian company, opened operations in Charlotte to be nearer to its customers in the energy sector, as well as other markets in advanced manufacturing, transportation and medical devices. Eclipse designs and builds precision assembly, robotics and materials handling systems. The company also offers products for solar panel manufacturers, part of its offerings in the renewable energy sector. “We believe renewable energy is not even close to peaking in the U.S., compared to the activity in Canada and Europe, and we feel like the U.S. is ready for the wave to come through,” says Eric Nitsche, president of Eclipse Automation Southeast.