Charlotte USA has created more than 10,300 jobs and business investments of well over $2 billion announced since 2009. 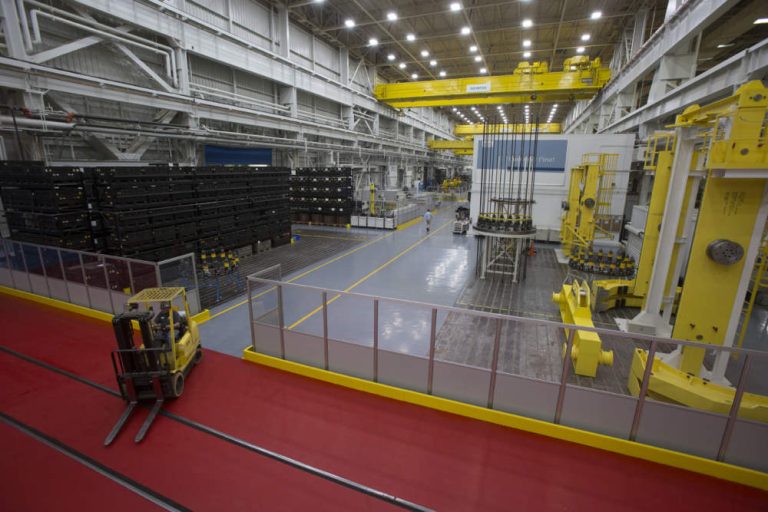 The numbers tell an impressive story of economic growth in Charlotte USA – more than 10,300 jobs and business investments of well over $2 billion announced since 2009 – but behind the numbers is the story of the quality of life that has made the region an international business destination and one of the fastest-growing metro areas in the country. The 16-county region’s population has topped more than 2.7 million, and that growth shows no signs of slowing, says Ronnie Bryant, president and CEO of the Charlotte Regional Partnership.

“It’s driven, in part, by our enviable quality of life. We have a diverse mix of neighborhoods and communities; a vibrant urban core with a host of cultural and entertainment amenities; an unparalleled park and greenway system; award-winning schools; and an international business community that offers a wealth of opportunities,” Bryant says. “Charlotte USA is simply a wonderful place to live, work and raise a family.”

Just ask Affinia Group Inc., which decided to relocate its headquarters from Ann Arbor, Mich., to Gastonia in Gaston County, N.C. The company already had a large presence in the county, where its Global Filtration Group employs 1,300 people.

“The relocation of Affinia Group’s headquarters to Gastonia will allow us to continue our global focus on innovation and competitiveness, while leveraging Global Filtration’s track record of customer service and market leadership. Given Filtration’s significance to Affinia, consolidation in Gastonia made perfect sense,” says Terry McCormack, president and CEO of Affinia Group.

The company is a global leader in the design, manufacture, distribution and marketing of industrial-grade products and services, including aftermarket parts for automotive and heavy-duty vehicles. Affinia, which has $1.5 billion in annual revenue, has operations in North and South America, Europe, and Asia.

There are numerous examples of major companies that have been attracted to Charlotte USA, Bryant says. MetLife Inc., a leading global life insurance and employee benefits company, established its U.S. retail hub in Charlotte and plans to create 1,300 jobs by 2015. The company located its operations in sleek, modern space in the Ballantyne community in south Charlotte. The Charlotte Regional Partnership worked with several other agencies on the project, including the North Carolina Department of Commerce, Mecklenburg County and the City of Charlotte. American International Group, an insurance company, opened a 32,000-square-foot technology center at the BB&T Center in Charlotte. Company officials say the new $5.5 million center will help create 230 jobs by the end of 2017, Bryant says. Exel is investing $38 million and creating 133 jobs at its 1 million-square-foot distribution center in Riverwalk Business Park in Rock Hill, S.C. The logistics company contracts with companies in the automotive, consumer, retail, engineering and manufacturing, life sciences and health-care, technology, energy and chemicals industries. The Charlotte Regional Partnership assisted the consultants evaluating locations.

In Kings Mountain, N.C., AT&T is opening a $200 million, 470,000-square-foot data center. The Dallas, Texas-based company plans to build three more facilities at the 130-acre site totaling 900,000 square feet, with a projected 10-year economic impact of $935 million. The data center will employ about 100 people, Bryant says. Charlotte USA is also a destination for international companies including Toshiba, Bosch, Daimler and Siemens. Investment from China is growing, as illustrated by Craftmaster Furniture. That Chinese-owned company expanded in Alexander County with the purchase of a 200,000-square-foot building. The company is investing about $2 million in renovations. In total, more than 950 foreign-owned companies have operations in the region.

Another Charlotte USA advantage is its transportation infrastructure, which is bolstered by its convenient East Coast location. Charlotte Douglas International Airport is one of the fastest-growing airports in the country and broke the all-time passenger traffic record last year, serving 43.46 million travelers. That was the largest passenger traffic count in the airport’s history. The Charlotte Regional Intermodal Facility opened at the airport last year and has the capacity to move 200,000 containers annually. The $92 million facility makes the region a key hub on the Norfolk Southern intermodal system and improves its strategic position as global trade and commerce increases, Bryant says. Adding to the region’s livability, the public transportation system continues to expand as well. Construction is proceeding on the $1.6 billion Blue Line Extension, a 9.3-mile light-rail line that will run from Center City through North Davidson and end at the UNC Charlotte campus. Combined with the existing Blue Line, which helped transform the city’s vibrant SouthEnd area, commuters will have nearly 19 miles of light-rail service.

“CityLYNX Gold Line, Charlotte’s streetcar, is moving forward,” Bryant says. “Construction on the first 1.5-mile line is under way, and plans are in the works for a second 2-mile line, both of which are designed to help improve connectivity in the uptown area and spur development.”