Learn about Charlotte USA's more than 130 aerospace suppliers and its thriving aviation industry. 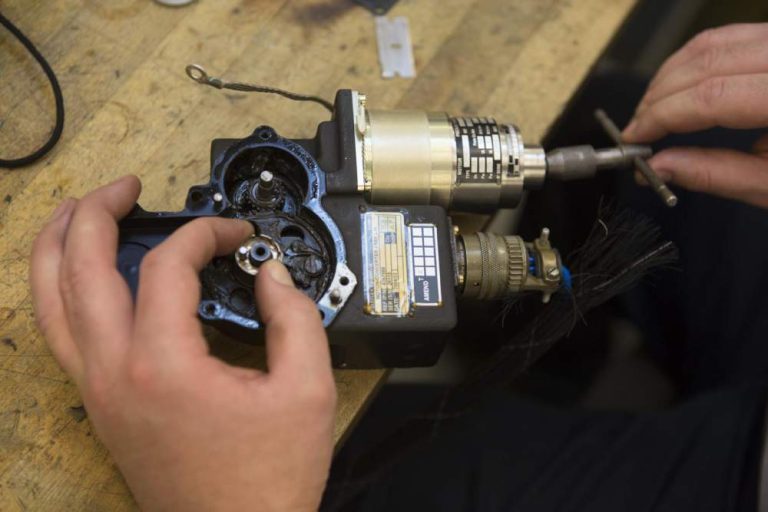 Thirteen years ago, Chris Platé, Union County’s chief economic development official, appeared before the Monroe, N.C., City Council with what seemed like an outlandish proposal: for the city and county to concentrate on building a foundation for a local aerospace industry. The idea would have furrowed brows at any time in a county built on agriculture. But this was early 2002, in the nervous months after 9/11, when fewer flights were taking to the skies and aviation looked like exactly the wrong business for cities and counties to chase.

“The council looked at me like I was absolutely out of my mind,” Platé says. “Everybody else was leaving aerospace, and we wanted to move in?”

Platé’s notion has helped boost Charlotte USA’s aerospace sector, one of the largest and fastest-growing in the Southeast. The region is home to a growing number of aviation and aerospace companies, such as UTC, General Dynamics, Michelin Aircraft Tire, ATI Allvac, Turbomeca Manufacturing and Curtiss-Wright, which moved its headquarters to Charlotte from New Jersey in 2014. But Union County, in particular, is home to one of the largest aviation and aerospace clusters in the Carolinas, with 19 companies that employ more than 2,600 employees.

The region has a highly skilled labor pool with specialized avionics skill, including expertise in such areas as precision metrology and optoelectronics. South Piedmont Community College in Monroe has established an Aerospace and Advance Manufacturing Training Center that focuses on those areas, a factor Platé says has helped attract numerous aviation firms.

One of those factors is Midway Aircraft Instrument Corp., which in 2014 completed a $2.3 million, 27,000-square-foot facility in Monroe. President Terry Bacola says labor and real estate costs in the company’s former home of Teterboro, N.J., forced Midway to relocate in 2013. The company started by looking at Southeast right-to-work states such as Arkansas, Georgia and Tennessee in addition to North Carolina. Little Rock, Ark., offered everything the company was looking for except one thing: transportation infrastructure, especially access to Charlotte Douglas International Airport. Virginia had good infrastructure but higher costs. Union County, though, had not only access to Charlotte Douglas and other regional airports but was already home to UTC, another former New Jersey company that Midway had worked with as a repair agent. In aerospace, as in any other industry, proximity to suppliers and buyers is a big part of the equation.

“It never occurred to me that they were here,” Bacola says. “If you’re part of the aviation industry, it’s just a natural … We have met all our objectives. I put together a business plan on financials three years ago, a five-year plan, and so far, we’re almost exactly on plan. We had to reduce costs by about 30 percent, and we got that exactly. That’s a success.”

Bacola says workers in Union County work harder and with fewer complaints than what he experienced in the Northeast. Part of the success comes from the area’s wealth of workers skilled at machine-building and metalworking, which meant an easy transition to manufacturing airplane parts, Platé says.

Also, Union County’s location in the Charlotte region has helped the area attract the kinds of workers who might not already live there: “Charlotte’s a contemporary city with museums, nightlife – all the things you’d want to recruit people with Ph.D.s and master’s degrees, and just far enough outside of CLT to pick up the hourly worker,” Platé says. “It’s ideal for high-end manufacturing.”

The hardest part, he says, was in convincing the first leading industry name to relocate, laying the first brick in what he calls “centers of excellence.” Once a leading company relocates, others follow, and the momentum builds on itself. Landing Goodrich in 2005 was the first domino, and everything else since then has fallen into place, he says. The county persuaded Goodrich by emphasizing the area’s natural advantages, which Bacola cited, and stressing the quality of a workforce that had progressed far beyond Union County’s agrarian roots, Platé says.

“We’re not just guys who can punch out widgets.”