The financial services industry continues to be a strong economic driver in the Charlotte region – and it keeps growing. 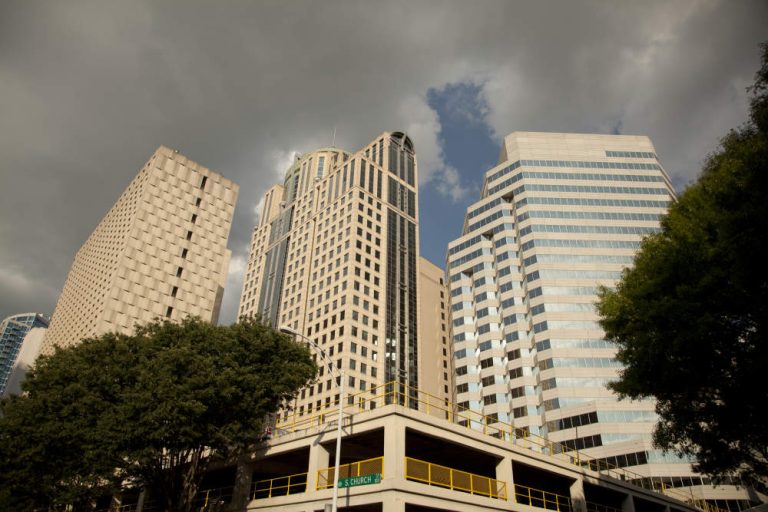 Charlotte’s reputation as the global capital of financial services keeps getting stronger. Holding more than $2.13 trillion in assets, the city ranks as the nation’s second-largest banking center, with a financial services sector that employs 67,000 people across the region. It serves as home base for Bank of America – one of the world’s largest banks – and the East Coast headquarters for Wells Fargo, while also housing major operations for financial services powerhouses such as TIAA-CREF, CitiFinancial and IBM Global Services. Also flourishing in the area are fast-growing firms like LendingTree and Irongate Home Finance LLC, a mortgage provider founded by former UBS and JPMorgan Chase executives that established its headquarters in Charlotte in 2014, creating 125 new jobs.

Because of the depth of the region’s financial services expertise and the presence of major banks and financial services firms, the area is also a magnet for shared services and customer service and back office operations for corporations like MetLife and others. Charlotte has more than 75 back office and service center operations, with over 20 of those employing more than 500 workers.

A key advantage for back office operations is the pool of more than 25,000 information technology professionals who work in the region – a workforce that represents for one out of every four IT workers employed in the Carolinas. That rich talent pool helped persuade global insurance giant American International Group (AIG) to locate its new technology center in Charlotte in 2014. The center, which will develop software and technology for AIG’s U.S. insurance business, is expected to pump 230 high-paying jobs into the region by the end of 2017, in addition to those AIG already supports at locally based property and casualty insurance offices.

Financial technology startups are also multiplying in Charlotte. Homegrown firm Avidxchange, which develops automated invoice and bill payment technology, is investing $21 million to expand in the city where it was founded, adding 603 jobs to the 200 it supports at its Charlotte headquarters.