Looking for a fun, supportive city with a vibrant LGBTQ scene? Durham is the place to be. 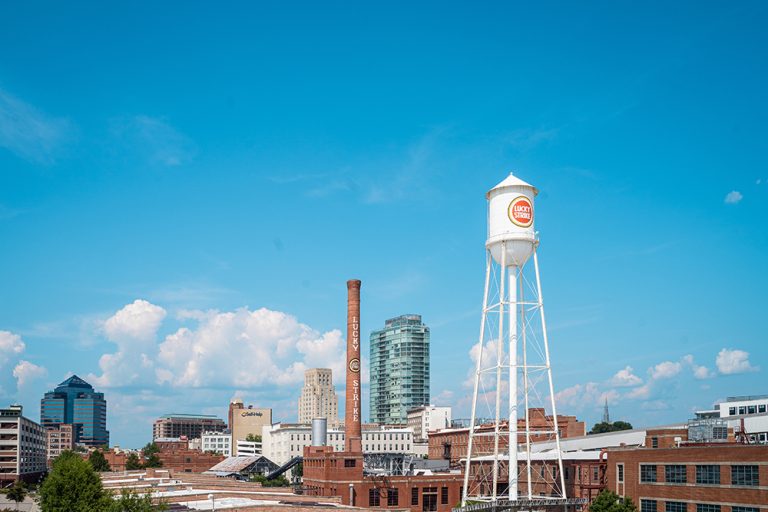 Southern Pride is our monthly column exploring and celebrating LGBTQ culture in Southern cities. This month we’re heading to the Tar Heel State to check out the scene in Durham.

If you are a foodie who dreams of planting roots in a city with a vibrant arts and culture scene that also embodies the essence of Southern living, then Durham deserves a closer look. The Bull City is brimming with opportunities for creatives and food enthusiasts alike, but more importantly, its commitment to embracing flair and diversity extends beyond the canvas and kitchen to the LGBTQ community as well.

With a history rooted in fighting for inclusivity and a host of activities, resources and amenities for the queer community, Durham is an enticing location for those looking to move to the South. The following are just a few of the reasons you should consider this Southern locale.

A City Rooted in Inclusivity

If the past is an indicator for a city’s future, then Durham gives its LGBTQ community plenty of reason to feel confident in its dedication to inclusivity. With a history rooted in the civil rights movement, Durham was the site of some of the very first sit-ins to protest segregation. Additionally, the city is home to the first African-American-owned insurance company and, most notably, birthplace to Pauli Murray – the first African-American queer female Episcopal priest. Murray’s home is now a national landmark and her incredible life story as an activist who tirelessly fought for the equal rights of all individuals, can be viewed online.

Along with its history in support of Civil Rights, the Durham community more recently came together to show support for gender-neutral bathrooms in protest of HB2. The Chamber, along with a multitude of businesses and public figures, boldly stood together in defense of the city’s dedication to embracing all. Moving forward, Durham’s LGBTQ locals can feel confident that they are part of a community that supports their rights.

Durham offers a wide range of resources and support systems for queer folks of all ages and orientations. The LGBTQ Center of Durham offers a variety of programs that support queer individuals and their families and their site has a comprehensive list of LGBTQ resources. PFLAG Triangle offers support and resources for parents, families, friends and allies of the queer community.

Children and adolescents can also find the support they need at places like iNSIDEoUT, a youth-led organization for queer children and teens. And Queer-Oriented Days of Summer, known as QORDS, is a summer camp program that offers week-long overnight summer camps for queer youth and the youth of queer parents. During their stay, kids form bands, write songs to perform for each other and have the opportunity to attend workshops on issues related to gender identity.

In August Durham hosts the North Carolina Gay and Lesbian Film Festival. Featuring shorts, documentaries and feature films that celebrate and communicate what it means to be a queer individual, the festival is the second largest gay, lesbian and transgender film festival in the Southeast.

Every September Pride Durham brings thousands of supporters to the city streets for parades, 5K runs, brunches, parties and more. The annual pride celebration works to keep activism in the forefront of everyone’s minds while celebrating with next-level entertainment and gatherings that help bring the LGBTQ community closer.

While the larger Pride celebrations and festivals set the tone, the city also boasts a wide array of other events, including an incredible nightlife scene complete with dance parties, karaoke and drag performances. The Pinhook and The Bar are two of the most popular LGBTQ venues.

The Durham food scene has won accolades from the likes of Southern Living and Bon Appetit. This comes as no surprise as it’s home to restaurants like Mateo and Vin Rouge which are owned by chef Matthew Kelly who has been nominated for prestigious awards.

Additional eateries to explore include Bar Virgile and Alley Twenty-Six. Fortunately for Durham residents, there are so many fantastic restaurants that foodies will never get bored.

Durham’s arts and culture scene is thriving, offering plenty of things for locals to enjoy, including museums, theater and dance. The Durham Performing Arts Center is a nationally recognized theater that hosts a variety of live entertainment options. The prestigious Nasher Museum of Art at Duke University shows exhibits that travel the world, but local artist and artist collectives are abundant as well. In short? Those looking to live in a vibrant and welcoming Southern city will not be disappointed by Durham.