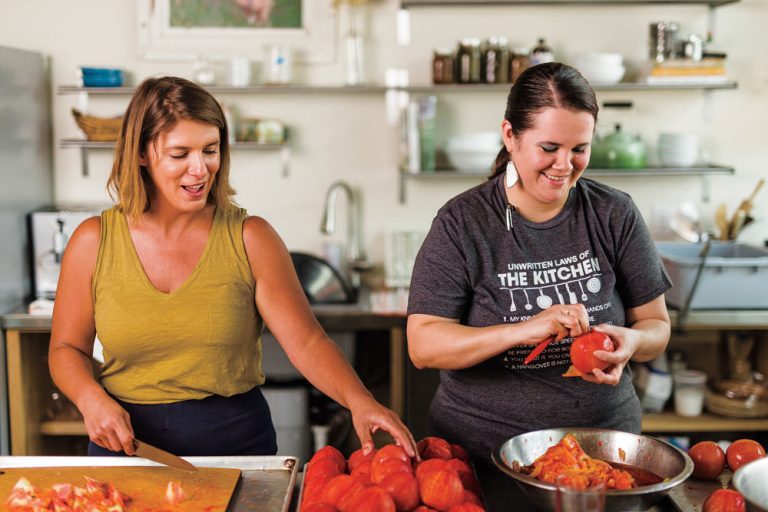 Entrepreneurs can work where they want to live, and with increasing frequency they are choosing Eastern North Carolina.

Innovative companies are springing to life in communities across the region, whether from homegrown talent, graduates of the region’s standout universities, transitioning military or early retirees who have relocated and are starting new ventures.

“Greenville is not necessarily considered a technology hub but we have been able to attract extremely talented people from as far away as California, Las Vegas and Atlantic City,â€ says Dan Owens, director of marketing at Grover Gaming, a leading provider of entertaining gaming experiences.

By leveraging Greenville’s small community feel and the cosmopolitan university culture offered by East Carolina University (ECU), companies like Grover Gaming have been able to attract – or retain – the kind of smart people who can help entrepreneurial businesses grow and thrive.

“Eastern North Carolina is an area that offers scenic beauty and plenty of adventure. It’s the perfect place for people with a curious imagination who want to live life to the fullest,â€ says Owens.

The diverse and driven nature of the community is exciting, says Kate Cooper, who leads a team of analysts at 280first, a company based in Silicon Valley that provides a financial services platform that analyzes unstructured data from corporate filings to produce material insights for investment professionals.

“We analyze text data from quarterly and annual filings and find bits of key information that might be buried inside the text of the filings,â€ she says.

280first, established in 2014, opened a satellite office in Greenville two years ago and hasn’t looked back, with Cooper noting rich talent pool that comes out of ECU being attractive to local employers. But it’s equally important that recent university graduates see Eastern North Carolina as a fantastic place to launch a career.

“The area has every convenience as well as great options for dining and culture and also feels like a place with a lot of opportunity and a lot of room for growth,â€ Cooper says.

Among the dining options are those of chef/author/PBS personality Vivian Howard, who operates two restaurants in Kinston, the Chef & the Farmer and the Boiler Room Oyster Bar.

But to be sure, local communities aren’t resting on their laurels. In fact, area municipalities want to continue to maintain a welcoming and supportive business climate for entrepreneurs and their families.

To highlight one example, Elizabeth City has launched a wireless network in conjunction with internet service provider Eastern Shore Communications, one that brings affordable high-speed broadband to Elizabeth City businesses and residents alike for as little as $20 per month for basic service.

“We had concerns about the prices that legacy providers were charging our citizens,â€ says Rich Olson, city manager for Elizabeth City. “We heard horror stories from industry in terms of what businesses were paying for broadband access. At the same time, we saw we needed to do something to make sure that our K-12 schoolchildren could afford to have basic internet service in their homes.”

Businesses in the region are increasingly amped up about the prospects for the future.

“In 2013, we had about 30 employees,â€ says Owens. “Today we have over 100, and anticipate reaching 200 in the next year-and-a-half. Thanks to the acquisition of [new] distributors, our need for talented programmers, developers, artists, audio designers and .NET developers has increased considerably.â€

The bigger, long-term picture looks even brighter, according to Owens.

“We’re seeing tremendous growth in education and technology, which helps Grover Gaming from a hiring and talent acquisition perspective,” he says. “That kind of growth creates jobs and opportunity. As Greenville continues to grow, so do opportunities for the entire Eastern North Carolina region.â€