North Carolina's Eastern Region is building on its reputation as a first-class market for value-added agriculture and food production. 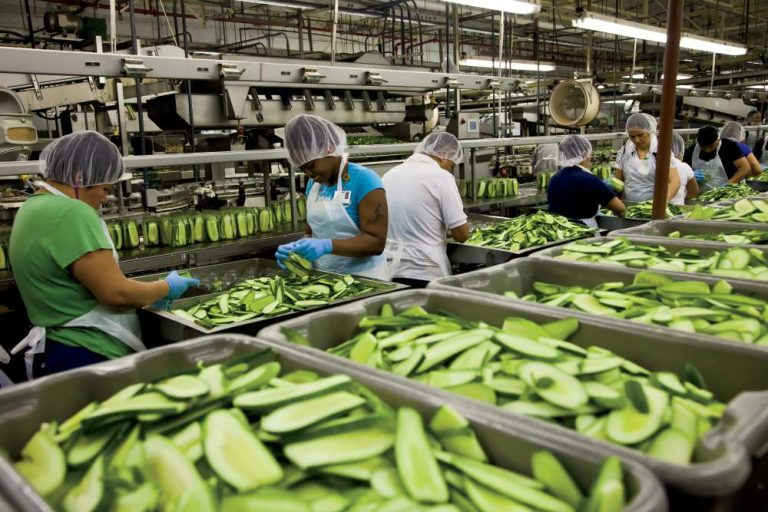 Eastern North Carolina has long been known as a center for agriculture and food production, and the region continues to build on that reputation. Value-added agriculture and food-related industries brought more than $300 million in new investment and 800 jobs to the area over the past year – and activity in these sectors, which support more than 20,000 workers across the region, shows no sign of slowing.

The region offers an ideal climate for growing a variety of crops and supporting livestock and a robust transportation network for moving commodities to markets across the nation and around the world. Eastern North Carolina also benefits from state-sponsored research farms as well as resources available through North Carolina State University’s Cooperative Extension Services.

One of the biggest coups for the industry recently was an announcement by ACX Pacific Northwest of its plans to invest $4.7 million to establish a hay processing facility in Wayne County. The first of its kind on the East Coast, the facility will export hay purchased from area farmers and processed locally to the Middle East and other regions around the globe through the Port of Norfolk. Additionally, the world’s largest hog producer, Smithfield Foods Inc., which operates several plants in the region, is preparing to boost its exports to China as part of its merger with Hong Kong-based Shuanghui International Holdings (recently renamed WH Group).

Eastern North Carolina is also seeing a great deal of interest from international firms in the agricultural market. Nutkao USA, a subsidiary of an Italian producer of cocoa and hazelnut spreads, announced plans to locate its first U.S. manufacturing operation in Rocky Mount, investing more than $17 million in Nash County over the next five years and creating nearly 100 new jobs. And local firms are expanding into their own specialty niches. Ham Produce Company, a major sweet potato producer, is developing a vegetable dehydration facility in Pitt County. Scheduled for completion in 2014, the Farmville facility will create 57 jobs and dehydrate significant quantities of quality vegetables for use in various food products, according to vice president Stacy Ham.

Other firms growing in the area include Sanderson Farms, which operates a feed mill, poultry processing facility and hatchery in Lenoir County’s Kinston, and Mt. Olive Pickle Company, which is undergoing a $4.1 million, 77,000-square-foot expansion to its Wayne County production and warehouse space to accommodate future growth. From its humble beginnings as a community-owned plant, the company has grown to become the producer of the nation’s bestselling brand of pickles, and “we have maintained that sense of community to this day,” says Bill Bryan, president of Mt. Olive Pickles.

Of the estimated 55 million pounds of cucumbers and peppers processed at the Mt. Olive-based facility, more than one-third comes from state and regional farmers. The plant has 550 year-around employees, many of whom grew up with farming backgrounds and know how to work with perishable products.

“From our perspective, we think the agriculture and food industry in the region will continue to thrive,” says Joanna Helms, president of the Wayne County Development Alliance. The increased emphasis locally on preparing students for employment in these fields through career readiness certificates gives employers a reservoir of talent to draw from when looking for qualified workers to staff their plants, Helms notes.

Food, Fuel Initiatives for the Military

Eastern North Carolina’s other leading sector – the defense industry – is partnering with agricultural and food producers on a set of programs under the banner Food & Fuel for the Forces. Among the many parts of the initiative is development of biofuels for use at military installations.

“A great deal of progress has been made in getting Eastern North Carolina agriculture and food products on the shelves at commissaries and served in mess halls at military installations in the region,” says George Miller, program manager the NCEast Alliance Food & Fuel for the Forces initiative.

In just the past few years, the number of locally produced foods sold at military commissaries has increased by more than 20 percent. Another first is planned for this summer, when a farmers’ market will open at the Camp Lejeune military base.

“This is a great start for us, and hopefully it will be expanded to other bases in the future,” Miller says.

In 2014, the region held its first Food for the Forces conference in New Bern to bring together producers, distributors, and users to discuss ways to improve and expand local production and purchasing of locally grown food products.