International companies find the region a welcome place for investment 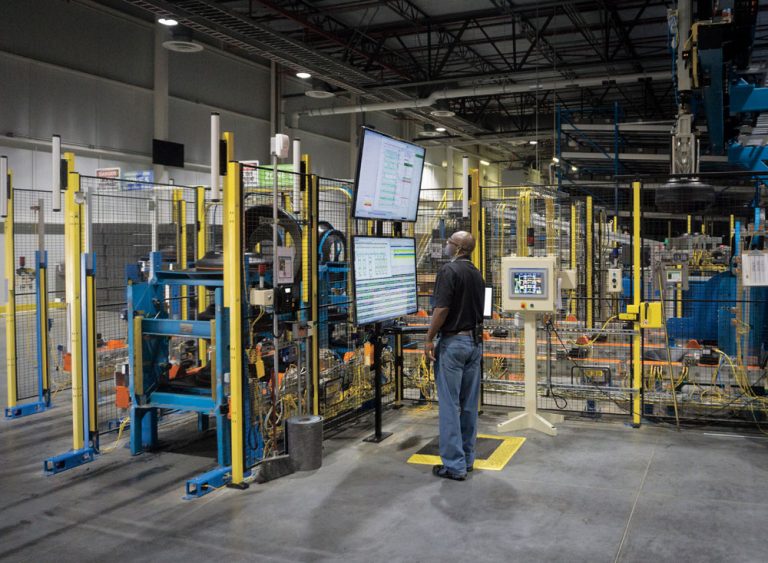 The world is beating a path to the 28-county Eastern North Carolina region, where a roster of international companies is creating the jobs of the future and investing billions of dollars in new and expanding operations.

The region is a center for global commerce with investments from a growing list of international companies, says John Chaffee, president and CEO of NCEast Alliance, the region’s lead economic development organization. More than 50 foreign-based companies operate facilities in the region representing more than 25 different countries.

New announced projects totaled more than $1 billion by companies from China, including Triangle Tyre. The tiremaker is investing nearly $580 million in Edgecombe County and expects to create up to 800 jobs.

International companies contribute to virtually every industry sector in the region, from value-added agriculture to advanced manufacturing and life sciences. The roster of major foreign-owned companies includes Bridgestone, ABB, Sandoz and Saint-Gobain.

Some of them are launching their first U.S. operations, including Triangle Tire, MegaPulse USA, US Wire and Stormberg Food.

Stormberg Foods selected Eastern North Carolina after receiving a referral from US Wire. After considering several options in the region, the company selected Wayne County.

Stormberg, a fourth-generation company, produces a meat-based snack that is similar to beef jerky, called biltong, that is popular among health enthusiasts, athletes and outdoor enthusiasts.

“At the end of the day, Wayne County offered us what we needed: the right type of factory, proximity to a labor force with the right skill sets and a very business-friendly attitude,â€ says Gary Moorcroft, owner of Stormberg Foods.

The company will provide high-level training for senior personnel in South Africa. It is investing more than $3 million in phase one of the project and expects to create a total of 60 positions.

The region is a hub for foreign direct investment (FDI). Examples include AMSO (a Denso Company) and Keihin CST from Japan; Poppies, a Belgian company; BSH/Bosch, Carolina Technical Plastics/Wirthwein and Fresenius Kabi, all from German; and DSM, with ownership in the Netherlands. Other examples of FDI include Nutkao, from Italy, LS Tractor, a Korean enterprise, and Domtar and Nutrien, both from Canada, says Chaffee.

Fresenius Kabi, a global health care company that specializes in medicines and technologies for infusion, transfusion and clinical nutrition, is expanding its manufacturing operations in Wilson County.

The expansion will bring hundreds of new jobs and more than $100 million in investment to Wilson County, where the company currently employs more than 100 people. Fresenius Kabi will add a variety of job functions with the expansion, including production specialists, engineers, scientists and managers. The company’s global headquarters is in Bad Homburg, Germany.

Another international health care company, Mayne Pharma of Australia, completed an $80 million oral solid-dose manufacturing facility in Greenville. The 126,000-square-foot plant more than quadruples Mayne’s capacity to produce oral solid-dose products in the U.S. to well over 1 billion doses and allows for the production of additional products.

The company expects to introduce more than 20 products and double its manufacturing volumes at the Greenville site.

“This new Greenville facility will greatly enhance our internal capacity and capability to support the mid- to long-term growth potential we see for our business and allows us to manufacture in the United States advanced drug delivery technologies that until today were only available in our Australian facility,â€ says Scott Richards, Mayne’s chief executive. “The new plant will enable us to better control our supply chain, serve our customers better and reduce product costs.â€