Eastern North Carolina is a Locality with Vitality 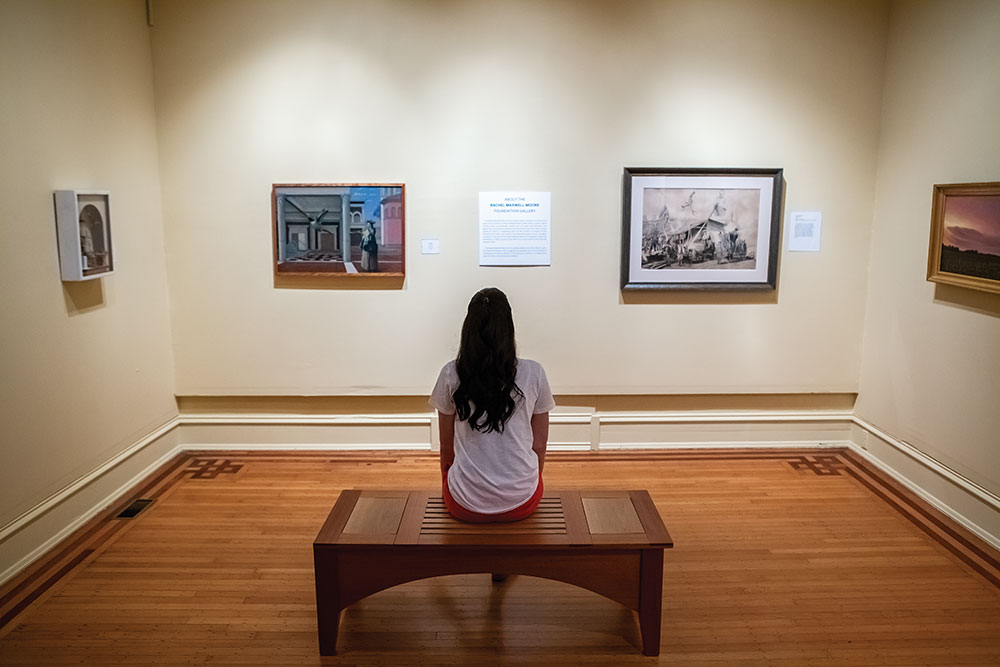 It is easy for residents to make their mark in the communities of Eastern North Carolina. And those marks are especially evident throughout the region’s various downtowns, from vibrant local arts projects that brighten the appearance to a growing number of dining and entertainment options that enhance the quality of life.

“The communities in Eastern North Carolina are of a size that people can get involved and feel like that they matter, and not just be lost in the shuffle,â€ says Julie Metz, director of downtown development for the city of Goldsboro. “There is such a close network of different-sized towns that there’s always something for people to do and experience. We’re near both the beach and two larger metro areas. The people are nice and friendly, it’s affordable. It’s just a great place to be.” 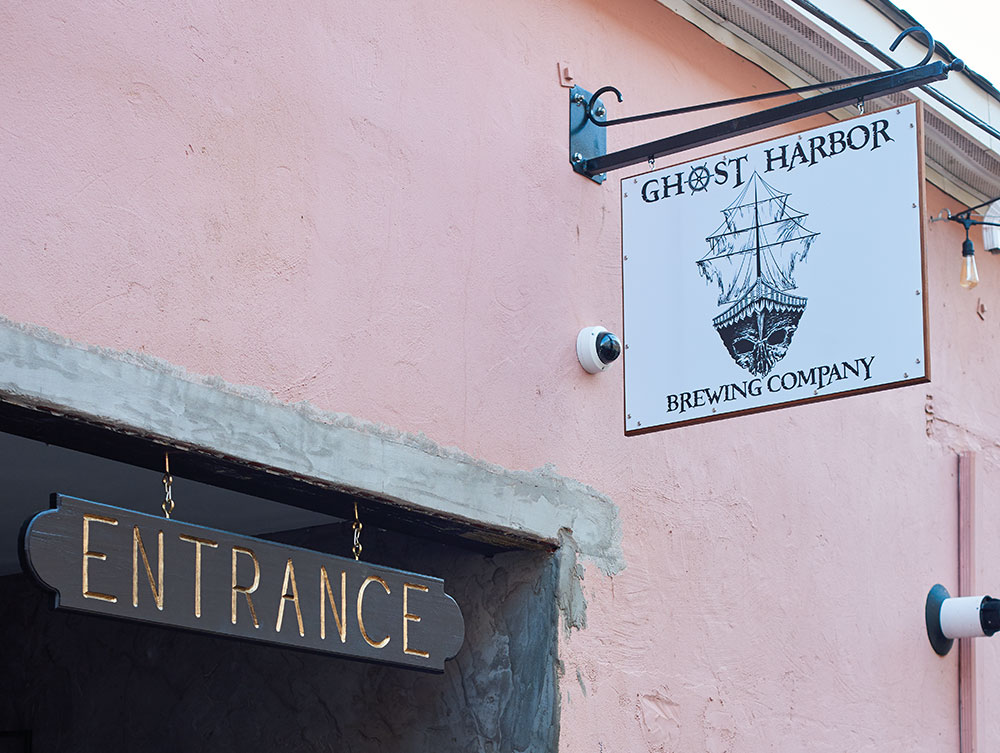 Thomas and Tabitha Reese quickly discovered all those benefits when they moved to Elizabeth City in 2007. After a decade of enjoying the charms of smaller-town life, they decided to make their own mark by opening Ghost Harbor Brewing Company in 2017 in a renovated building along Elizabeth City’s historic Pailin’s Alley.

Not only did the brewery give residents yet another local entertainment option, but it also helped spur further development in Pailin’s Alley, a cut-through that has the look and feel of old New Orleans. Two restaurants and a pub have opened in recent years, and Ghost Harbor is expanding to create a new tasting room.

“The alley has now become a space in itself where people like to come and hang out and enjoy themselves,â€ Tabitha Reese says. “The whole area is really filling in around here. You can see the difference compared to just a few years ago, and it’s going to progressively get better.” 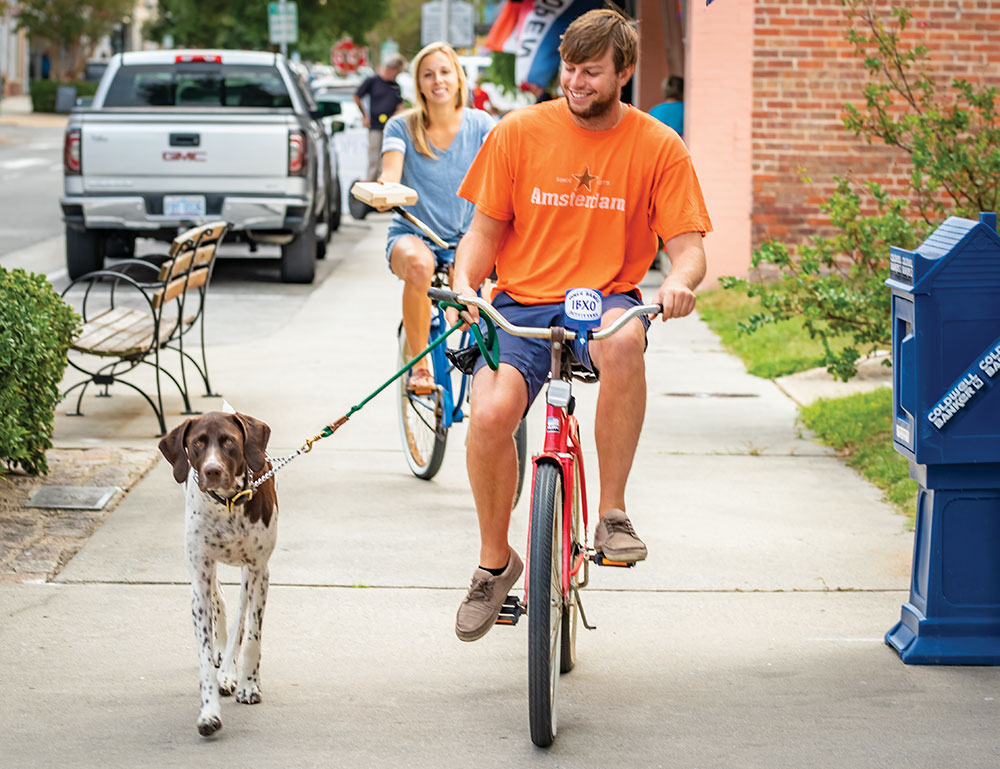 Elizabeth City also is using a $200,000 grant from North Carolina’s Main Street Solutions Fund to renovate a historic downtown building. Seven Sounds Brewing Company will operate on the first level, with an outdoor patio and deck overlooking the water, while the second story will be transformed into a 7,000-square-foot event space.

This type of downtown revitalization is happening in communities throughout Eastern North Carolina. The city of Washington, for example, has seen more than a dozen projects come to fruition in recent years, including a waterfront housing complex (Moss Landing) and a farm-to-table restaurant, The Hackney, located in a restored former bank building.

Money Well Spent: All Aboard in Eastern North Carolina

The city also has antique stores, art galleries, a performing arts center and even an annual film festival, Marquee on Main, which is held in the historic Turnage Theatre. All of which helped Washington receive a nomination for Best Main Street by the show Small Business Revolution.

“There has been a communitydriven effort to revitalize this area,â€ says Catherine Glover, executive director of the Washington-Beaufort County Chamber of Commerce. “We have a lot of entrepreneurs who have decided that this is where they want to live, and they want to invest in the community and create great businesses for this area.

“People saw the potential that we have and started to invest. It’s been exciting to see people take the older buildings, some of which had been vacant for years, and bring new life to them. The community has come together to make this happen.”

Training Grounds: How Eastern North Carolina is Building a Workforce

Art is playing a key role in many of these revitalization efforts. Elizabeth City and Greenville both stage monthly First Friday Art Walks, while the city of Goldsboro has made the arts a visible part of its downtown, with murals, sculptures and other works on prominent display.

“It’s made downtown a cultural arts center with more of an urban lifestyle feel,â€ Metz says. “People come downtown to take Christmas photos and prom pictures. Professional photographers use downtown as their canvas. We’re now identified through the arts. A number of people have taken part in making this happen. We have an active board of about 70 people, working to create and implement this vision for downtown. It’s been a lot of little things that add up to making something that’s different and interesting and a great experience for people.”

Opening its doors to the public every Tuesday through Saturday, the Greenville Museum of Art (GMA), which is housed in a classical revival home on South Evans Street, welcomes about 15,000 visitors a year. At no cost, attendees can view hundreds of artworks that are showcased on a rotating basis. One of the highlighted permanent exhibits focuses on North Carolina Pottery. GMA also schedules lectures, workshops and interesting events throughout the year.

Museum of the Albemarle

In Elizabeth City, the Museum of the Albemarle celebrates the cultural history of the Albemarle region, which spans 13 counties throughout northeastern North Carolina. The region is already unique geographically because it is half land and half water. Exhibits include Our Story: Life in the Albemarle, North Carolina Shad Boat and River Bridge: Sunken Secrets.

Imperial Centre for the Arts & Sciences

In Rocky Mount, the Imperial Centre for the Arts & Sciences features an arts center, children’s museum, planetarium and a community theater. One of the most popular exhibits is called Live Animal Gallery, where children can enjoy live reptiles, mammals, amphibians, birds, fish and insects.

The oldest museum in North Carolina is the Cape Fear Museum of History & Science in Wilmington, founded in 1898. It features a collection of 52,000 artifacts related to the history, science and cultures of Lower Cape Fear, which is a 50-mile radius around Wilmington. One of the popular exhibits is on Michael Jordan, the basketball superstar from Wilmington.

Visitors can take a passenger ferry from Southport to access Old Baldy Lighthouse & Smith Island Museum on Bald Head Island. The Bald Head Lighthouse, better known as Old Baldy, is the oldest lighthouse still standing in North Carolina, and tourists are encouraged to climb its steps to the top for an incredible panoramic view and photo opportunities. The ground-level Smith Island Museum is filled with interesting maritime artifacts.