An Edgecombe Community College teacher is trying to get more women interested in STEM curricula. 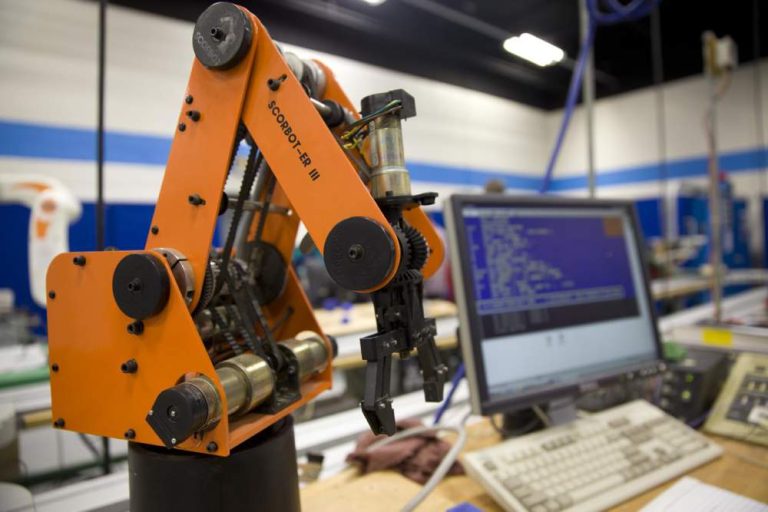 It’s a fact that more male students enroll in engineering-based programs than females, but Rebecca Stamilio Ehret wants that trend to change. The physics and industrial/technical trades instructor at Edgecombe Community College has developed a nationally recognized plan to reduce the dropout rate for female students in STEM (science, technology, engineering and math) programs. Her Women in STEM Retention Plan has been recognized by the National Science Foundation.

“It all goes back to how most females are raised,” Ehret says. “Young girls play with dolls and play house and build relationships to help people, while boys play with Legos and Lincoln Logs and then repair cars and use tool sets.

Since most girls are brought up that way, we can’t always just flip a switch and make them interested in engineering and technology.” Ehret says her own childhood involved not only playing with dolls but also with Legos and Tinker Toys, contributing to her early interest in science.

“In my classroom, I try to build success with my female STEM students on the first day,” she says. “If we complete a simple activity that everyone can do well, their confidence to master the coursework increases. It all begins from day one.”

Another program Ehret participates in is Engineering Pathways, which brings engineering instructors at North Carolina community colleges together twice a year to discuss progress. “In Eastern North Carolina, female STEM grads can go into great careers like pharmaceuticals, computer engineering, health care, designing and architecture,” she says. “I have some females currently enrolled in my classes and will continue working to keep increasing those numbers.” Read more about STEM in Eastern North Carolina.