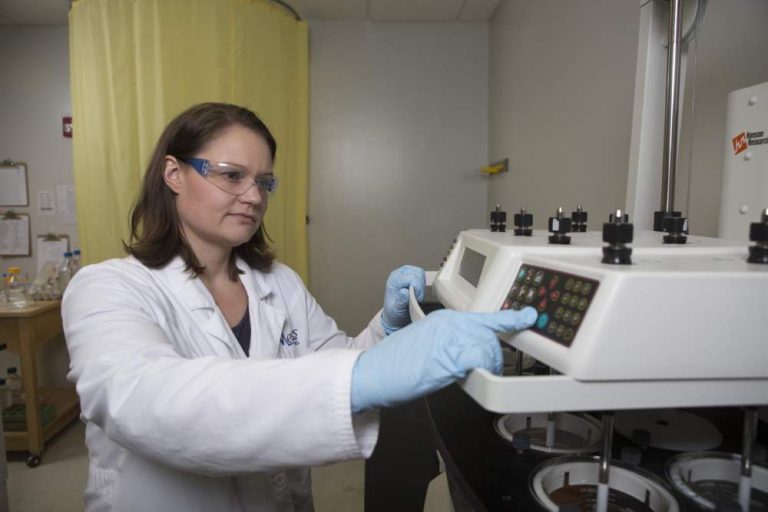 At least two major pharmaceutical companies have begun major expansions. A string of recent acquisitions has spurred plans for investment in facilities that will boost production and improve the workforce. And local higher education institutions have made strides in helping graduates be better prepared to work in pharmaceutical and similar industries. Those are just a few signs of how the life sciences industry is booming in Eastern North Carolina. The life science industry, which includes pharmaceutical development and manufacturing activities, employs more than 12,000 people in high-paying jobs that require skilled chemists, biologists, engineers and others with advanced educations. The opportunities are increasing as well.

One example: Mayne Pharma an Australia-based company that develops and manufactures branded and generic pharmaceutical products globally, is undergoing a $65 million expansion of its Greenville facility that will include the hiring of 110 employees over the next few years. At a site that currently employs 350 people, the new positions will include scientists, quality assurance specialists and manufacturing operators. Positions will have an average salary of $60,000. Likewise, Durham, NC-based Patheon is expected to add nearly 500 new jobs to its Greenville sterile-fill facility by 2019, the expected completion of its $159 million expansion project. The site currently occupies 1.5-million square-feet and produces aseptic liquid fill, lyophilized products and oral dosage forms, along with related services. Patheon acquired the facility which was originally developed in 1969 by Burroughs Wellcome Co. Nearby biologics companies, Novo Nordisk and Grifols, also announced major expansions totaling over $2 billion of investment that will create another 1,000 high-tech, high-wage jobs.

Why Jacksonville, NC is a Great Place to Live

Recent acquisitions have brought major global players to the region. In 2015, pharmaceutical giant Pfizer acquired Hospira, a leading provider of injectable drugs and infusion technologies. That acquisition included a Hospira plant in Rocky Mount, that just completed a $100+ million expansion that added over 300 workers to the company’s 2,000+ workforce. Another recent acquisition involved the purchase of BD Medical by Fresenius Kabi, a sterile injectable drug maker in Wilson. Pioneer Surgical Technology of Greenville was purchased by Florida-based RTI Surgical in 2013. Since then, the company has nearly doubled the size of its Greenville plant, from 8,000 to 15,000 square feet. The plant, which manufactures an engineered advanced bone graft products used primarily for spinal surgeries, is steadily growing. And like many life science companies in the region, it’s realizing the benefits of a solid workforce. “We’ve done very well with the workforce here,” says Chris Flanagan, plant manager for RTI Surgical’s Greenville facility. “We have a great group of people. They own what we do and they’re very proud of what they make here. That’s one of the main reasons we’ve been successful,” says Flanagan, who recently relocated to the area from Boston with his wife, Melissa.

A key factor for the success of the region’s life sciences industry is the ever-improving education of the workforce. With a $1.75 million grant from the Golden LEAF Foundation in March 2015, East Carolina University and Pitt Community College established the Pharmaceutical Development and Manufacturing Center of Excellence. The schools work closely with companies such as Patheon, Mayne Pharma and Pfizer, offering short courses, workshops and discussion groups on pharmaceutical-related topics. The Center of Excellence has enabled ECU to prepare even more of its graduating students for careers at the region’s pharmaceutical companies. “The companies they go to work for are excited to have people who have seen some pharmaceutical topics, to have critical lab skills or thinking on subjects that are related to the pharmaceutical industry,” says Jack Pender, director of ECU’s pharmaceutical training and laboratory services. “It’s an advantage for students to be better prepared if that’s a career path they’re heading into, and it’s good for the employers who get new employees that have a broader knowledge of the pharmaceutical industry.” The number of graduates on track for careers in the life sciences industry has increased significantly, growing from typically around eight each year to 27 at the end of the 2015-16 academic year. “And from the (pharmaceutical-related) education they get here, it’s estimated it’s saving the industry three to six months of training,” says Keith Holmes, department of chemistry instructor and project manager for the Center of Excellence. “We’re very pleased with how that’s going.”