Why You’ll Fall In Love With Downtown Jacksonville, NC

We think after one visit to this downtown you'll know why this city is booming. 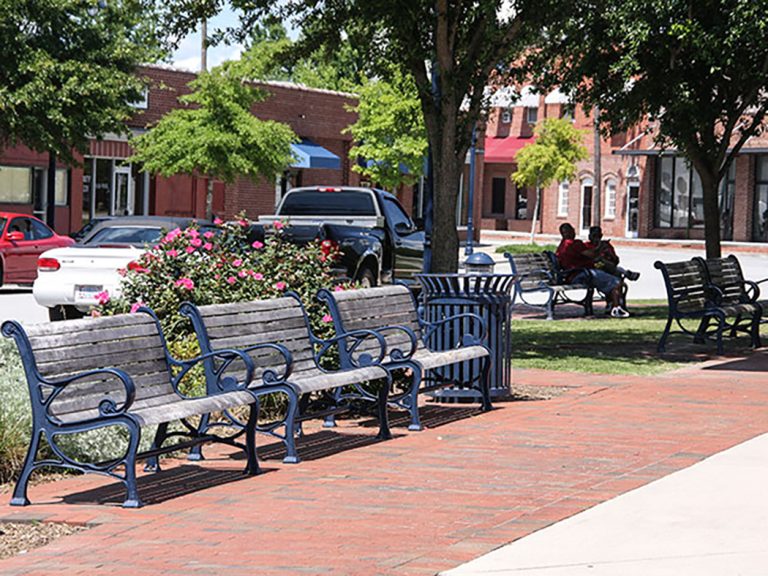 One visit to downtown Jacksonville, NC and you’ll be hooked on its rich tradition of hospitality, and its combination of historic sites and growing food scene. The area has a cozy charm that comes in part from its beautiful parks and down-home restaurants. But where it really shines is with its residents, who exude the hospitality and welcoming attitude that defines this small-but-growing city.

Things to Do in Jacksonville

The heart of the downtown area is its businesses, which range from unique—like the Organic Market, or the Bicycle Shop—to timeless, like Biagio’s, or the Courthouse Cafe, both great places to grab a bite. Other food options downtown range from authentic Korean and Moroccan cuisine, to food trucks, to healthy take-out with a mission. These local businesses not only define the downtown area, but Jacksonville as a whole. Each has its own style—and owners who care about the community.

After a great meal, it’s the perfect time to walk it off in any of the three parks located downtown. Gaze over Wilson Bay, hang out at Willingham Park, or just take a stroll along the New River. If you’re feeling adventurous, head up to Jacksonville Landing to launch a canoe or kayak, enjoy the river, and maybe even catch some fish. Riverwalk Park is home to many of Jacksonville’s seasonal festivals, including Oktoberfest, Winterfest, and the Riverwalk Palooza. Don’t forget to visit on the weekends either, as downtown’s romantic vibe makes for a pretty great nightlife.

Best Places to Eat in Jacksonville

Because of its military presence, Jacksonville is also one of the youngest cities in America—and any city that young is going to have plenty of places to unwind after a long week of work. The Angry Ginger Irish Pub, or Hooligans Pub and Music Hall, are both great places to share a pint (and maybe a jig) with the locals.

Jacksonville was named in honor of President Andrew Jackson, and Camp Lejeune was built in 1941, cementing the area’s patriotic soul—and its downtown embraces this longstanding celebration of military tradition. At its entrance you’ll find the Freedom Fountain, which honors the brave men and women who fight for our country.

With its rich tradition, delicious food, and Southern hospitality, downtown Jacksonville is sure to charm. Whether you’re walking through the park, munching on local fare, or honoring our nation’s heroes, you’ll find wonder, fun, and beauty in this vibrant city.