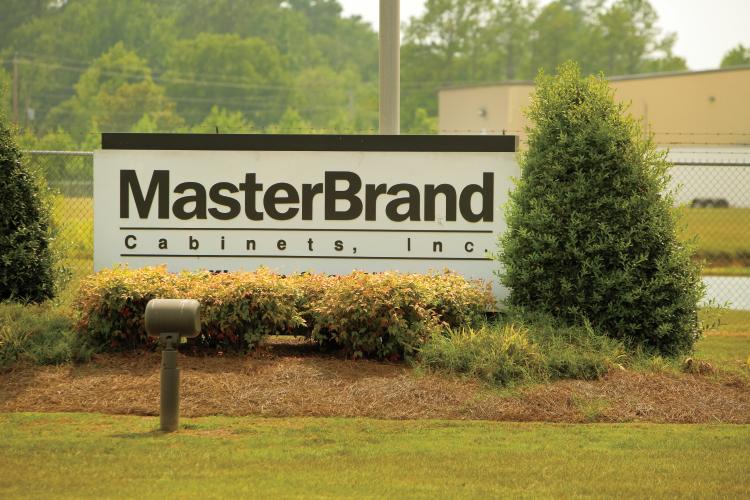 Since manufacturing is the second largest industry in Lenoir County, behind health-care and social assistance, adding approximately 350 new employees to the MasterBrand workforce not only supports the industry but boosts the local economy by bringing revenue to other Lenoir County businesses that support the factory workers.

This economic boost was emphasized by the lifestyle diva herself, when Martha Stewart toured the MasterBrand Cabinet facility. While the deal to produce cabinets for Martha Stewart Living was clouded in secrecy until the line was unveiled in September 2010, Martha Stewart traveled to Kinston in early 2011, along with designer Kevin Starkey, to see how the cabinets were produced and to meet some of the experienced craftsmen who help build her signature line.

“It was great to see for myself that the products are of the high quality our customers expect from us and I am happy with what I saw,” Stewart revealed on her blog. “I was also very glad to have the opportunity to thank the skilled men and women at MasterBrand who make these beautiful, innovative and practical cabinets.”

While Stewart’s high-profile visit to the MasterBrand facility brought plenty of attention to Kinston, Ron Cullison, general manager of the plant, was happy to note that the visit was not about the domestic guru.

Stewart also made time to visit a number of businesses before leaving Kinston, all of them just minutes away from the MasterBrand facility. On their way to the airport, Stewart and her designer Kevin Starkey stopped at Piggly Wiggly grocery store on U.S. Highway 70 East to buy some unique Mr. Pig T-shirts, then picked up some local cuisine next door at King’s Restaurant, which also ships its signature barbeque throughout the continental U.S.

Stewart and Starkey’s next stop led them to Mother Earth Brewing, after they noticed solar panels on the building’s rooftop while driving through town. Impressed by the company’s use of green technology to produce their signature selections, Stewart and Starkey also enjoyed touring the facility and seeing the striking commissioned artwork the company uses for the labels on their beer bottles.

Their final stop was Parrott Brothers Farm & Garden, a merchandiser established for years in the Kinston community. Seeds, vegetable-planting guides, garden tools, farm-themed toys and penny candy are among the many things Stewart and Starkey found in this one-of-a-kind store.

Read more on businesses in the Kinston area.