Location and access to key transportation options boost its manufacturing and distribution prowess. 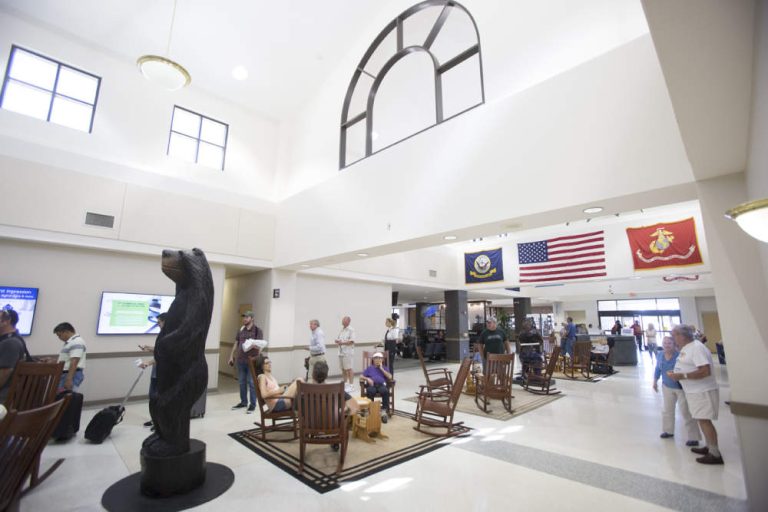 Coastal Carolina Regional Airport officials have plenty to declare these days, as the airport continues to be a key component of Craven County’s transportation infrastructure.

“We now serve around 250,000 passengers a year, with about a 50-50 split between business and leisure travelers,” says Andrew Shorter, director of Coastal Carolina Regional Airport. “We are one of only 10 commercial airports in all of North Carolina and we provide more than a $179 million economic impact to the area’s economy.”

The airport in New Bern, along with a strong highway and rail network and convenient access to nearby seaports, has helped Craven County draw investment from distribution and warehousing companies. The ease of transportation is also attractive to prospective companies looking for a good location to serve markets along the Atlantic seaboard and East Coast. “Our airport offers as many as 10 daily scheduled flights to Atlanta and Charlotte, connecting business travelers to locations around the world while accommodating many summertime travelers who visit the Crystal Coast vacation area and its beaches,” Shorter says. “Another economic factor is that Coastal Carolina Regional Airport is responsible for approximately 500 jobs both on and around the airport facility.”

The airport is only 1.5 miles east of the intersection of U.S. Highway 17 and U.S. Highway 70, two key thoroughfares that serve Craven County. From New Bern, U.S. 17 runs north to Winchester, Va., and south through Wilmington, N.C., while U.S. 70 passes through Craven County heading east to Morehead City – which has a major port – and west to Interstate 95, one of the East Coast’s major north-south routes. In addition, a process remains in motion for the entire 135-mile stretch of U.S. 70 in North Carolina to eventually be designated as an interstate.

Such a designation would be important for luring more distribution and logistics companies, since many major companies like to locate their warehouses along an interstate corridor. Craven County is positioned in close proximity to several major ports. The Port of Morehead City is only 35 miles southeast of New Bern, and since New Bern is located at the convergence of two navigable rivers, there is convenient barge service available to Morehead City. The Port of Wilmington is 80 miles southwest of New Bern and is one of the few South Atlantic ports with available storage areas for containers and cargo.

Another transportation asset in Craven County that assists the business community is the North Carolina Railroad Co., which provides freight service through New Bern as part of its 317 miles of North Carolina rail lines – including direct service to the Port of Morehead City to the east and Charlotte to the west. “Our company actually owns the rail line and leases the track to Norfolk Southern, which provides a Class I carrier to serve many companies in Craven County and throughout the state,” says Anna Lea Moore, vice president for economic development at North Carolina Railroad Co. NCRR, which was established in 1848, today books more than 1 million carloads of freight each year and approximately 20 percent of all rail freight hauled across North Carolina. The line serves 16 counties and has a railroad track located adjacent to Craven County Industrial Park, which is a short distance from large markets including Greenville, Kinston and Jacksonville, N.C. “If tenants at Craven County Industrial Park need rail service, a railroad spur can easily be constructed to their building to serve their freight-hauling needs,” Moore says. “Craven County is a long-standing good economic partner to North Carolina Railroad Company, and we do everything possible to serve their companies with efficiency and safety. It’s also a wise economic move for companies to use rail these days because the costs are significantly cheaper than trucking.”