Check out the best places to grab grub in this down-home country community. 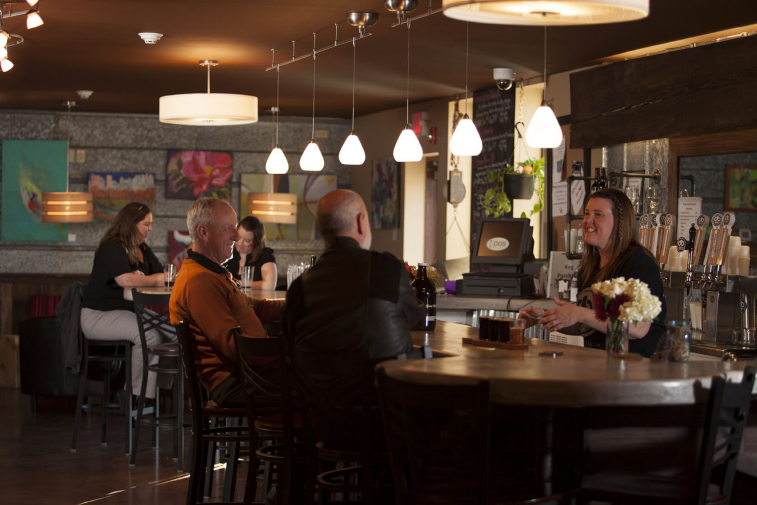 Every Johnston County community has local favorite restaurants. They range from fancy to frugal to suit diners’ budgets, yet none skimp on flavor.

Clayton doesn’t just have one of the best steakhouses in the region in the Clayton Steakhouse, it’s got Laugh Out Loud Comedy Club, the only comedy club this side of Raleigh. Other notable places to chow down: Festejos Mexican Restaurant, La Cocina, Juiced Up, Pie Sanos Pizza & Pasta, Sherry’s Signature Cheesecakes, Skylines Cafe, and The Flipside Restaurant and Lounge.

The Cleveland Draft House in Garner does the country bar thing right. Beer, sports on screens so big you’ll smell the hot dogs and cotton candy, and live music on Saturdays with no cover.

Sometimes simple is best. Need proof? Try the Edelweiss Deli. Or if you’re feeling spicy give Don Beto’s Tacos a taste – then cool off your palate at Hula Girl Ice Cream and Grill or the Creech Drug Company. But y’all, don’t leave Selma without pigging out at the Robbins Nest Restaurant’s barbecue buffet.

Parkside Cafe and Catering in Pine Level will sell you their soups or chicken salad in bulk. There’s a good reason for that – taste any of them and you’ll want to eat them by the gallon.

One look at Double Barley Brewing‘s website and you can tell they love beer, and they love people. They’re bringing craft beer culture to Smithfield with help from a community that loves them back – a successful Kickstarter campaign recently helped them build a new beer garden. Also check out: La Cocina, Mucho Mexico, Bistro on Third, Boathouse Seafood and Grill, The Chicken Barn, Mayflower Seafood, Gandolfo’s NY Deli

The self-proclaimed “home of good cooking,” King’s Restaurant will serve you country cooking like Mom’s (or maybe better.) If you’ve got any room left after all that goodness, check out Darlene’s Cone Cave for dessert.

Every day’s a fiesta (in your mouth) at the local familia-run El Charro in Benson. Or if you’re not feeling international, stop in at Miss Maude’s, Char Grill, or Meadow Village Restaurant.

We’re just going to come out and say it: Woodard’s Drug Store has one of the best milkshakes in Princeton. And maybe all of North Carolina. But don’t take our word for it – try one for yourself. Or three.