What happens when Midwestern modesty meets world-changing innovation? A tech hotspot with heart. 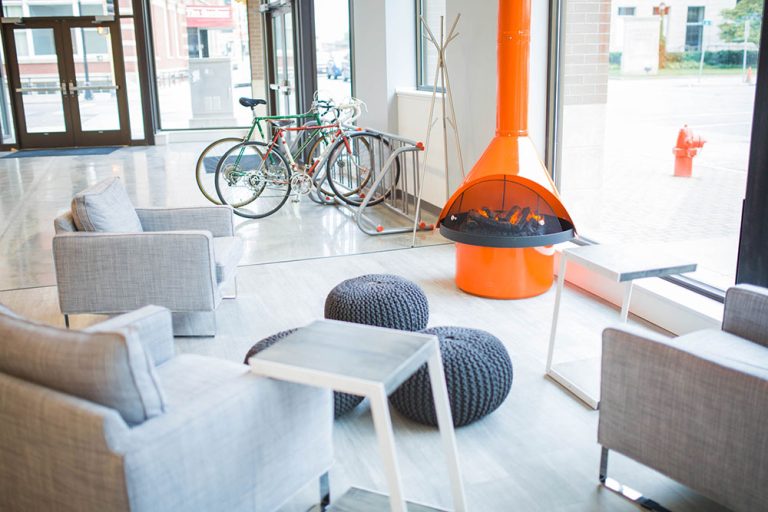 One of the first things you’ll notice on a stroll through downtown Fargo, North Dakota – aside from its charming art deco design – is the 14,000-square-foot CoSchedule office in the center of town. The content marketing startup’s storefront-style windows show a glimpse of a bright, airy space with the phrase “do what you loveâ€ emblazoned on every surface that matters. In short order, it tells a visitor everything they need to know: if you’re a passionate person with big ideas, Fargo has a place for you.

CoSchedule is one of countless companies like AdShark Marketing, Codelation, TEDx Fargo and Revel Digital that are contributing to Fargo’s thriving startup scene. (Emerging Prairie, a Fargo-Moorhead entrepreneurial organization, lists nearly 50 startups of note in the city, and that’s just the tip of the iceberg.) This wave of innovation is part of a long-held North Dakota tradition of entrepreneurship and tech success.

Thanks to most North Dakotans’ trademark Midwestern humbleness, few people know just how successful the state’s tech scene has been over the years; in fact, it can be difficult even for locals to grasp the full scope of it.

“Growing up in Fargo, as a young person, I was impacted by the culture of the region,â€ says Greg Tehven, Emerging Prairie’s co-founder and a North Dakota native. “[North Dakotans] don’t always boast, they don’t always brag, they don’t always share what they’re up to.â€ In fact, it took moving away from Fargo for university for Tehven to finally start learning about the city’s transformation into what’s now known as Silicon Prairie.

It all began with Great Plains Software, a Fargo-based tech company that launched in the ’80s. Microsoft acquired the software company in 2000, and as a result, Fargo is now home to the second largest Microsoft field campus in the country. Fargo is also the birthplace of wildly successful Community First Bankshares, agriculture giant RDO Equipment, and a deep well of autonomous vehicle innovation. (It’s even home to a company nicknamed “Tesla For Tractors.â€) In short, entrepreneurship was always in this community’s DNA.

It also doesn’t hurt that an artistic community is also taking root, paving the way for collaboration between local tech pros and creative types. You only need to look as far as the city’s art studio crawls, media startups or even CoSchedule’s creatively designed open-plan office space to start feeling a bit of artistic inspiration yourself.

Garrett Moon, North Dakota native and CoSchedule founder, considers this pool of creative, driven locals one of his company’s biggest advantages. At first, though, his decision to launch CoSchedule in North Dakota was met with skepticism. “We got questions all the time,â€ Moon says. “‘Are you sure you’re going to be able to hire here? Are you sure you’re going to have the talent here?’ And for a long time I think our answer was ‘I don’t know, but we’re going to try.’ And I think now our answer is everything that we need has been here.”

This is especially evident among the wave of transplanted North Dakota natives who are enthusiastically relocating back home for newly created jobs. “What we find is we’re giving opportunities for a lot of people who have family here or want to raise their family here or come back,â€ Moon says. “In many Midwest communities, you tend to just assume that in order to do something big and great and interesting, you’re going to have to leave. And we’re really trying to change that narrative and help people understand that there are big opportunities here.”

Dreaming of launching your startup in Fargo yet? As if the city’s tech success and talent pool weren’t compelling enough, it’s also got a whole lot to offer in terms of quality of life. Fargo is one of Livability’s Top 100 Best Places to Live, and for good reason – you’ll never hurt for things to do on your days off. The city boasts an affordable cost of living (the median home price is $168,600), ample outdoor activities, great food (including one of the best taco joints in the state), and breweries popping up left and right.

Both in the startup office and at home, Fargo’s most standout trait is its optimism for the future. “What I love as a new dad, a new husband,â€ says Tehven, “is that Fargo is a place of possibility.”