The Fargo Moorhead area is managing rapid growth by planning to create big-city amenities while nurturing a small-town sense of community. 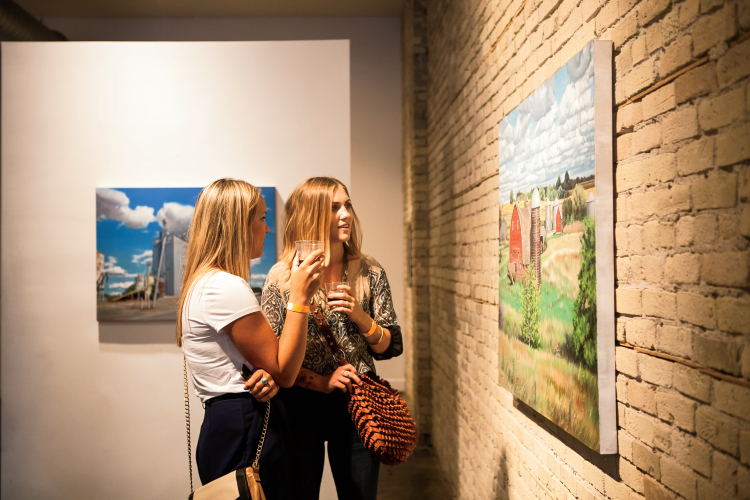 After traveling the world, and living in Vienna and Southeast China, Mark Weiler chose to come home to Fargo. What he found was not the small town vibe he’d known growing up here, but an exciting, growing urban environment that became his passion.

Weiler, who owns Ecce Art + Yoga gallery in downtown Fargo, embraced the challenge of preserving the city’s historic downtown, working with other downtown advocates to create a synergy that would attract entrepreneurs, innovators and creative people of all sorts.

“We want to create an environment where people from all over the country and world can come and work,” Weiler says. “We have quite a few innovators, people wanting to take risks, people reinvesting in their state. This is an exceptional time in Fargo and North Dakota.”

Fargo has earned a national reputation for its rapid but smart growth, impressive downtown revitalization and quality of life. The American Planning Association listed it among the top 10 neighborhoods in its 2009 Great Places in America, and Forbes ranked it No. 2 among Best Small Places for Business and Careers.

The area’s population soared in the last few years (to nearly 212,000 in 2012), prompted in part by the spectacular boom in the state’s oil industry, but also by the area’s affordable housing, cultural amenities, low crime rate, healthy environment and good schools. Historically based in agriculture, Fargo-Moorhead’s diversified economy now embraces health care, manufacturing and a growing technology sector.

West Fargo, which saw 40 percent population growth in the past decade, welcomed the state’s first Costco store in October 2012. A $500 million Sanford Health medical center is under construction, and the city anticipates tens of millions of dollars in upcoming business expansion and relocation.

“We have new people, new ideas and new opportunities,” says Lisa Vatnsdal, Moorhead community development division manager. “We have set the table for revitalization, and we have transportation, available land and flood control in our favor.”

Colleague Matt Maslowski, business development and retention services manager, cites the beauty of the area’s natural environment and sense of community as major factors in moving to Moorhead.

“It’s a comfortable place to raise your family, where the neighbors watch your house when you’re gone,” he says. “It’s a small town in a medium city.”

Dan Leeaphon, a senior development lead at Microsoft's offices here, who moved from Montreal to Fargo, echoes those thoughts.

“There are a lot of folks with huge experience, who just happen to live here. You get used to that level of excellence. And there is a great sense of community – it sounds corny, but once you get hooked into it, you feel quite a sense of belonging here,” Leeaphon says.