The Fargo Theatre features 364 days of cutting-edge entertainment in a historic atmosphere. 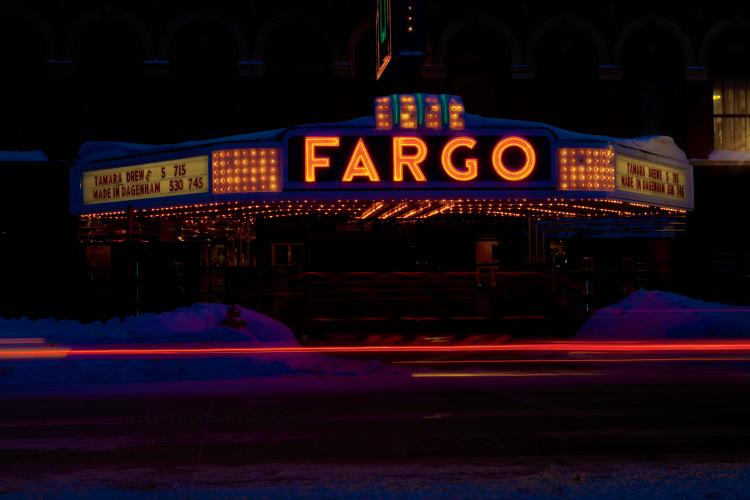 It was way back in 1926 when Fargo Theatre first bowed as a cinema and vaudeville theater. Today, the restored landmark is becoming well-known for airing top independent and foreign films as well as attracting interesting stage acts.

The theater serves as a downtown Fargo destination for concerts, plays, comedy acts and other live events, and the architectural splendor of the building at 314 Broadway has earned it a spot on the National Register of Historical Places. Recent acts that have graced the Fargo Theatre stage include comedians Paula Poundstone and Patton Oswalt (Spence from The King of Queens), musical group The Blenders, the Fargo-Moorhead Symphony Holiday Pops Concert, and Chad Calek, Hollywood director of Paranormal Investigator fame.

For live-performances, the theater has a good-sized stage along with an orchestra pit that can be raised to stage level if needed. Part of the standard equipment at Fargo Theatre include a Baldwin console piano, a white baby grand piano in the mezzanine, a grand piano on stage, and a large Wurlitzer pipe organ.

By the way, the eye-catching old organ is maintained by the American Theatre Organ Society, Red River Chapter.

Find more on the arts in Fargo, ND.