See why residents and visitors in Fargo-Moorhead love going to the West Acres Shopping Center. 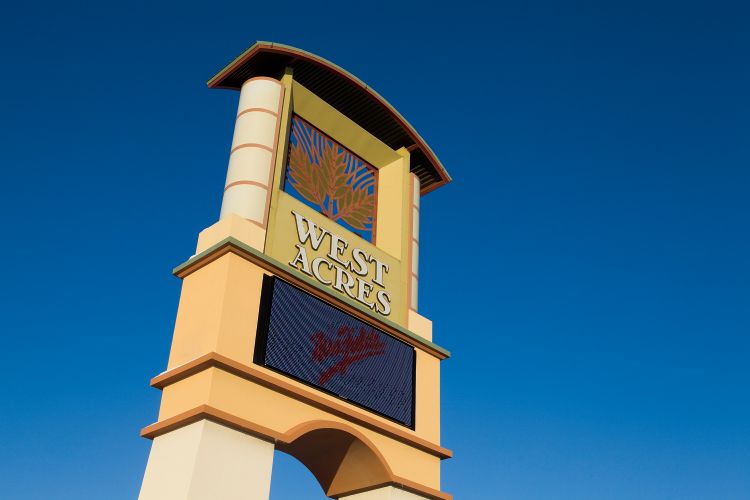 The regional shopping mall for Fargo-Moorhead is West Acres Shopping Center, conveniently located near the intersection of interstates 29 and 94. West Acres has the distinction of being the largest mall in North Dakota, and besides residents of Fargo and Moorhead, the mall also attracts large numbers of Canadian shoppers – especially during the holiday season.

There are nearly 130 stores and services along with a 750-seat food court, and the four major anchors are Herberger’s, J.C. Penney, Macy’s and Sears. The complex is also home to The Roger Maris Museum, a tribute to the former New York Yankees star of the early 1960s who grew up in Fargo and played baseball at Shanley High School.

West Acres also features a collection of regional art as well as Touchstone Energy Dinosaur Playland. There is also a collection of spearfishing decoys created by the late John Jensen.

A centerpiece since the mall opened in 1972 is the Fountain of Abundance, created by Moorhead State University art professor P. Richard Szeitz. The fountain was originally located in front of what is now Macy’s, but was moved in front of J.C. Penney around the same time the food court was constructed in 2001.