8 Reasons to Move to Minot, ND

With heritage, jobs and many things to do, Minot, ND tops the list of great places to live. 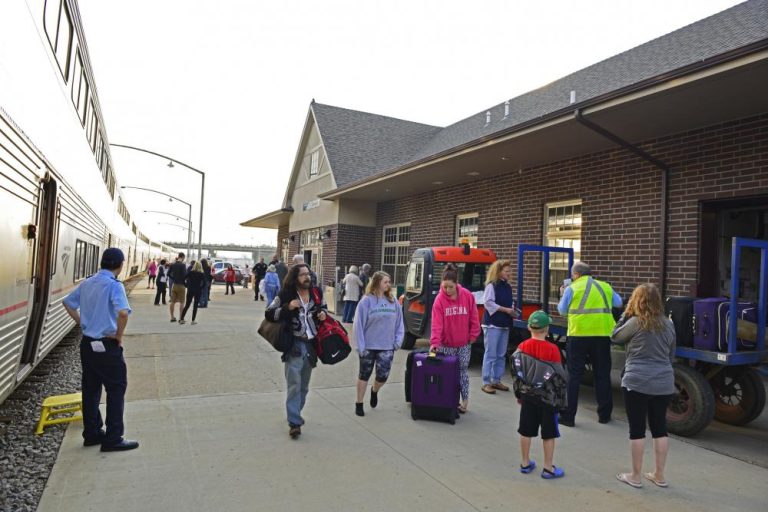 Minot is one of the cities that saw a massive influx of jobs and investment due to the North Dakota oil boom. While oil prices have fallen off of their peaks a few years back, Minot still has a rather sizeable fossil fuel industry.

More importantly, there’s a lot more going on in Western North Dakota than just oil and natural gas. Below are a few reasons why you should consider moving to Minot.

Photo: Courtesy of Sam DeLong under a CC 2.0 license.

While Minot may have made headlines for its energy industry, the town also has robust logistics and agricultural sectors. Furthermore, North Dakota is quickly gaining a reputation as a state for aerial drone development and Minot has successfully leveraged its local US Air Force base to be a major destination for this emerging industry.

Also held at the State Fairgrounds, the Norsk Høstfest is North America’s biggest Scandinavian festival. The event features authentic Scandinavian cuisine and culture, and draws tens of thousands of people from all over the world each year.

The annual event makes sense when you consider the amount of Scandinavian immigrants living in the region and the Scandinavian influence on local food and architecture.

Photo: Courtesy of Neil Turner under a CC 2.0 license.

North Dakota regularly ranks among the lowest crime rates in the US, and Minot is regularly found to be one of the safest cities in the state.

If you’re sick of looking over your shoulder every time you walk down the street or rolling up your car windows whenever you drive through a bad part of town, you’ll find Minot to be a refreshing change.

Photo: Courtesy of James Johnstone under a CC 2.0 license.

Minot and the surrounding region is well-regarded among outdoor enthusiasts.

Minot is along one of North America’s main corridors for waterfowl migration, making the area one of best places to hunt Canada Geese and Snow Geese. Minot is also situated near an abundance of stocked fisheries including Lake Sakakawea, one of America’s biggest man-made reservoirs and a walleye-fishing hot spot.

Photo: Courtesy of Qfamily under a CC 2.0 license.

Just a couple hours’ drive away from Minot, The Badlands are rugged, striking geologic formations and a national treasure. This part of the country is also a hotbed for paleontology, with fossils of nautiloids, fish, marine reptiles, camels and three-toed horses all found in the region.

Photo: Courtesy of Tim Evanson under a CC 2.0 license.

Although recent low oil prices have affected the energy industry in and around Minot, The Bakken Shale isn’t going anywhere and oil prices have a tendency to rebound. Boom times could be back once the price of starts creeping back up.

Photo: Courtesy of Jerry and Pat Donaho under a CC 2.0 license.

Minot has a robust infrastructure system that makes the city well-connected to the region and the greater United States. Three major highways run through the city: US 2, Us 52 and US 83. Two major railways are connected to Minot, the BNSF Railway and the Canadian Pacific Railway, and Amtrak connects the city to Chicago, Portland and Seattle. The Minot International Airport has daily flight from four airlines.