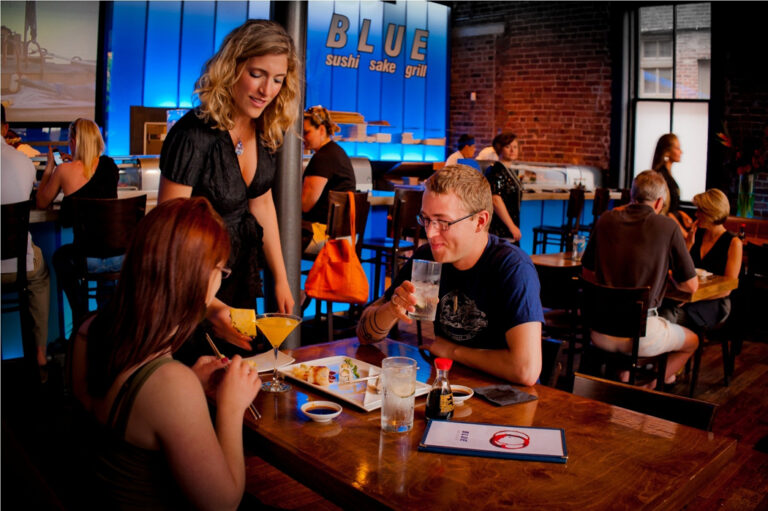 When it comes to innovative cuisine, Omaha, Neb., has been a step ahead in creating food concepts that America loves. Both the Reuben sandwich (try the one at Crescent Moon Ale House) and the TV dinner got their starts in Nebraska’s largest city.

Part of that early food revolution was made possible by the proximity of Omaha’s Union Stockyards, which became the nation’s largest livestock market in the 1950s. Mail order company Omaha Steaks has continued that tradition of delivering high-quality meats around the country.

So it’s no surprise that the modern Omaha restaurant scene has flourished. Here’s a sampling of what diners will find:

This eatery in the Old Market District is known for hot and cold sandwiches, soups, salads, seafood, steaks and desserts, as well as an extensive wine menu. House specialties include the carrot dog and several kinds of lavosh, which is similar to flatbread pizza. Visitors can opt for patio seating, a cozy spot in the main dining room, or grab bistro fare and a drink at the green Italian marble island bar.

What’s on the menu at this contemporary-style restaurant, located in the Midtown Crossings District, is dependent on what’s in season. The farm-to-table concept allows chefs to be creative with locally grown ingredients, so choices could include duck fat fries one night or chicken roulade with strawberries and snap peas the next. The restaurant’s off-shoot business Provisions has also become a site for cooking classes and expanded into offering La Chiapas Coffee products in-store and online. The Grey Plume is Green Restaurant Certified by SustainaBuild.

Out-of-towners might not have heard of this Omaha steakhouse, as word-of-mouth rather than advertising dollars drive customers here for the famous whiskey steak – ribeyes, sirloin or filets marinated in whiskey before they are tossed on the grill. Crab legs, pork chops, chicken and fish are also served. A well-stocked salad bar is available. For lunch, a variety of burgers and sandwiches are popular with patrons. Beer is also available.

Northern Italian cuisine is in the spotlight in the Dundee area, as there are plenty of pastas and sauces including bolognese bianco, spring pea risotto and penne pomodoro, along with fish and chicken. But there are a few dishes with an Omaha twist such as the Nebraska trout and the Tomahawk pork chop. Antipasti lovers can sample bruschetta, artisan salumi, marinated olives or grilled octopus. A three-course prix fixe menu is served Tuesdays, Wednesdays and Sundays for $20 per person. Cocktails, beer and wine are also on the menu.