The 5 Most Affordable Cities in New Jersey

These New Jersey cities offer affordable living to even the most budget-conscious people. 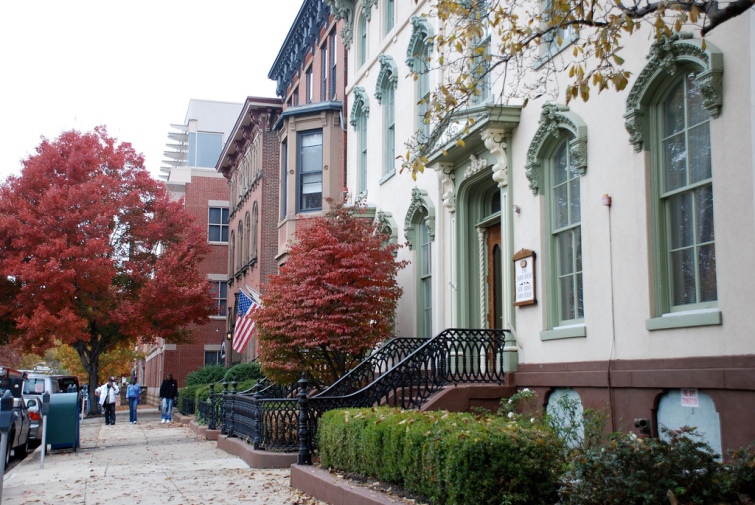 Courtesy of New Jersey State Library under a CC 2.0 license.

With 130 miles of coastline and a prime location that offers quick access to destinations like New York City, Philadelphia and Baltimore, there’s no denying New Jersey is one of the country’s best places to live. The Garden State’s low cost of living adds to its appeal, and it’s a contributing factor to why many young professionals, families and retirees are putting down roots in the state.

Want to learn more? Below you’ll find the five most affordable cities in New Jersey, but please keep in mind: These cities aren’t necessarily just the cheapest places in the state. Instead, we looked at the average cost of living, as well as key components such as transportation, housing, dining options and utilities. From this, we looked for cities that offered a nice balance between affordability and quality of life. Check ‘em out:

Located just 15 miles southwest of Manhattan, Rahway is a small town that covers about 3.9 square miles and is home to approximately 27,994 people.

Living in Rahway comes at an affordable price: The median home value is $279,000, which is below the state average, and the median household income is $59,076.

The city also draws sports and entertainment fans with its Trenton Thunder baseball team, Sun National Bank Center and Patriots Theater. Additionally, Trenton is home to Thomas Edison State University, one of the oldest institutions in the country designed specifically for adults.

The Best Places to Live in New Jersey

Good news: It’s very possible to enjoy Trenton’s many advantages and amenities while sticking to a budget. The median home price is an affordable $113,100, while the median household income is $35,647.

Rutgers University’s presence gives New Brunswick a college town vibe while contributing to the town’s rich history. For example, Rutgers was chartered as Queen’s College in 1766, a decade before the American Revolution, and the country’s first intercollegiate football game (Rutgers versus Princeton) took place in New Brunswick in 1869.

New Brunswick’s 15-block downtown area is also filled with history as it includes buildings constructed from 1730 through the turn of the 19th century, and it’s a prominent entertainment destination with nearly 50 restaurants and venues like the State Theatre New Jersey and the George Street Playhouse.

Fortunately, living in New Brunswick is a feasible option for many people. The community’s median home price is $240,700, and residents have a median household income of $38,399.

Although the median home value in Clifton is higher than the state average, coming in at $338,800, so is its median household income, which is $68,096 – so it balances out.

Clifton is about 15 miles from both Newark and Jersey City, and it’s less than 30 miles from Manhattan, making it an ideal place for those who want to be near big-city action but enjoy a slower, more relaxed lifestyle. The tight-knit community hosts family-friendly events throughout the year, such as holiday parades and outdoor concerts in the summertime, and its 38 city parks offer plenty of opportunities to enjoy the great outdoors.

Clifton is also conveniently located near the Garret Mountain Reservation, which covers 568 acres and has more than eight miles of blazed trails. Because it’s situated 500 feet above sea level, the reservation gives visitors gorgeous views of northern New Jersey and New York City.

With only 20,436 residents, Pleasantville is the smallest city on this list when it comes to population, but it gives you the biggest bang for your buck.

Located in Atlantic County, Pleasantville is just 5 miles from downtown Atlantic City, which is known across the U.S. as a top spot for entertainment. While the community’s inhabitants have Atlantic City’s five-star restaurants, beaches, boardwalks, can’t-miss attractions and casinos a stone’s throw away, they avoid its higher cost of living – sounds perfect, right?

Pleasantville’s median home price is $157,100, and residents have a median income of $40,521. Compare those figures to Atlantic City’s ($201,600 and $26,936, respectively), and it’s pretty clear why Pleasantville is a perfect choice for budget-conscious folks.