Skip to content
Home > NM > Education, Careers & Opportunity > New Mexico is the Gateway to the Skies

New Mexico is the Gateway to the Skies 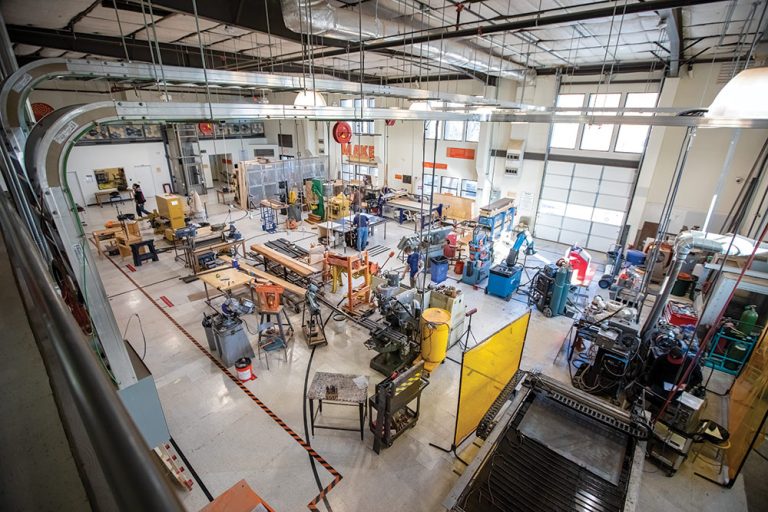 Not even the sky’s the limit in New Mexico, where aerospace innovators are making space travel accessible to private individuals using sunshine to power spacecraft and advancing the development of robotics and unmanned aerial vehicles.

New Mexico has deep bench strength in aerospace, thanks to advantages that include a full pipeline of talent, major research institutions and facilities, and the presence of three major Air Force installations.

Virgin Galactic will provide a regular schedule of spaceflights for private individuals and researchers from Spaceport America, the world’s first purpose-built commercial spaceport.

In Albuquerque, SolAero Technologies Corp. is designing and manufacturing components that will provide power for NASA’s Gateway, a small space station that will orbit the moon.

Gateway will serve as a way station for astronauts between Earth and the surface of the moon. Gateway is part of the Artemis program, NASA’s push to return American astronauts, including the first woman, to the moon by 2024 before heading on to Mars.

SolAero is a leading provider of high-efficiency solar cells, solar panels and composite structural products for satellite and aerospace applications. The company will design and manufacture Solar Power Modules (SPMs) that will supply nearly 70 kilowatts of power to Gateway.

“SolAero has had the honor of participating in over 30 NASA missions in our 20-year history, and we’re once again very proud to have the opportunity to support NASA on a trailblazing endeavor,â€ says Brad Clevenger, president and CEO of SolAero.

The SPMs will be designed and manufactured in SolAero’s state-of-the-art production facility in Albuquerque. The SPMs will incorporate SolAero’s latest generation solar cells, which have superior resistance to radiation in space. The facility will use automated assembly methods pioneered by the company for high-volume production.

SolAero was founded in 1998 with technology developed at Sandia National Laboratories. It is part of an aerospace sector that leverages the research heft of the Sandia and Los Alamos national laboratories, which employ around 20,000 combined, White Sands Missile Range, the Air Force Research Lab and major research universities, such as New Mexico State University, the University of New Mexico and New Mexico Tech.

The presence of those institutions as well as Kirtland, Cannon and Holloman Air Force bases provide New Mexico with a plentiful supply of job-ready talent for defense contractors and other aerospace employers.

Hemp is the Next Big Thing in New Mexico

A host of major aerospace companies have operations in the state, among them Boeing, whose Laser & Electro- Optical Systems business unit is adding 80 jobs in Albuquerque.

New Mexico’s combination of technical expertise and open space makes the state a major hub for UAV/UAS testing, including the first Federal Aviation Administration (FAA)-approved UAS test center. There is little air traffic in the restricted air space in the vicinity of White Sands Missile Range and Spaceport America, which allows UAV and UAS operations to avoid the need for pre-approval by the FAA.

Kane Robotics, a California startup that spun out of a defense contractor, selected Albuquerque for its permanent headquarters.

The company, a spinoff of Kane Aerospace, is working through a partnership with Albuquerque’s Build With Robots, a company located in Central New Mexico Community College’s Fuse Makerspace that develops robotic solutions for improving efficiency.

Kane will hire and train workers to develop robotic systems that finish aerospace structures using technology developed in partnership with Build With Robots.

“We were looking for a way to further automate repetitive processes and (Build With Robots) was able to offer us new technology that will reduce the time it takes our customers to finish products, increase productivity and decrease waste,â€ says Kane AerospaceCEO John Spruce.