A breakfast burrito, a diner full of locals, and the true magic of Santa Fe. 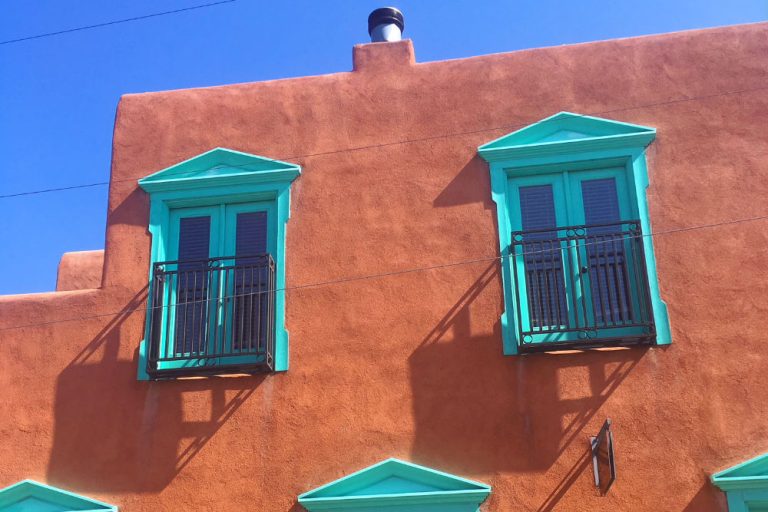 When you join a longtime local for breakfast in Santa Fe, they’ll take you to Tia Sophia’s, a downtown diner that opened in 1975.

You’ll sit on a wooden chair at a table covered in a turquoise vinyl tablecloth and a man named Carl will bring you a cup of hot coffee. Carl is from Wisconsin, he’ll tell you, but he loves Santa Fe because it’s beautiful and the people are friendly and there’s no lake-effect snow here.

“Would you like red or green chile?” Carl will ask, and you will say, “Christmas,” because that means “both,” which is the correct answer. Your dining companion will pull Carl aside and say, “Make sure the hashbrowns are extra crispy.” You will be grateful for this later.

The owner of the restaurant will stop by the table to say hi. He’ll talk to you about art and music and how he lived in Japan for a while but came back to Santa Fe. He will have trouble finishing a sentence because so many regulars keep interrupting him to say “hello,” “how are you?” and “how’s the family?”

A burrito the size of a throw pillow will appear in front of you, smothered in red and green sauce and melted, shredded cheese. It smells like heaven.

When you pull out your phone to Instagram your breakfast (because really, how could you not?), a tube of lipstick will fall out of your purse onto the floor, but you won’t see where it lands. “Oh well,” you think, “I’ll find it later,” but a few seconds later you’ll feel a tap on your shoulder from a man handing you your lipstick.

This man is a state senator, it turns out, and he knows your dining companion, because everyone knows everyone in Santa Fe. He’s also been searching for a chiropractor, he mentions. Your dining companion will give him a recommendation. He will make an appointment today.

You’ll take a bite of your breakfast burrito, and you’ll have to resist making inappropriate noises because this is a family establishment. The chile is smoky and spicy (but not too spicy), and the tortilla contains fluffy eggs, crispy bacon, and crunchy hashbrowns. This breakfast burrito, you think, is definitely the best breakfast burrito in the country.

The restaurant owner stops by the table to ask how your food is.

“This breakfast burrito is changing my life,” you’ll say.

“I’m a writer,” you’ll say, “so I’m prone to hyperbole, but in this case I’m not really exaggerating.”

You’ll eat your burrito, thanking your companion for the extra crispy hashbrowns tip, because that extra crunch really is key. Then you’ll ask her why she loves living in Santa Fe.

“Santa Fe is special because it’s a place people come to discover something,” she’ll say. “The people here are curious about themselves, about the world, about each other. In Santa Fe, when you leave the house in the morning, you never know who you’ll meet.”

Your conversation will be briefly interrupted by the mayor, who was being seated one table over and wants to say hello.

The mayor returns to his table, and you’ll mention that you thought about moving to Santa Fe once, but life had other plans.

You pay your bill and say goodbye to the five or six people you have befriended over the course of breakfast. On your way out, Carl will give you a hug.

You’ll walk out of the restaurant, into the adobe-colored maze of downtown Santa Fe, just beginning to bustle with Monday morning activity. You’ll choose a direction and start walking, not sure where you’re headed, but so happy to be here, so curious who you might meet, and what you might discover.