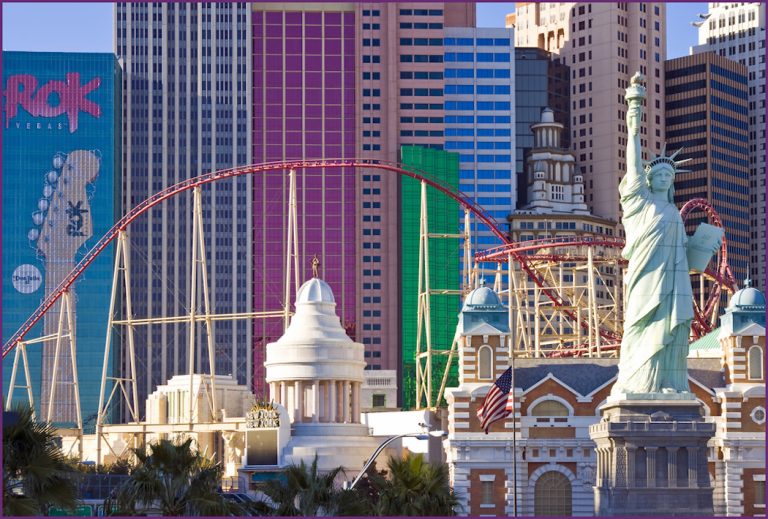 Courtesy of Bert Kaufmann under a CC 4.0 license.

C’mon, 7 or 11! Nevada is largely known for Las Vegas and its gaming casinos, and nearly three-quarters of the state’s population lives in Las Vegas and surrounding Clark County. The tourism industry is easily the largest economic sector in The Silver State, and other key contributors are cattle ranching, food processing, manufacturing, mining and publishing. Here are some tidbits about eight of the state’s largest employers:

The fifth largest school system in the United States is Clark County School District, with more than 320,000 students along with about 20,000 teachers, 1,300 administrators and 2,500 support staffers. CCSD serves the cities of Las Vegas, Boulder City, Henderson, Mesquite and North Las Vegas as well as 10 census-designated communities.

Serving the cities of Reno and Sparks as well as surrounding communities is the Washoe County School District, the second largest school district in Nevada. There are 63,000 students enrolled in 93 schools, including a Truckee Meadows Community College High School and an Academy of Arts Careers & Technology.

On the Las Vegas Strip in the city of Paradise is Wynn Las Vegas, a $2.7 billion luxury gaming resort that is 49 stories tall. Besides a casino, the hotel has 2,716 rooms, a convention center, nightclubs, restaurants and high-end stores such as Chanel, Louis Vuitton, Prada and Rolex.

Known for its dancing fountains, the 36-floor Bellagio in on the Las Vegas Strip and has amenities like a spa, many restaurants, shops, nightclubs, outdoor pools and a fine art gallery. The Italian-inspired hotel also presents performances by Cirque du Soleil.

In southern Nevada is Nellis Air Force Base, home to more flying squadrons than any other Air Force base in America. Nellis is eight miles northeast of downtown Las Vegas and schedules many combat exercises.

Fronted by a signature 45-foot bronze lion, the MGM Grand Las Vegas is a casino resort on the Las Vegas Strip that features amenities like marble bathrooms, Roman bathtubs, four pools, three whirlpools and a spa. Also on site are glitzy nightclubs and many restaurants.

Headquartered in Reno, Renown Institute for Heart & Vascular Health is one of a select group of U.S. hospitals offering a procedure called transcatheter aortic valve replacement. TAVR inserts a new aortic valve into the heart by using a catheter and going through an incision in the leg, instead of open-heart surgery.

On the Las Vegas Strip and only two miles from McCarran International Airport is Aria Resort & Casino, an upscale venue whose rooms include 42-inch flat screen TVs and windows that go from floor to ceiling. Other attractions include a spa, three outdoor pools, a luxury mall, restaurants and fitness center.