Reno, NV, is helping lead the charge for cities across the country to act against climate change. 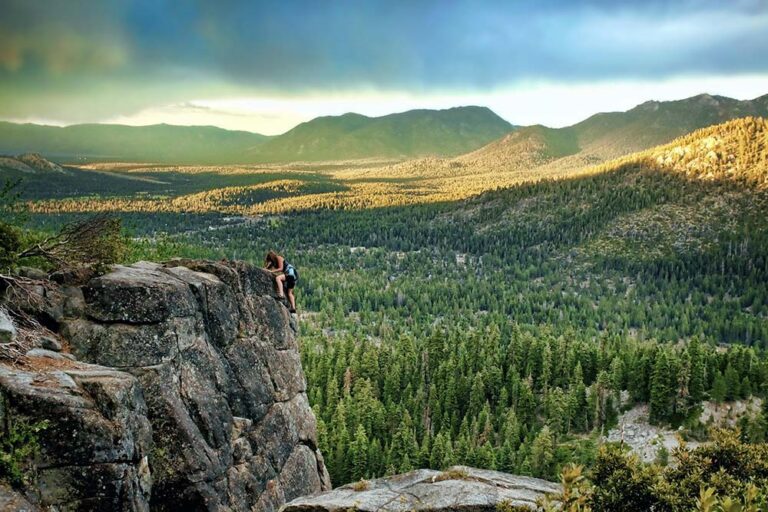 Sustainability is top of mind in Reno, from the companies setting up shop here to how the city conducts business.

Nevada ranks eighth in the nation for sustainability efforts in 2022, and Reno is at the forefront of those efforts.

The city recently joined the Nevada Green Business Network, part of a statewide effort to generate a green business certification program to reduce energy usage, solid and hazardous waste disposal, and the amount of water used during business operations.

In 2021, the city partnered with nZero, a carbon management platform, to monitor its energy and emissions data. Reno’s mayor, Hillary Schieve, was honored by the U.S. Conference of Mayors for her role in making Reno the first American city to use real-time energy and emissions tracking to monitor the city’s carbon footprint 24/7.

That partnership is a prime example of how governmental entities are looking inward to identify ways for cities and their companies to grow and do business responsibly.

We spoke with Adam Kramer, CEO of nZero, about Reno’s commitment to earth-friendly, business-friendly policies.

How did the partnership between the city of Reno and nZero begin?

We officially began our partnership with the city of Reno in May 2021, and in December of 2021, we worked to launch the city’s public portal to provide transparency and up-to-date climate data to Reno residents. The partnership was a natural fit, as nZero’s home base is in Reno and we have witnessed Mayor Schieve’s long-standing commitment to fighting climate change through local efforts.

What does nZero do for the City of Reno?

Expanding upon our work together, we recently announced plans to provide the city with an individualized carbon roadmap to better inform their path towards a more sustainable future, providing the insights to inform their most effective steps forward based on their data.

How has Reno’s green scene changed since nZero started working with the city?

Insights on fleets in the past year uncovered higher carbon-free energy usage in the summer and when charging electric vehicles during daytime hours, compared to the popular choice of overnight. Since these discoveries, the city’s vehicle fleet is in the process of being fully automated to provide real time updates on its status and performance in order to align with the city’s emissions goals.

A cost-benefit analysis for streetlights also revealed they account for 23% of the city’s emissions and that a transition to LED streetlights would reduce these emissions by 62% and save money each year. The city has also completed on-site solar installations to align with its goal of increasing renewable energy generation 15% by 2025.

By making the portal public for members of the Reno community to view, we believe our work has inspired additional public interest in the green scene of Reno as residents become more engaged and invested in their city’s climate progress.

How would you describe Reno’s commitment to being green?

Reno is a leader among cities due to their proactive efforts to build a more sustainable city, their willingness to welcome the community into these initiatives, and publicize their progress. The implementation of new initiatives in response to learnings from their emissions data shows a genuine commitment to bettering their processes to become greener. Mayor Schieve has received recognition and awards for these efforts, and as part of a coalition of other cities that are committed to climate action — as well as their newly announced carbon roadmap that nZero is helping to build —Reno is helping lead the charge for cities across the country to take it upon themselves to act against climate change.

Why should businesses care about Reno’s efforts to reduce its carbon footprint?

What is good for our cities and planet is good for us, too, and to ensure a healthy and prosperous future for our city, we must act now. The effects of climate change can be incredibly costly as well as harmful to our health and well-being, so making an effort to reduce our utilities’ reliance on fossil fuels and additional actions to reduce our carbon footprint will ultimately save our residents money, curtail air pollution and improve public health.

After all these years, the early history of Jackpot still hints at the unique character of this scenic, high-elevation town in northeast Nevada.  In the 1950s, when Idaho outlawed casino… END_OF_DOCUMENT_TOKEN_TO_BE_REPLACED