Things to Do in Buffalo-Niagara Falls, NY 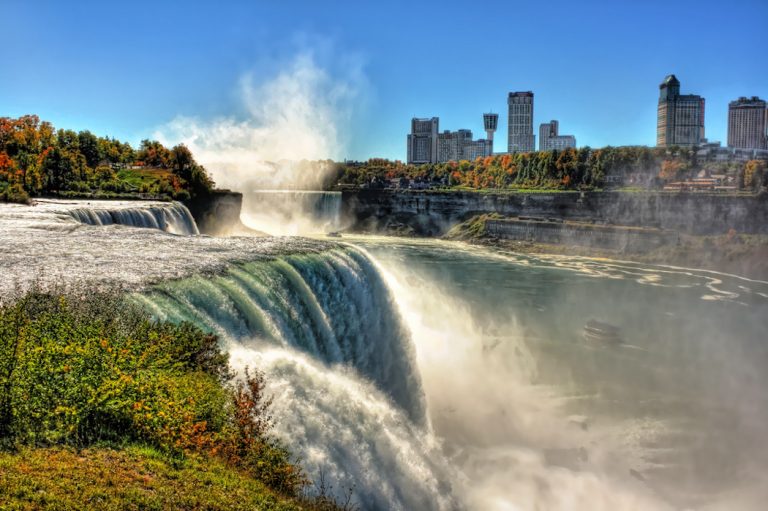 Niagara Falls is made up of three waterfalls – American, Horseshoe and Bridal Veil – with American Falls situated entirely in New York. Peak visitor traffic occurs during the summer months, and the best viewing spots are from walkways along Prospect Point Park. One of the main attractions is a Maid of the Mist boat ride.

Founded in 1875 and currently the third-oldest zoo in the nation, Buffalo Zoo ranks second only to Niagara Falls in tourism popularity in Western New York, with the zoo welcoming 400,000 visitors a year. There are 1,200 animals along with exhibits such as Rainforest Falls, Sea Lion Cove, Otter Creek, Elephants, Giraffes, and Kookaburra Corner.

More than 250 stores and 1.6 million square feet of space are available to shoppers at Walden Galleria, an enclosed mall in nearby Cheektowaga. Anchor stores include JC Penney, Lord & Taylor, Macy’s and Sears along with other retailers like Best Buy, Forever 21 and Old Navy. There is also a Regal Cinemas multiplex.

It’s easy to find major professional sports entertainment in Buffalo. The NFL’s Buffalo Bills were established in 1960 and still play at Ralph Wilson Stadium, while the NHL’s Buffalo Sabres have been around since 1970 and play at First Niagara Center. Also, the Class AAA Buffalo Bisons host baseball games at Coca-Cola Field.

The Ansley Wilcox House on Delaware Avenue houses the Theodore Roosevelt Inaugural National Historic Site, where Teddy Roosevelt took the oath of office as President of the United States on Sept. 14, 1901, just after the assassination of William McKinley. The Wilcox House is a museum with artifacts related to both the assassination and inauguration.

A massive 1890s Victorian glass-domed greenhouse is part of Buffalo and Erie County Botanical Gardens, a beautiful preserve in South Park designed by New York Central Park creator Frederick Law Olmstead. The botanical refuge is on the National Register of Historic Places and also features an arboretum and bog garden.

A number of Broadway musicals and other big-name plays are still staged at Shea’s Performing Arts Center, which opened in 1926 and remains a successful venue on Main Street. Sometimes called Shea’s Theatre, the building was saved from demolition in the 1970s and then restored to its original architectural splendor.

Peek at the Pierces