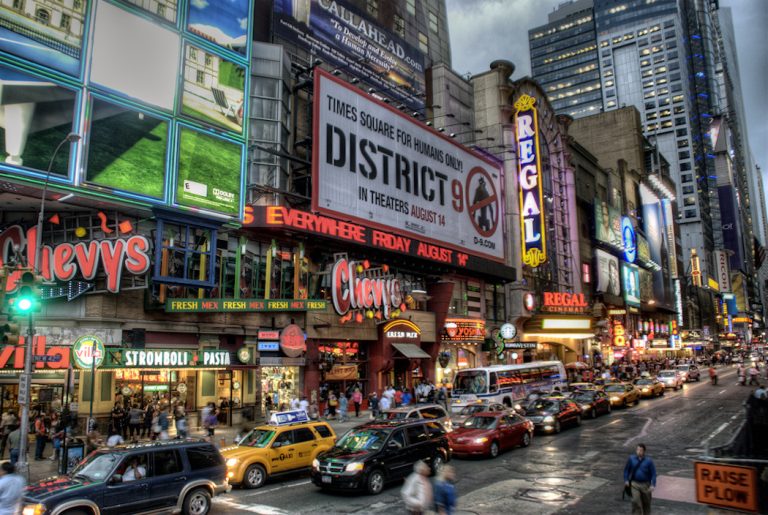 Courtesy of Dorli Photography under a CC 4.0 license.

Fun fact: If New York State were an independent nation, it would rank as the 12th largest economy in the world. Strong industry sectors include banking, entertainment, finance, healthcare, media, technology and tourism; and here is some background on eight of its largest employers:

With a history dating to 1856 when it was Manufacturers and Traders Trust Company, M&T Bank is headquartered in Buffalo and ranks among the 20 largest banks in the nation. M&T has more than 800 branches in New York and eight states and Washington, D.C., and the company sponsors M&T Bank Stadium, home to the NFL’s Baltimore Ravens.

Go, Seawolves! Stony Brook University is part of the State University of New York (SUNY) system and was founded in 1957 on Long Island. More than 24,500 students are enrolled at the university, and there are 14,500 employees and 2,400 faculty members. The university also owns Stony Brook Medicine and co-manages the famed Brookhaven National Laboratory.

Based in New York City, NewYork-Presbyterian Hospital has 2,600 beds as well as 6,500 affiliated physicians and 20,000 employees, and the medical center welcomes more than 2 million patients annually. That includes 15,000 infant deliveries and 310,000 emergency department visits, and today the hospital has six campuses.

Schenectady is the headquarters of Golub Corp., which operates 135 Price Chopper supermarkets in New York and five other states, and about 80 percent of those locations have in-store pharmacies. The founding Golub family owns approximately 45 percent of the regional grocery chain, while employees also own about 45 percent.

Established in 1986, Sutherland Global Services is a technology company based in Rochester that has clients in 60 locations in the U.S. and about 20 countries. The company specializes in managing revenue flows and business operations costs of its customers.

With 471 beds, Memorial Sloan Kettering Cancer Center in New York City was founded in 1884 and is regarded among the top cancer facilities in the United States, priding itself on combining patient care and laboratory research. The nonprofit center’s affiliate university is Weill Cornell Graduate School of Medical Sciences.