The Historic Riviera Theatre is the center of Tonawandas' arts and culture scene. 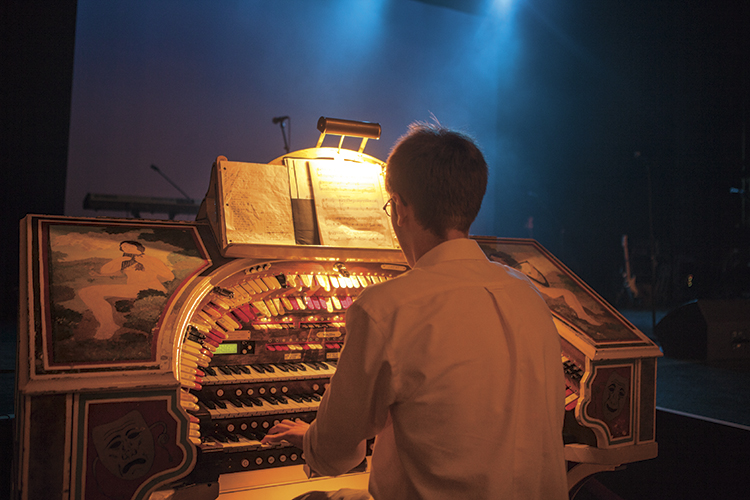 Calling an institution with nearly a century of operating history the heart of North Tonawanda’s very modern cultural movement may sound a bit counterintuitive, but the Riviera Theatre is just that. As one of the premier destinations in western New York’s thriving arts and culture scene, the Riviera is a testament to the power of blending beauty both old and new.

A Community Operation With International Appeal

Opened in 1926, the 1,100 seat Riviera Theatre sits on both the New York and National Registries of Historic Places. Now operating as a not-for-profit organization, the theater has community-first ethos that’s helping the region grow at a remarkable rate.

Offering a home for everything from school theater productions to some of the world’s most popular performing artists (and up-and-coming stars), the Riviera Theatre has been instrumental in North Tonawanda’s continued growth.

“It’s become an anchor for economic redevelopment,” says Frank Cannata, executive director of the Riviera. The Riviera recorded a jump from less than 12,000 patrons to more than 100,000 in only the last two years.

Perhaps even more impressive, however, may be the theater’s impact on the surrounding area. With nearly a dozen restaurants recently opened within walking distance, it’s clear that the age-old stage has cemented its reputation as a can’t-miss attraction.

While the building’s breathtaking beauty and spirit have been enormously important to its success, the remarkable list of artists who’ve graced the stunning stage deserve plenty of credit too. Playing host to past performances from the likes of Loretta Lynn, George Jones, Carlos Mencia, Dionne Warwick, and the Soweto Gospel Choir, the Riviera Theatre has proven itself to be a destination for some of the world’s top talent.

But perhaps the biggest of today’s stars to step out under the Riviera Theatre’s lights is Justin Bieber, with an appearance that garnered coverage by both TMZ and The Oprah Winfrey Show. “It was probably the only event we’ve had where you could hear the screaming through the brick walls down the street,” Cannata says.

In addition to the Riviera Theatre’s robust performance schedule, the building also houses the remarkable WurliTzer Opus 1524 Theatre Organ. Serving as one of the original demonstrator models, the great organ was seen by many potential clients visiting the Rudolph Wurlitzer Company factory, once located only a few miles from the theater. The Mighty WurliTzer still stands today and remains a featured component of many performances at the hall.

With such an outstanding history, it’s hard to imagine the Riviera Theatre getting any better, but plans are already underway; “We have a 23,000 square foot expansion that we’re planning on breaking ground for in the next year,” Cannata says. The expanded space will feature new facilities and amenities, as well as a black box theater for smaller productions and short-run shows.

The Riviera Theatre has shone as the jewel of the Tonawandas’ cultural crown, and with major improvements on the horizon, it’s sure to shine even brighter.