Things to Do in Cincinnati, OH

Cincinnati is home to several attractions such as Kings Island, the Cincinnati Reds baseball team and the Belle of Cincinnati. 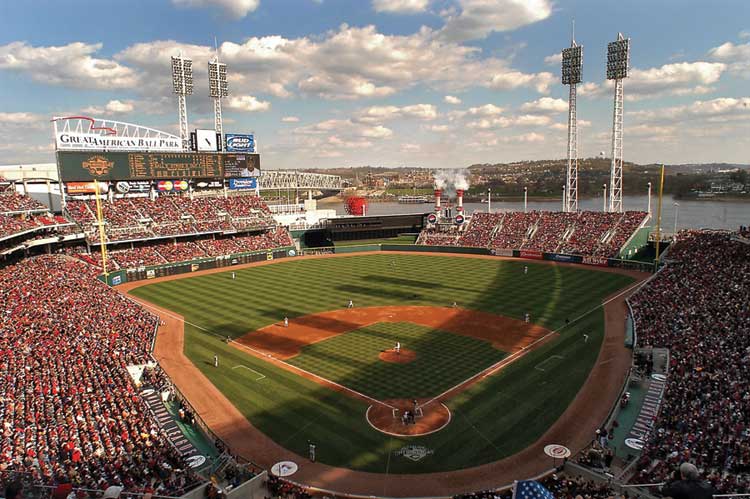 Home to Major League Baseball’s Cincinnati Reds, Great American Ball Park seats 42,319 and features a number of interesting amenities. They include a Riverboat Deck party area, a Rose Garden tribute to Pete Rose, and an upscale Riverfront Club restaurant with full views of the field and the adjacent Ohio River.

More than 300,000 tourists annually visit Irwin M. Krohn Conservatory in Eden Park, home to 3,500 plant species from throughout the world. Exhibits have names like Bonsai Collection, Desert Garden, Orchid Display and Tropical House, plus a Palm House houses towering palm, rubber and banana trees as well as a waterfall and goldfish stream.

He might not be the most famous U.S. president ever, but the William Howard Taft National Historical Site showcases the home where the 27th president was born and lived for most of his first 25 years. The two-story Greek Revival house is open daily for tours, and about 15,000 people visit each year.

Open from May through October, Coney Island is a small amusement park and water park on the banks of the Ohio River, about 10 miles east of downtown. The amusement park has a roller coaster called Python and 24 other rides, while the water park has attractions with names like The Twister and Cyclone.

Baseball’s first-ever professional team was the Cincinnati Red Stockings, and showcasing their long history from 1869 to today is the Cincinnati Reds Hall of Fame & Museum, located on the west side of Great American Ball Park. Highlights include an interactive radio booth, authentic pitcher’s mound, and dress-up uniforms for kids.

In the Camp Washington neighborhood of Cincinnati is American Sign Museum, which features hundreds of signs dating as far back as 1870. Items on display include hand-carve wooden signs, gold leaf, electric light signs, and neon that fill several galleries of the Monmouth Street museum. It’s open Wednesday-Sunday.

A five-mile Dan Beard Riverwalk Trail takes hikers through Cincinnati as well as Covington, Ky., and Newport, Ky., crossing three bridges over the Ohio and Licking rivers. Walks can begin in all three cities, although the most popular starting point is in Newport at the L&N Bridge, because there is plenty of free parking.