Things to Do in Columbus, OH

Consider Columbus as a vacation destination 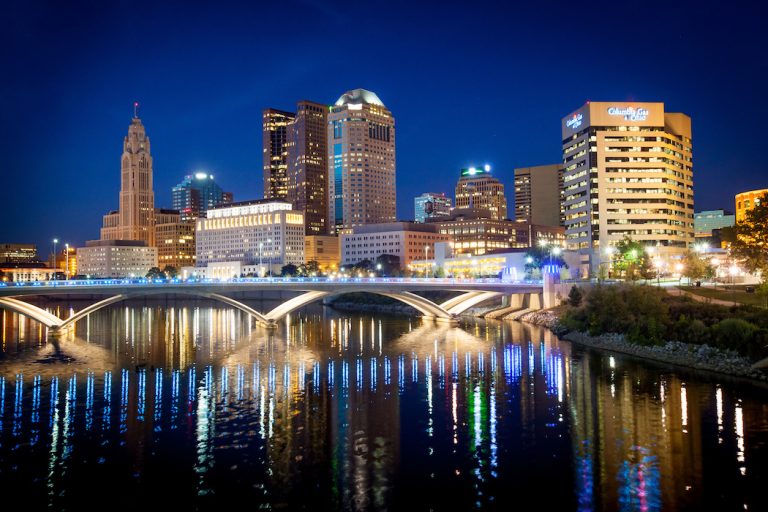 Columbus / Courtesy of Photographer under a CC 4.0 license.

The capital of Ohio has a diverse economy and is ranked among the “50 Best Cities in America,” with a number of attractive entertainment choices.

Just south of downtown is German Village, a historic neighborhood settled in the early 1800s by a large number of German immigrants. In 2007, the White House named the entire district a Preserve America Community for its tree-lined, brick-paved streets and several German-owned shops and restaurant choices.

First opened in 1878, Columbus Museum of Art houses a permanent collection along with an outdoor sculpture gallery, on-site restaurant, and an “Eye Spy: Adventures in Art” interactive exhibit for children. The museum’s permanent collection includes paintings from many masters such as Picasso, Monet, Matisse, Cezanne, Degas, and Norman Rockwell.

Root for the Buckeyes

Known as The Horseshoe, Ohio Stadium is home to The Ohio State University Buckeyes football team, with 102,000 fans packing the famed venue on Saturdays during the fall. After big plays or before kickoffs, the loudspeakers play Seven Nation Army, and everyone jumps up and down in what is referred to as “The Buckeye Bounce.”

On East State Street is the landmark Ohio Theatre, a historic 1928 movie palace proclaimed as the “Official Theater of the State of Ohio.” The showplace resembles its original appearance and currently serves as home to Columbus Symphony Orchestra, BalletMet, a Broadway Series, Opera Columbus, and a Summer Movie Series.

Open for tours, James Thurber House is where the famed author, humorist, and New Yorker cartoonist lived from 1913-1917. Visitors can access the first two floors of the Queen Anne Victorian house that includes a formal parlor, living room, dining room and five bedrooms. Guests are welcome to sit in antique chairs and even play the piano.

A total of 6,000 animals are seen by 2 million visitors each year at Columbus Zoo & Aquarium in suburban Powell. The zoo has been in existence since 1927 and also has an 18-hole golf course on site. Exhibits at the zoo and aquarium have names like Polar Frontier, Pachyderms, and Manatee Coast.

Have Fun with Science

More than 300 interactive exhibits are showcased at the Center of Science and Industry, commonly known as COSI. The museum has 200 employees and welcomes 600,000 people a year who visit galleries such as Energy Explorers, Ocean, Space, Gadgets, Life, Little Kidspace, Progress, and an outdoor Big Science Park.

Nationwide Arena seats 18,144 for events such as arena football, basketball games and headliner concerts, but the stadium is best known as home of the NHL’s Columbus Blue Jackets. The venue has also hosted Ohio State University convocations along with entertainment acts ranging from Taylor Swift to Disney on Ice.