Skip to content
Home > OH > Toledo > Where to Live Now > 5 Reasons Millennials Should Give Toledo, OH, a Second Look

Looking for an affordable, welcoming city that's packed with culture and opportunity? Check out Toledo (and thank us later). 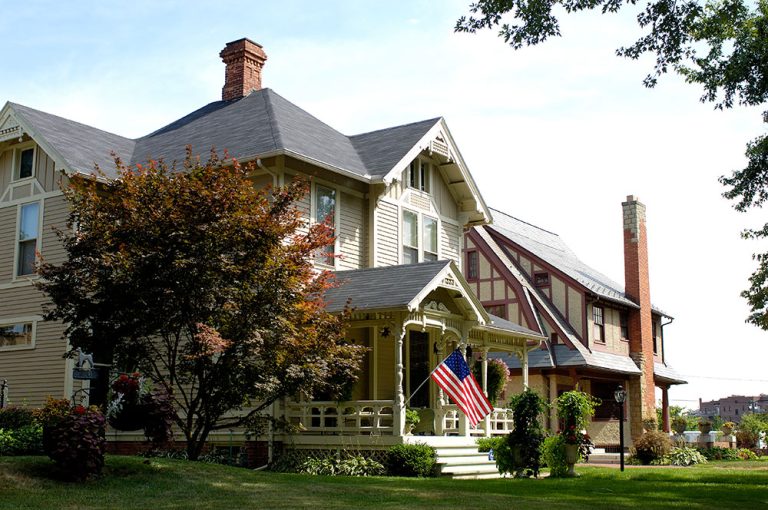 Located in Northwest Ohio near Lake Erie, Toledo is perhaps best known for its long history of glassmaking and is nicknamed “The Glass Cityâ€ for being home to several companies that manufacture windows, bottles, construction materials and art (including the Libbey Glass Company).

Recently, Toledo has made its way back into the news by becoming a bit of a punching bag on the NBC Sitcom, “A.P. Bio,” but what TV viewers and the country at large might not realize is that the city of Toledo is in the middle of a surprising and exciting renaissance. More and more young people are seeing Toledo for what it really is: a fun, welcoming, culture-packed city that’s getting better and better every day.

Looking for a fantastic (and affordable!) place to live, or an unexpected weekend destination? Here are a few reasons why you should give this mid-sized Midwestern city a second look:

1. A Vibrant and Evolving Downtown

Arguably, the downtown Toledo revitalization began with a bold move by the city’s minor league baseball team, the Mud Hens. After playing in a stadium in the nearby suburb of Maumee from 1965–2001, the team made a big move to downtown Toledo in 2002 to their beautiful new facility – Fifth Third Field. Once the Mud Hens made the leap of faith to go downtown, other businesses, bars and restaurants followed suit, trying to get in on the ground floor of this urban renewal.

Streets that hadn’t seen much foot traffic in decades are now home to over 70 restaurants, ranging from fast casual eateries to fine dining and hip coffee shops in the ballpark-adjacent Warehouse District and Riverfront areas. There are also nearly 2,800 residential units with waiting lists to get into many of the apartments or condos. A re-opened and re-imagined luxury hotel, Renaissance Toledo, opened downtown in August 2017, and more are reportedly on the way.

Toledo’s urban renewal really hit full steam in 2017 when health care company ProMedica moved their headquarters downtown to the home of the former Toledo Edison Steam Plant, bringing over 1,000 employees with them.

What many visitors and new residents may not be expecting to find in Toledo is a thriving arts community that rivals the likes of any large metropolitan area, anchored by the world-renowned Toledo Museum of Art. The museum, founded in 1901, has over 30,000 works of art, including paintings by Picasso, Matisse, Gaugin, van Gogh, and CÃ©zanne as well as a vast collection of glass works and sculptures.

Toledo also enjoys other big city arts perks such as the Toledo Symphony Orchestra, the Toledo Opera, the Toledo Ballet Association and beautiful theaters like the restored Valentine Theatre and the Stranahan Theater, which have a rolling roster of musicals and plays that come into town.

According to the Trust for Public Land, 77% of Toledoans are within a 10-minute walk from a city park. Toledo’s Metropark System is made up of 14 parks that consist of more than 12,000 acres of protected natural land and 120 miles of trails for walking, hiking and biking. The newest Metropark is a 1,000-acre wetland, and a new riverfront park is currently in the works to bring more tourism and conservation to the Maumee River in downtown Toledo.

In addition to trails, the park offers outdoor adventures such as archery, birding, cross-country skiing, fishing, ice skating and snowshoeing, and is home to the National Center for Nature Photography in the Secor Metropark.

4. Things to Do for Every Interest

Besides all of the parks and natural attractions like kayaking on the Maumee river or hiking through Wildwood Metropark, the Toledo area has plenty of fun things to offer for anyone, of any age or interest.

Catch a Mud Hens game at Fifth Third Field, cheer on the Toledo Walleye hockey team at the Huntington Center, get hands-on at the Imagination Station science museum downtown, or visit the Toledo Zoo, which was named best zoo in the U.S. in 2014 in a USA Today Reader’s Choice contest.

Toledo is also close to Cedar Point (aka “The Roller Coaster Capital of the Worldâ€) and just a short ferry ride from Put-in-Bay, Ohio, which is a two-mile island off the coast of Lake Erie with restaurants, pubs and plenty of shopping.

As housing costs range from astronomical to comedically unattainable on the coasts, Toledo enjoys an affordable housing market that gets you a lot of bang for your buck. Those who appreciate old architecture and expert craftsmanship would feel right at home in the Old West End neighborhood, which is minutes away from downtown and has one of the largest collections of Victorian, Edwardian and Arts and Crafts homes in the country. (And even if you choose to live outside the neighborhood, you can still get a chance to explore the neighborhood and tour some of these majestic homes at the annual Old West End Festival.)

Another popular Toledo neighborhood is Old Orchard, which sits right near the University of Toledo. Homes in Old Orchard were built between the 1920s and the 1960s and are mostly in the English Tudor, Federalist and brick Colonial styles. The neighborhood was also once home to the original writer of the “Nancy Drewâ€ series, Millie Benson (who wrote under the pen name Carolyn Keene).