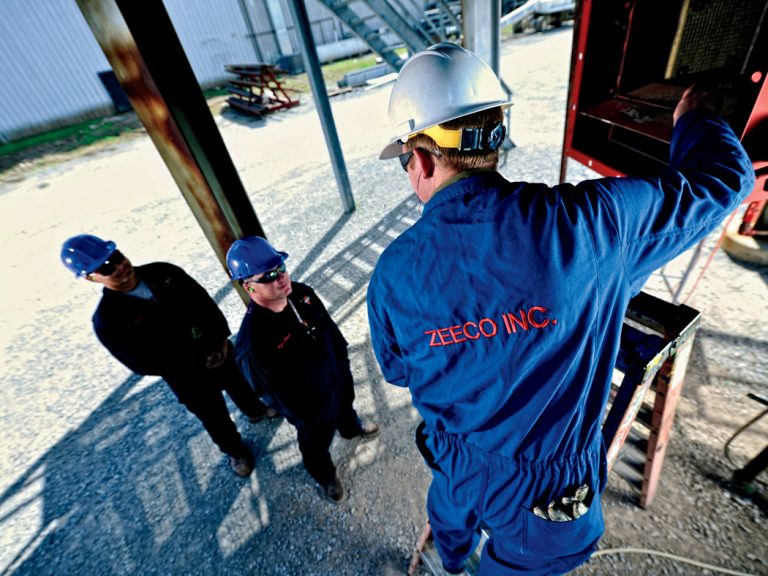 When it comes to manufacturers in Broken Arrow, the key word is diversity.

Or, one might say, diversity squared: The region not only has a wide range of manufacturers, but many of them are getting stronger by diversifying within.

The energy sector, for instance, has “been like a kind of rollercoaster the past several decades,” says Kinnee Tilly, senior vice president of the Broken Arrow Economic Development Corp. (BAEDC). “I’m seeing more of the companies have a diverse product line, so that when one sector of the industry tends to drop a little bit, the other one picks up. A lot of companies are strengthening their product line by diversifying.”

“We are very manufacturing-heavy in Broken Arrow,” she says. “It’s a very strong portion of our economy. We have everything from the two-person shop up to FlightSafety, a very large international corporation.”

FlightSafety International, which offers aviation training for customers from around the world, represents what makes up a sizable portion of Broken Arrow’s manufacturing landscape: energy, aviation and high-tech companies. Other examples include Baker Hughes, which has more than 100 years of experience in the oil-field industry, Integrated Business Technologies (IBT) and Rise Manufacturing, which specializes in creating quality-certified parts, vessels and structures for the defense, energy and aerospace industries.

“Rise Manufacturing is a very fast-growing company that is diversifying their portfolio, both in the energy and aviation sector,” Tilly says. “They also own an armament company, so they have a good, strong diverse portfolio of what they do.”

The region is home to many startups as well as established companies such as Gavco Plastics, Inc., a plastic injection molding company.

Founded in 1976 by its CEO and president, Randall Gavlik, Gavco is a family-owned company that has been in Broken Arrow since 1982. It makes parts for a wide range of products, including shopping carts for Wal-Mart stores, car hop trays for Sonic and plastic parts for airplane seats.

The company has been experiencing significant growth in recent years, particularly in the aerospace industry.

Broken Arrow is the ideal location for the company, according to Green.

“We’re pretty centrally located, so the ease of shipping products is a big advantage,” he says. “The cost of living here is a tremendous benefit as well.”

The strength of manufacturing in Broken Arrow has much to do with efforts from the BAEDC, which has worked in partnership with Tulsa on many incentives and programs.

“It’s a regional effort,” Tilly says, “but we also work on our own to retain and attract companies to Broken Arrow.

“We’re very big on working with our existing companies and providing them with the programming, services and resources that they need to grow and be successful.”