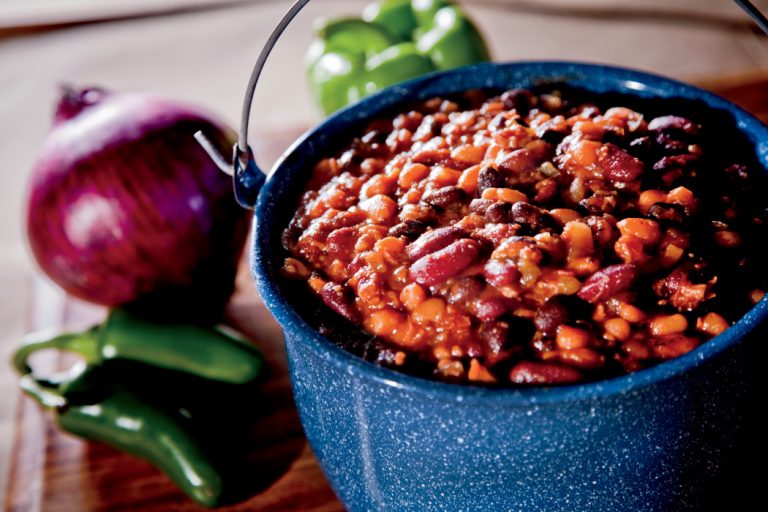 Many say Oklahoma barbecue is rooted in the Native American tradition of whole hog roasts known as “hog fries.” Later, cattle drivers from Texas introduced beef barbecue to the Sooner State. Today, Oklahoma boasts its own unique style of ‘cue, deliciously blending barbecue traditions of its Midwestern and Southwestern neighbors.

Oklahoma Joe’s opened its first “new” location in Broken Arrow in 2011, but owner Joe Davidson has actually been on the barbecue scene for nearly three decades since he began selling his hand-built barbecue smokers at the Oklahoma State Fair. Davidson has gone on to win more than 300 barbecue titles and open Oklahoma Joe’s locations in Tulsa and even Washington, D.C. The Broken Arrow location serves up a mouthwatering menu of smoked brisket, chicken, turkey and Carolina-style pulled pork. The eatery also features smoked sausage and bologna, Oklahoma barbecue staples.

Established in 1992, the RibCrib has gained popularity for its homemade barbecue sauces and spice rubs. Brisket and hot links are among the RibCrib’s specialties, particularly the famous Cribwich, which features hot links and brisket on a toasted bun. The diverse menu also features many other sandwiches as well as a wide range of salads, appetizers and burgers. For example, the Cribfire is made up of two quarter-pound hamburger patties topped with two types of cheeses, hot links and the restaurant’s barbecue sauce. The restaurant is also active in the community, donating to several local causes and encouraging volunteerism. RibCrib has locations in Oklahoma, Arkansas, Iowa, Missouri, Texas, New Mexico, Kansas and Florida.

Most of Smokie’s patrons say that the best way to experience the restaurant’s ribs, chicken ,pork and brisket is sans sauce, because the meat is slow smoked over hickory until it’s melt-in-your-mouth tender, and only lightly seasoned so that the true flavor of the meat comes through. The eatery’s specialties include the Smoke Stack, which consists of the diner’s choice of any two smoked meats on a toasted ciabatta bun and the Razorback, Smokie’s signature smoked pork topped with in-house smoked bacon and spicy coleslaw. The menu also features smoked ham, sausage and hot links.