Tourism dollars are on the increase 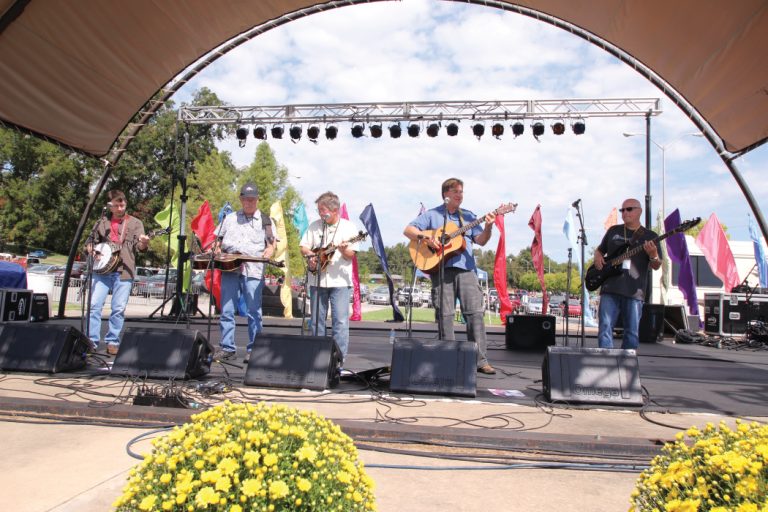 Claremore / Courtesy of The Claremore Area Chamber of Commerce

Visitors are discovering what Claremore residents have known for a long time – there’s a lot of fun to be had in this booming suburb.

Tanya Andrews, director of Visit Claremore, says the biggest draw bringing people to Claremore, and the dollars that come with them, is a busy event calendar.

“The Claremore Expo Center hosts 360 events each year, and the community hosts an additional 40 more events every year. It’s a huge part of tourism.”

Andrews is homegrown, having lived in Claremore for almost 40 years, and says, “My favorite thing about living here is that it’s a smaller community with a lot of heart.” And like most residents, when she talks about her hometown, you can hear the affection in her voice.

Reflecting the growth of Claremore’s tourism industry, which Andrews says is showing no signs of stopping, are three new hotels and a new conference center built in 2015. She thinks the industry hasn’t hit its ceiling yet.

“One of our greatest opportunities [for continued growth] is to increase our sports market,” Andrews explains, referring to Rogers State University’s sports teams’ designation as NCAA Division 2. “So they’re stepping up their athletic department and programs, which is a great opportunity for Claremore to bring in new visitors and teams. With each team that visits comes revenue in the form of hotel stays, restaurant visits, gas station stops and all the other revenue streams they bring with them.”

Connection to the Past

The area’s tourism growth might be bolstered by new development, but holding down one of the spots on the area’s list of biggest draws is an attraction that honors the town’s earliest beginnings – the Will Rogers Memorial Museum. The Rogers family was one of the first new-American settlers to land in the Claremore area. Eventually, the county was named for the founding family, which also gave the area one of its most famous sons: Will Rogers.

Today, the Will Rogers Memorial Museum brings visitors from all over the state and country to celebrate the importance of Rogers as a cultural icon. But it also reminds residents of the area’s history.

“I think connecting Claremore residents with their past helps them to value their community more,” says Tad Jones, executive director of the museum. “The city could not have had a better advocate than Will Rogers, who was truly beloved by everyone, and his spirit still lives in the city through the special people of the community.”

The museum is popular among locals but also brings new visitors to Claremore for the museum’s regular exhibits and various special events.

“The memorial brings thousands of people to Claremore,” Jones says, “and those visitors usually spend a few hours in the museum, and then shop or dine in the community. Our major event is Will Rogers Days, which is in November. We celebrate Will’s birthday on the 4th, and the community has events throughout town, including a rodeo, birthday party, parade, shopping discounts and other activities.”

Oklahomans and other travelers have plenty of excuses to visit Claremore besides the many events at the Expo Center and the exhibits at the Will Roger Museum.

The J.M. Davis Arms & Historical Museum is one of the largest private gun collections in the world and one of the most spectacular displays of firepower in the United States. Community events such as the Bluegrass & Chili Festival and the annual Fourth of July celebration bring visitors from miles away. But for Andrews, one of the best reasons to visit is an event that until last year had been absent.

“My most recent favorite event was the Claremore Regional Air Show,” she says, “which we haven’t had in 10 years. It brought more than 8,000 people here.”

But it wasn’t the spectacle that made it her favorite. It was a gesture she saw there that was made possible by a joint effort between Oklahoma’s largest veterans center and one of the hangers located at the Claremore Regional Airport.

“Some owners of the hangar hosted a lunch for veterans from the Claremore Veterans Center,” Andrews says. “They brought these American heroes out, hosted them in the hangar, fed them lunch, and they got to watch the whole air show. It was just a great example of what Claremore residents are capable of.”

One of the area’s biggest draws is an attraction that honors the town’s earliest beginnings – the Will Rogers Memorial Museum.