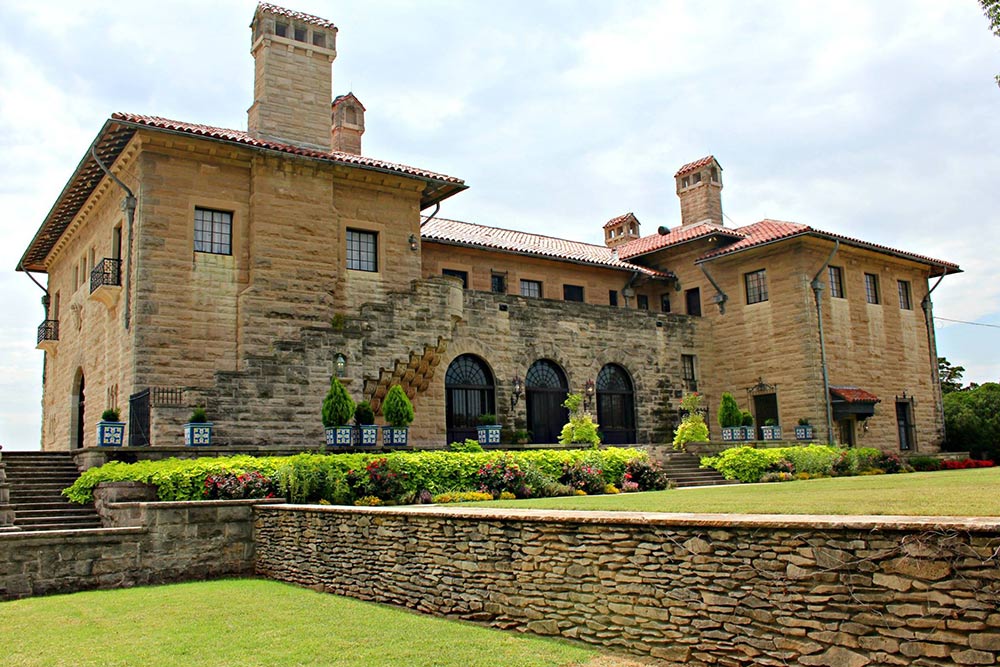 Oklahoma is known to most as a sleepy flyover state, often thought about as a place you have to drive through in order to get somewhere more interesting. But what many visitors discover is that Oklahoma is actually filled to the panhandle with quirky and fun things to do that you won’t find in any other state.

Want proof? Here are seven of the most unique attractions the state has to offer — and information on how to visit them in person.

A former World War II training site, Great Salt Plains State Park in northwestern Oklahoma is now a destination for geology enthusiasts around the world. The Great Salt Plains Park is covered in — you guessed it — salt that is left over from an ocean that covered Oklahoma in prehistoric times. 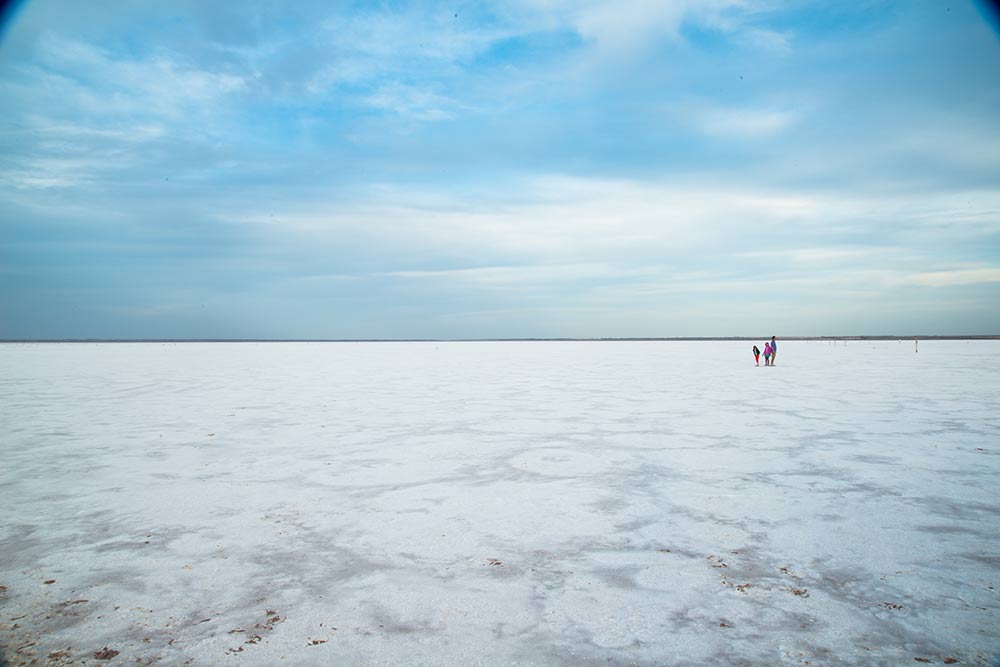 This salt not only makes for an interesting landscape (some have called it reminiscent of being on the moon), but it also holds hourglass shaped selenite crystals beneath the surface that you can dig for and take home. Visitors are allowed to take up to 10 pounds of rare crystals with them after their day of digging, just as long as they don’t intend to sell them. 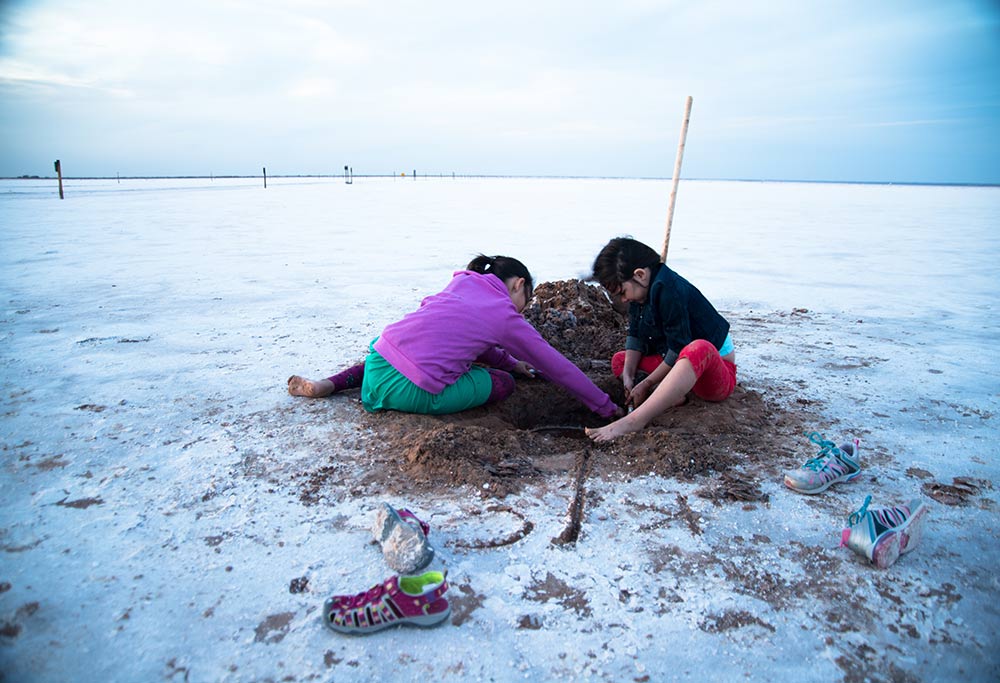 The park is open year-round, but crystal digging is only allowed from April to October to reserve room for the migratory birds that come through the park.

Named one of Time magazine’s Top 50 American Roadside Attractions in 2010, the Blue Whale in Catoosa (located just east of Tulsa) is one sight you don’t want to miss. The Blue Whale is situated on Route 66, and gives visitors a great opportunity to get out, stretch their legs, and take a wacky family photo with one of the most beloved sea creatures in the state of Oklahoma. 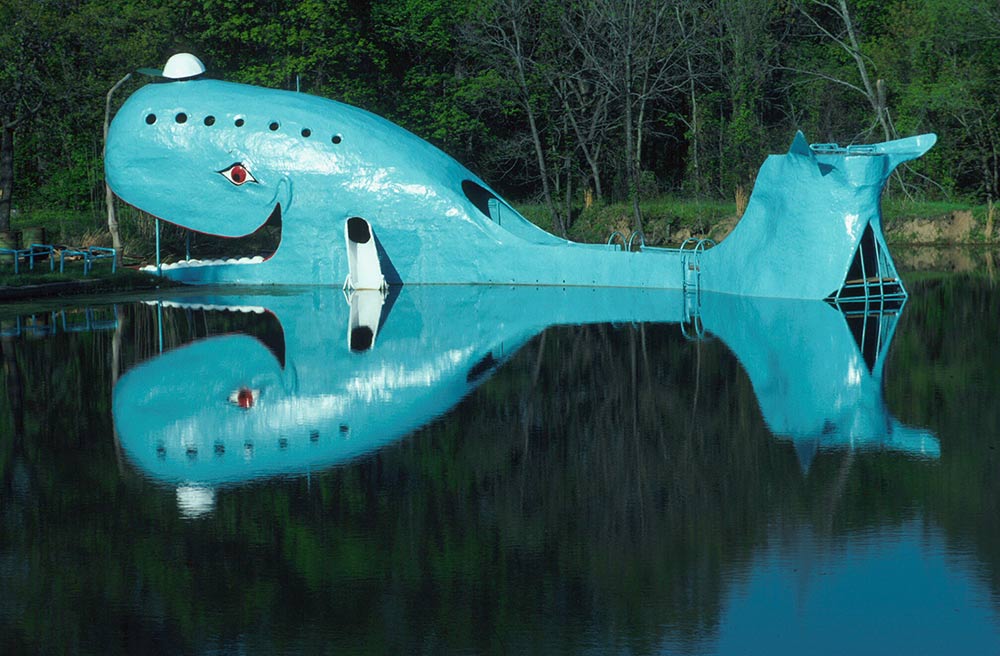 So how exactly did a 20,000-pound crushed stone whale end up beached in Catoosa, Oklahoma? You can thank Hugh Davis, who was the director of the Tulsa Zoo for 38 years, for that. Davis constructed Blue in the early 1970s for an anniversary present for his wife Zelta, and it has since become a fixture on the historic road. Visitors can stop by and visit ol’ Blue for free when they’re passing through, and are more than encouraged to take a photo with the friendliest roadside attraction on Route 66.

Frank Lloyd Wright is one of America’s most treasured architects and was known for his ability to connect structures with the natural landscape surrounding them. He was most famous for designing the Guggenheim Museum in New York City and for his many residences that are scattered across the country, but did you know that he also designed a skyscraper in none other than Bartlesville, Oklahoma? 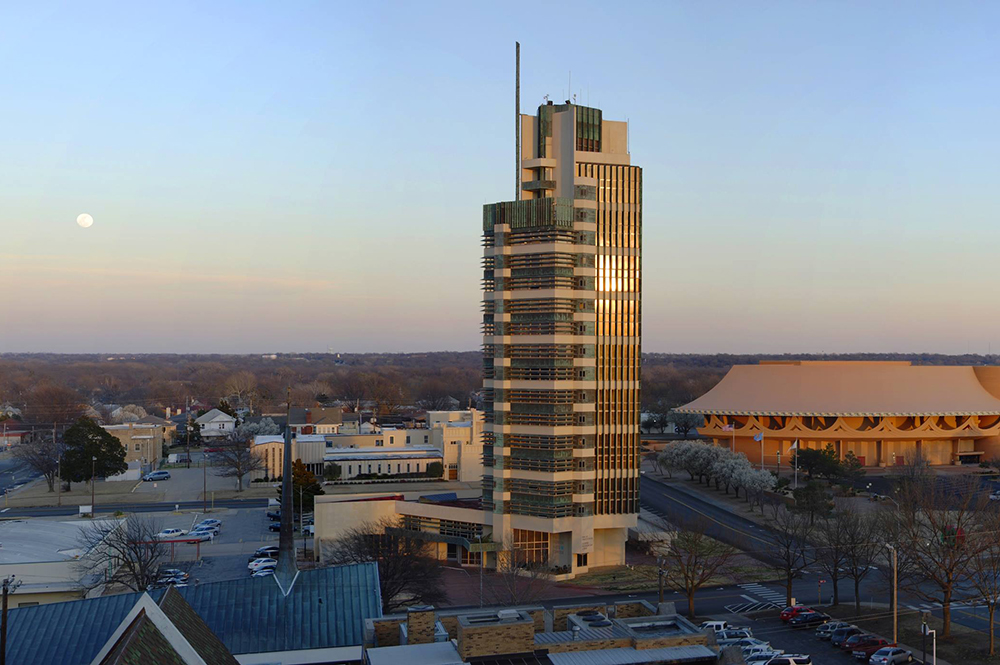 The Price Tower Arts Center, formerly home of the H.C. Price Company (a successful pipeline construction contractor in Oklahoma), is the tallest Frank Lloyd Wright-designed building that was ever completed. Visitors to The Price Tower Arts Center can take a tour of the historic building, which includes a peek at the executive office of H.C. Price, complete with original interiors designed by Wright. Real architecture buffs can also stay the night in one of their 19 mid-century style rooms or dine at the tower’s Copper Restaurant and Bar.

4. Indulge Your Inner Goth at the Osteology Museum

This museum is educational and creepy — make no bones about it. The Museum of Osteology is the largest privately held collection of osteological specimens (AKA skulls) and was the first museum of its kind in the whole country. 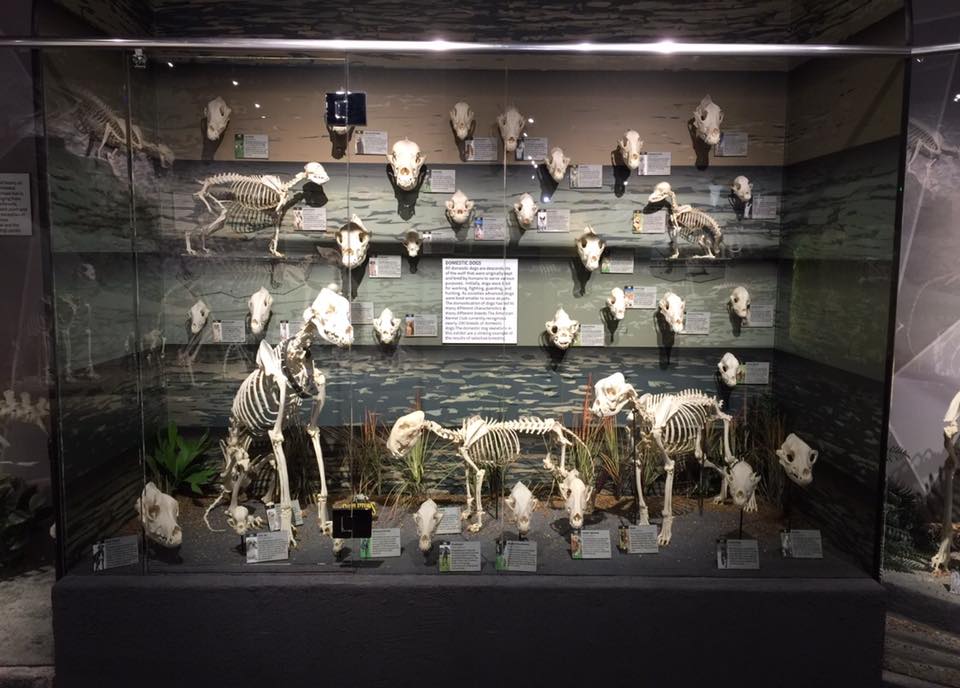 Museum founder Jay Villemarette started the museum in 2010 after decades of fascination with (and collection of) skulls of all types. Museum visitors can share in his love of skulls by looking at the hundreds of skulls and skeletons on display, including a human skull that’s been pierced with a bullet hole, a humpback whale that hangs from the museum’s ceiling, and rare animals like the Javan rhinoceros that Villemarette found in an antique shop in Paris.

5. Have a Play Date at the Toy and Action Figure Museum

Rediscover your inner child at the Toy and Action Figure Museum in Pauls Valley, which is just about an hour south of the University of Oklahoma. The museum, started in 2010 by artist and toy designer/collector Kevin Stark, has over 13,000 toys on display ranging from The Simpsons to KISS to the Teenage Mutant Ninja Turtles and of course, all your favorite Marvel and DC superheroes. Be sure not to miss the bat cave, which is an actual cave-like structure that houses all the Batman comics, toys, and paraphernalia you can imagine. 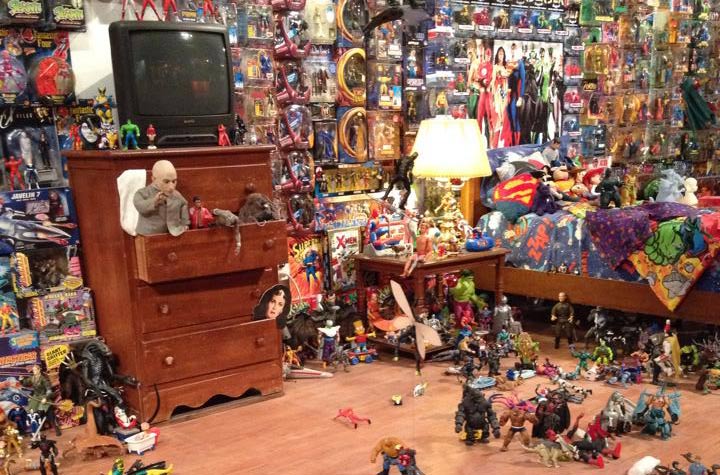 With so many toys on display, it’s likely you’ll be saying, “Hey I had one of those when I was a kid!” as you walk through the museum. The Toy and Action Figure Museum has about 15–20 thousand visitors every single year, and is one of the most cherished downtown destinations in the state.

Those who consider themselves political junkies definitely don’t want to miss the Julian P. Kanter Political Commercial Archive at the University of Oklahoma in Norman. The archive has over 120,000 political campaign commercials from the 1930s to the present day. 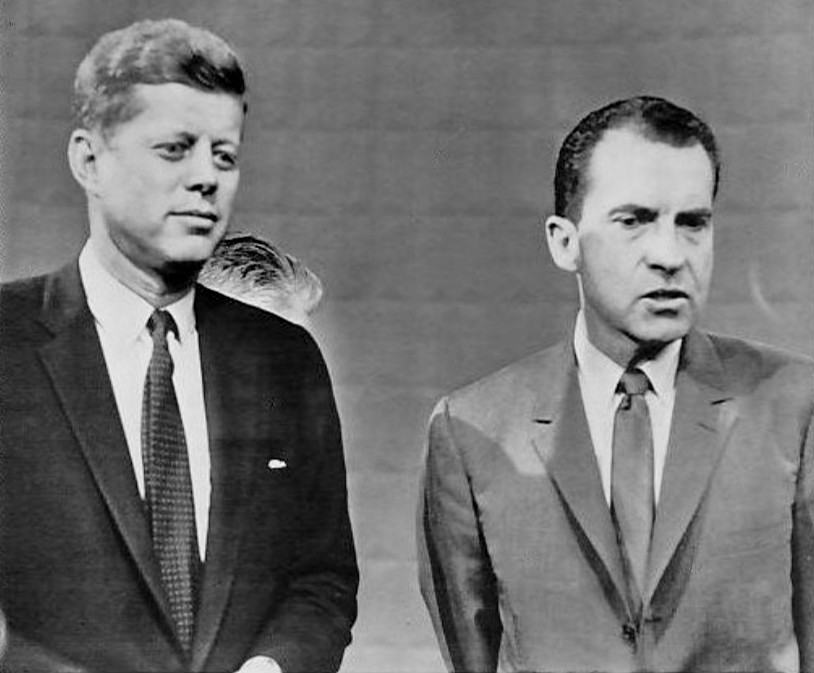 The archive materials can be accessed for free from 8 a.m. to 5 p.m. Monday through Friday at the archive center on campus, but you can also request to borrow copies of materials if you can’t make it on site.

Because the collection is so vast, you might want to call ahead before you come so the curator can prepare what you want to see — whether it’s Lyndon B. Johnson’s infamous “Daisy” ad or that Kennedy jingle that will never cease to get out of your head.

7. Marvel at the Marland Mansion

E.W. Marland was an early 20th century oil baron, the 10th governor of Oklahoma and a U.S. representative who built a 43,561-square foot Italian-style mansion in the middle of the prairie in Ponca City. The Marland Mansion, which was completed in 1928, has 55 total rooms that includes 10 bedrooms, 12 bathrooms, 7 fireplaces, 3 kitchens and a grand ballroom with a balcony that looks over the grounds.

The mansion is available for visitors to tour, and is quite the sight to see. Some of the highlights of the mansion are the grand kitchen that was specifically meant for cooking game that they hunted on the land and a secret hallway that led to a room filled with liquor and where he and his friends would gamble.