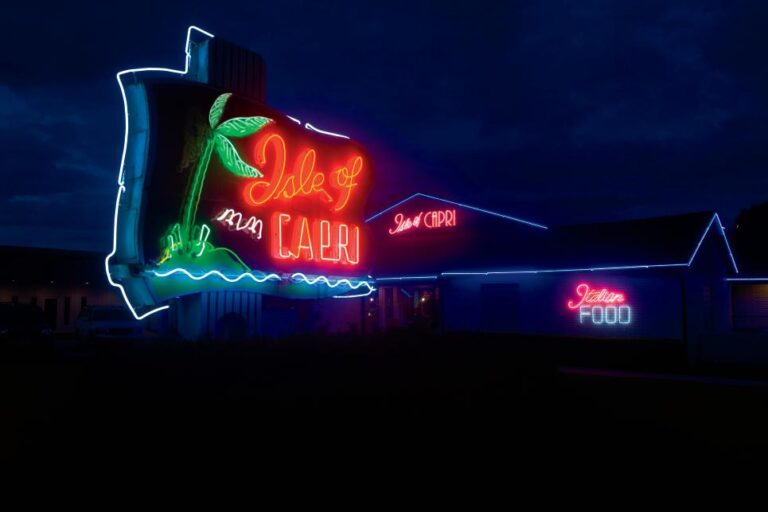 Adjacent to McAlester, tiny Krebs has earned a big reputation for Italian food, courtesy of the many Italian immigrants who came here to work in the coal mines in the late 19th and early 20th centuries.

When not mining coal, these industrious new citizens mined their grandmothers’ recipes and found a deep vein of old world cuisine they shared with their new country. Today, eateries in Krebs and McAlester bring Italy to Oklahoma. Among the best:

Pete Prichard, born Pietro Piegari, came to Krebs with his parents in 1903 and opened his restaurant in 1925. Today, Pete’s Place is widely known for classics such as Shrimp Alfredo, Chicken Parmesan and the oddly named (but reportedly delicious) Lamb Fries, served similarly to Rocky Mountain Oysters. Pete’s son, Bill, managed Pete’s Place for many years and launched the annual McAlester Italian Festival in 1961 to honor the city’s Italian heritage. Bill’s son, Joe Prichard, and his wife, Kathy, run the busy restaurant now.

Located in an older home, Roseanna’s is popular for its pizzas, sandwiches, lasagna, spaghetti, fettucine Alfredo, steak and peppers, and ravioli. Open for lunch and dinner,carryout is available.

It started in 1946 with homemade sausage, then cheese, then bread, and soon Lovera’s Famous Italian Market was famous indeed. Shelves are stocked with every imaginable Italian culinary necessity, but the stars are Lovera’s own meats, award-winning caciocavera cheese, oils and vinegars, spices, marinated vegetables and much more, all of which can be shipped across the country.

Owned by several generations of the Giacomo family since 1950, The Isle of Capri, or “The Isle” as it’s known locally, features Italian classics, steak, chicken, Italian sausage, shrimp dishes and an assortment of classic pasta dishes in a cozy, homelike setting. In 1959, the Giacomo family opened a second eatery in McAlester, called GiaComo’s. The menus are similar, yet GiaComo’s is best known for its steaks.