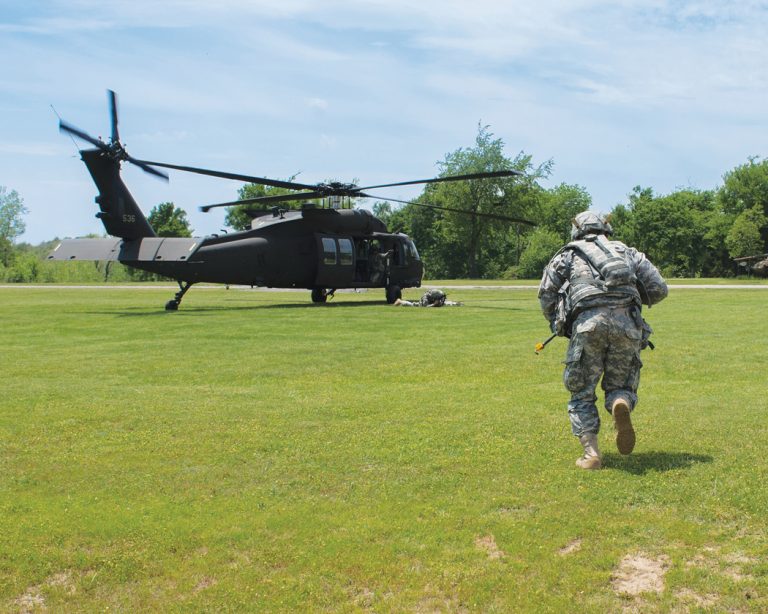 Atten-hut! A Military Affairs Committee has formed in Muskogee to help further strengthen the relationship between military residents and the civilian population.

MAC officials point out that a key contributor to the regional economy is Camp Gruber, a U.S. Army instillation that hires many contract vendors from throughout Greater Muskogee and also purchases truckloads of materials for construction projects at the camp. Camp Gruber has earmarked millions of dollars toward multiple construction endeavors in recent years.

Meanwhile, besides the camp, hundreds of veterans and their families also make their home in Muskogee.

“You can't really tell by looking at an individual whether they're a veteran or not, and I think most residents would be surprised at how many veterans live in Muskogee,” says Dave Davis, chairman of the Military Affairs Committee. “The military plays a major role in day-to-day life around here.”

Camp Gruber, which dates to 1942, is used today as a training site for troops as well as to house the Oklahoma Army National Guard.

“The camp is actually a first-class training facility for both military and civilians. A lot of civilian emergency response teams who respond to disasters around the country participate in training exercises at Camp Gruber,” Davis says. “Also, area and regional law enforcement officers often use the firing ranges at the camp.”

So how can an even better relationship be forged between the military and Muskogee civilians? Davis says one initiative was to create a Military Affairs Committee Facebook page that keeps the community updated on the goings-on at Camp Gruber.

“We are also gearing up for a campaign to encourage local businesses to offer discounts or other incentives to active military and veterans,” he says. “In addition, the MAC is working to establish a quarterly social get-together for all veterans at the National Guard Reserve Center at Davis Field Airport.”

Davis adds that the MAC is also encouraging veterans and civilians to download a free CitiLink app that provides much information on not only military services, but other community services as well.

There is also an effort to construct a Veterans Memorial Plaza in Muskogee.

“It was first thought that downtown Muskogee would be a good site for the memorial, but the downtown district is being rejuvenated to become more of an entertainment destination with festivals, microbreweries, nightlife and so forth,” says Tom Martindale, chairman of the Veterans Memorial Plaza Committee. “Our committee has thereby suggested that a memorial be constructed near the VA hospital, but it'll take several years before such an effort becomes a reality. It'll be exciting once it all happens.”