Every April, Honor Heights Park bursts into 40 acres of blooming color for the annual Azalea Festival. 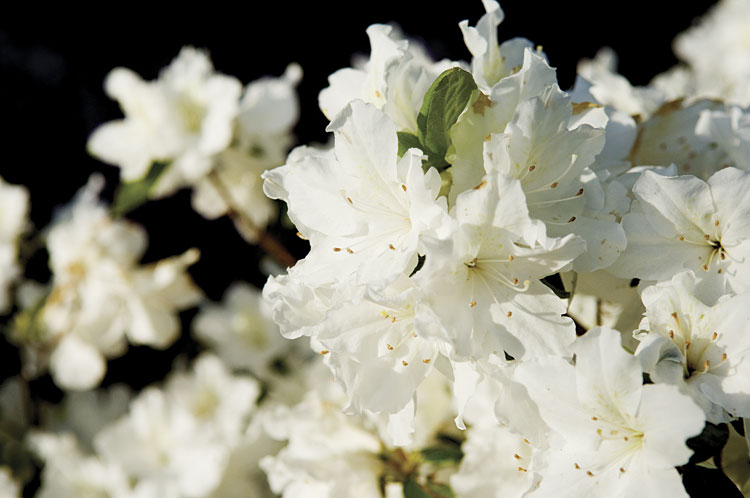 No one needs a calendar to know when spring arrives in Muskogee.

It’s all about the azaleas. Every April, Honor Heights Park bursts into 40 acres of blooming color for the annual Azalea Festival. The month-long festival draws crowds of roughly 250,000 for a parade, art shows, film festivals and a simple excuse to stop and smell the flora.

The tradition began more than 40 years ago when a superintendent of Muskogee Parks & Recreation discovered he could grow the plants quite successfully.

“In the early days, azalea plants around here were not common,” says Mark Wilkerson, director of parks and recreation for Muskogee. “It started as kind of something new. The azaleas were unique, and he planted so many of them that it made for really a fascinating show. So we quickly got a reputation for the Azalea Festival as an event.

” To date, more than 30,000 plants have been grown, representing 625 varieties. The event has blossomed, too, with many community organizations hosting events throughout the month of April to complement the festivities.

The Flower Power Bike Ride, Flower Power Run and Area Quilters’ Guild Show are among the most popular spin-offs. Other featured activities include a historic downtown trolley ride, horse and carriage rides through Honor Heights Park and walking and driving tours that visitors can take at their own pace.

Things also heat up on parade day, usually held the second Saturday of April. The Exchange Club Chili and BBQ Cook-Off is one of the Azalea Festival’s most popular activities. Each year, more than 100 teams compete for prizes and bragging rights. During the 25 years they’ve held the event, the nonprofit Exchange Club has served up 300,000 pounds of barbecue and 20,000 gallons of chili and, more importantly, the club has raised more than $800,000 for local charities.

In fact, the day of the parade and cook-off draws more visitors to Muskogee than any other day of the year.