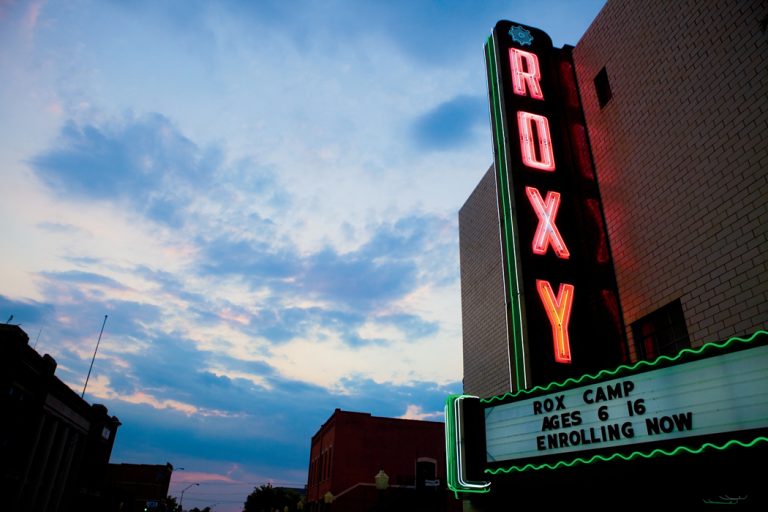 Come to Muskogee any given April, and you can meet and mingle with filmmakers from New York, Los Angeles, Paris, India, China – and Tahlequah, Okla.

You may not have heard of them. Yet. But the Bare Bones International Film & Music Festival brings together aspiring and accomplished movie-makers, from 8 to 80, who one day may be winning Oscars and Emmys. What they have in common now is that they’re producing movies to reckon with, but on low – sometimes very, very low – budgets. Hence the name.

When it began, the festival drew 15 filmmakers and 35 films. Today, more than 300 filmmakers from around the country, the world and Oklahoma take part in the six-day event that includes, screenings, educational sessions, networking opportunities, youth programs and a bang-up awards ceremony complete with red carpet interviews and live musical performances.

“Some festivals take about five minutes to announce awards and then go on to something else,â€ Shiron Ray says. “If they’re little low-budget filmmakers they are VIPs, and we treat them like VIPs.”

Known as “the Friendliest Film Festival,â€ Bare Bones is all about supporting the work of independent filmmakers, stressing collaboration over competition. The festival helps filmmakers develop marketing materials, from posters to online promotional videos filmed in its own studios, which Ray describes as “shameless self-promotion.â€ It brings in alumni and film veterans to share their experience and expertise. It negotiates discounted rates with local hotels, matches roommates, and even puts up the occasional attendee in a volunteer’s home.

“If they can get here, we will take care of them,â€ says Ray, whose maternal pride in her alumni is clear.

In turn, the event, which closely coordinates with other Muskogee traditions such as the Azalea Festival, has an important economic and cultural benefit for the city at large.

For filmmaker Steve Cypert of Tahlequah, Okla., the festival offers a welcome opportunity to measure his skills against others, not so much to compete as to learn.

“It’s the challenge of being good enough to get accepted and be shown. It’s one thing to motivate yourself, another thing to see how the competition is doing,â€ says the retired bank servicer, who makes a film each summer with his young grandchildren. “There are some excellent filmmakers that have never been heard of, and just don’t have the big stars and the big budget. Trying to catch up with those folks is pretty motivating.”

The festival itself runs on a slender budget, with support from the local chamber’s tourism division and the Muskogee Area Arts Council, which channels money from the Oklahoma Arts Council. Some 50-75 volunteers help out each year, including returning alumni and visiting professionals, who find the festival friendly indeed.

“When people come here from L.A .or New York, they may offer to do a workshop or seminar, but then they say they learn more here because people are listening,â€ Ray says. “We are not so full that people don’t talk to one another.”