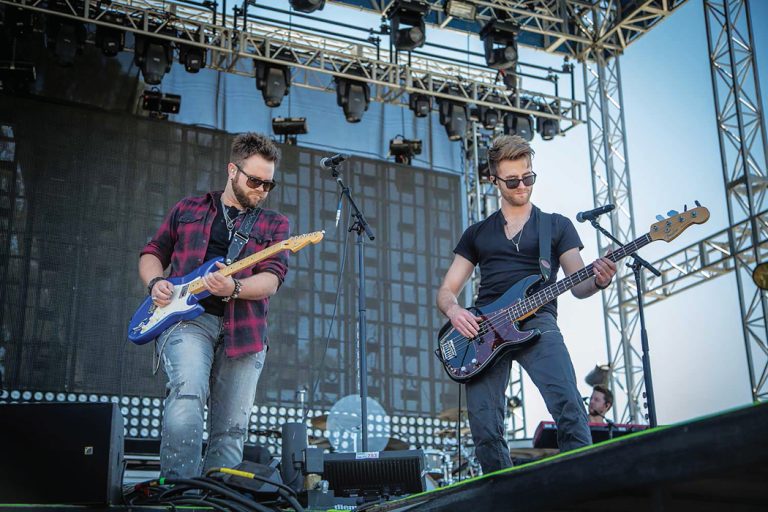 Being home to the Oklahoma Music Hall of Fame (OMHOF) makes Muskogee an instant music destination, but the city also hosts several top-tier events and productions, including a huge festival planned for 2016.

Dancing in the District

Summer 2015’s Dancing in the District concert series featured bands, groups and solo artists performing at 4th and Broadway downtown. For $10, attendees enjoyed the music, sampling food trucks and after-party events in a festive atmosphere. The OMHOF sponsored the series as an appetizer for the full-scale G Fest in 2016. The Dancing in the District shows included Shooter Jennings, Waymore’s Outlaws, Paul Thorn Band, Chris Stapleton and The Railers.

Muskogee’s can’t-miss event this summer will be G Fest, a grand-scale music festival set for June 16-18, 2016, featuring multiple A-list performers, hosted by the hall of fame and funded primarily by the City of Muskogee Foundation.

“Music is a key component of economic development and the quality of life of a community. An event like this has the potential to position Muskogee as a tourism leader in Oklahoma and the nation,â€ says D.J. Thompson, chief operations officer for the City of Muskogee Foundation. “Combined with the many other efforts and activities in our community right now, it will build upon the growth and success Muskogee citizens have worked so hard for and are now realizing.”

All for the Hall

The OMHOF hosts ongoing music events as well, such as the new Oklahoma Music Shop TV show and Live at the Hall shows. The TV program is designed to help build up the promotion for G Fest, says Jim Blair, the hall of fame’s executive director.

“We host live music every Thursday, and a number of these shows are taped for broadcast,â€ Blair says.

Melodies and harmonies fill Muskogee even when special events and festivals aren’t on the bill. Nightlife includes hot spots like dive bar Max’s Garage, the gritty home of beer, burgers and live music. The Roxy Theater, which retains the art deco ambiance of its post-WWII heyday, regularly showcases musicians.

Symphony in the Park welcomes music lovers to flower-laden Honor Heights Park during May and June. Bluegrass on the Square touches the heart of downtown with mountain sounds. Blues music takes center stage in nearby Rentiesville, home of the Oklahoma Blues Hall of Fame and Labor Day weekend’s Dusk ‘Til Dawn Blues Festival, just 21 miles down U.S. 69 from Muskogee.

All of this musical momentum is nurturing Muskogee’s artistic reputation.

“Our goal,â€ Blair says, “is to further brand Muskogee as a music city through these events … enabling us to carry forward with our mission to promote, preserve and honor Oklahoma’s rich musical history.”

“Our goal is to further brand Muskogee as a music city through these events.”