See how you could win $5,000, earn scholarships and eat amazing food during the National Soul Food Cook-Off in Muskogee, OK. 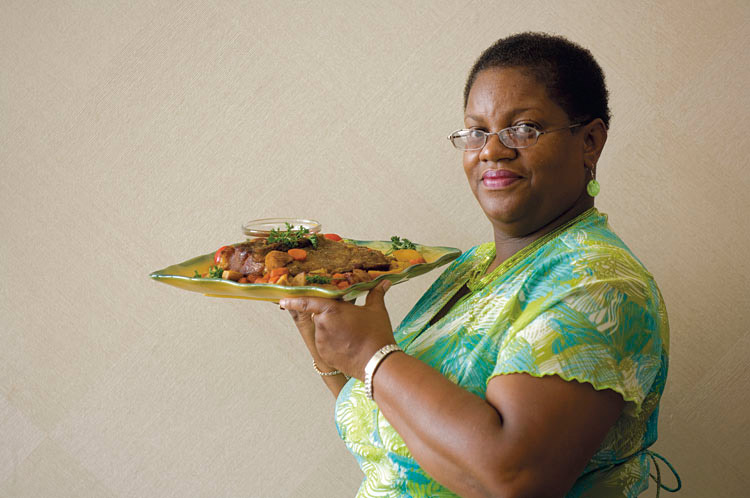 Muskogee’s multicultural coordinator – who is also the manager of the Roxy Theatre and Muskogee Civic Center – started the Dr. Martin Luther King Jr. Soul Food Cook-Off in 2005 as a community event.

“Anything you do around Dr. Martin Luther King Jr. is going to draw attention, but this event brings people back to family values,” Gaines says. “We’re such a fast-food society now, but at the cook-off, people come in and sit down and eat some good home-cooked meals.”

In a world where celebrity chefs are all the rage, the cook-off celebrates the unknown and unsung home cooks – grandmothers, mothers, uncles and cousins whose secret recipes didn’t come from a box mix.

“In my eyes, my mother was the best cook,” Gaines says. “She could throw down on some fried chicken, cornbread, candied yams and homemade mac and cheese. Everything was made from scratch.” At the event, food isn’t the only throwback: Entrants decorate their booths “back in time,” according to Gaines, who’s seen women dressed in muumuus with cotton stockings and aprons as part of their presentation.

Janet Brown, a revenue manager for the City of Muskogee who has won numerous times for her black-eyed peas and butter cake, turns her booth into a café. “It’s called the Boomer Blues Café, and I have red-and-white-checkered tablecloths on the tables, sunflowers and a clothesline hanging in the front with aprons and dishtowels. I even serve my black-eyed peas in little cast-iron crocks.”

The event has been such a local success that Gaines has taken her show on the road, now under the name National Soul Food Cook-Off, and visits cities including Little Rock, Ark., and Jackson, Miss. In Beaumont, Texas, she crossed paths with Elbert Mackey from Cedar Park, Texas, who saw the ad for the cook-off in the Austin American-Statesman. Mackey has a keen interest in keeping the culinary traditions of his childhood alive and has spent the last few decades trying to replicate his Aunt Maggie’s recipe for tea cakes.

“The problem with tea cakes is that they’re a plain, simple dessert: five or six ingredients at the most,” Mackey says. “I think how they were made, and the love that went into it, is a big part of what I loved so much about them.”

Mackey has entered his tea cakes in several National Soul Food Cook-Offs, including Tulsa and Oklahoma City, and is currently working on The Tea Cake Project, which has a Web site, www.teacakeproject.com, devoted to the submission of recipes and remembrances of tea cakes.

Gaines pays out up to $5,000 in cash and prizes for each event, and provides four scholarships for a culinary arts education for students in each town where the cook-offs are held. But for many, it’s not about the money – or the 200 people each entrant has to feed – it’s about community. “I cook up to two days before. It’s a lot, but it’s worth it. It really is,” Brown says. “I’ve met a lot of interesting people and we have a lot of fun. Most people are very supportive and glad if you win, even if they don’t. I can’t wait to start again next year.”