From restaurants and menu items to a landlocked submarine, Muskogee, OK's full of interesting people, places and things you can find only here. 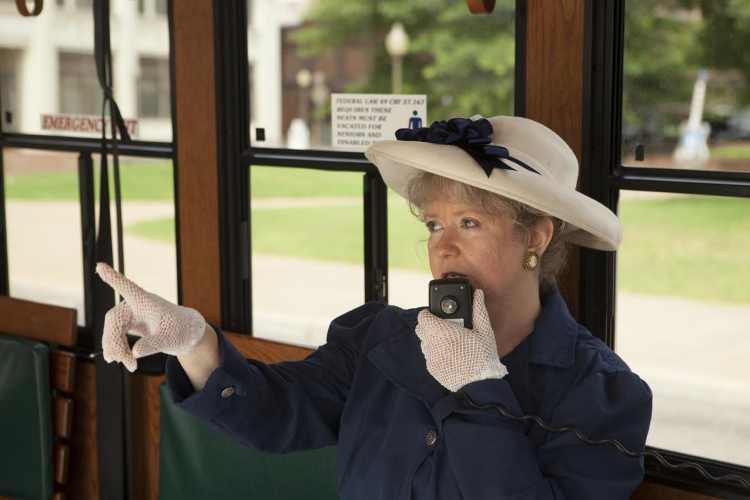 People who visit Muskogee often try to take a little piece of it home with them, and small wonder. From unique attractions to one-of-a-kind dining, Muskogee’s charms can’t be found anywhere else.

For starters, everyone here is justifiably proud of the city’s heritage. So much so that one group works regularly to keep Muskogee’s history very much a part of its present. The Bass Reeves Legacy Troupe tells the story of Bass Reeves, the first African-American U.S. deputy marshal who lived and worked west of the Mississippi, and eventually served in the city’s police department until his death in 1910. The troupe also highlights other trailblazing locals, such as Alice Robertson, Oklahoma’s first U.S. Congresswoman, says troupe member Jonita Mullins.

“It fulfills a passion of mine, which is sharing Oklahoma’s great history,” Mullins says. “We enjoy telling these stories, so that more people can learn about who these people were, and how many of them came to world renown.”

Muskogee is proud to honor its servicemen and women at War Memorial Park, and there you’ll find “¦ a submarine? Yes, the park’s home to the USS Batfish, launched in 1943 and holder of multiple awards and citations, as well as much more memorabilia and history in the nearby museum and 8 acres of parkland.

“It does surprise people that it’s here, and it ain’t a little one,” says Park Manager Rick Dennis of the Batfish. “It’s 300 feet long, and we offer self-guided tours through the submarine itself, as well as through our museum and the grounds.”

Then there’s Muskogee’s restaurant scene, which quickly demonstrates why this is a very good place to be hungry.

Take Paul’s Diner, where you’ll find the famous trashcan scrambles: bacon, sausage, hash browns, eggs, cheese, gravy and more, all scrambled together for a taste that brings people back again and again. If that doesn’t fill you up, stroll on over to Chet’s Chili Dogs, where the addictive hot dogs and fixings have remained unchanged since the 1950s.

Got room for more? Then don’t miss the white sauce at Hamlin’s El Toro. It’s so good that a Google search turns up several recipes that claim to be “almost” it. But they’re not, because the ingredients have been a closely held secret for more than 40 years, says Darren Kilpatrick, owner.

“It was an accident,” he says. “They were trying to make a new salad dressing, and were testing it on chips. They didn’t like it for salads, but it was great on chips, so that’s how it was born.”

As for efforts to copy the sauce, Kilpatrick says let ’em try.

“Everybody thinks they have the recipe, but they really don’t,” he says. “It’s very unique, and there are items in there you can’t get out of the grocery store. You can kind of match it, but can’t get true to what it really is.”

That pretty much sums up Muskogee: You can copy it, but you can’t duplicate it. So why not see the original?

Check out more fun things to do in Muskogee, OK.