Skip to content
Home > OR > Eugene > Experiences & Adventures > Things To Do in Eugene, OR

Things To Do in Eugene, OR

Eugene is best known for its outdoor activities and natural setting, the University of Oregon, and eclectic shopping and local businesses. 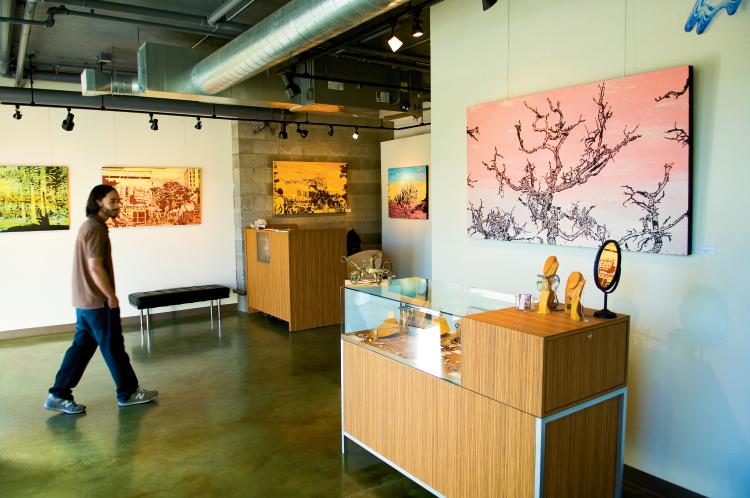 There are so many great things to do in Eugene, Ore., the city seems to have earned a different nickname for each.

People love to get outside for everything from great golf to river recreation and exploring the well-maintained, scenic trails that helped the city land among Bicycling magazine’s Best Bike Cities list. Adventurous types can enjoy rock climbing at Skinner Butte Park, then take the Ruth Bascom Bike Path along the Willamette River about a mile west to relax among 4,500 roses of more than 400 varieties at Owen Memorial Rose Garden. Flower gazers also love the world-renowned rhododendron garden at Hendricks Park. Alton Baker Park has dozens of activities, including an off-leash dog park, duck pond, BMX track and boat launches on the river.

Visit the University of Oregon

The University of Oregon gives Eugene the nickname “home of the Ducks” plus several notable sights to see and things to do, including cheering on the Ducks at Autzen Stadium, often ranked among best places to watch college football games, and visiting the legendary Hayward Field, the world-famous epicenter of the city’s “Track Town USA” billing. Stop by the university bookstore, The Duck Store, for official U of O gear.

Another must-see campus stop is the Jordan Schnitzer Museum of Art, known for its extensive collections from around the world with an emphasis on art from Japan, China and Korea.

Many artists make their homes in Eugene, so it’s never difficult to find unusual gifts for a friend or yourself. Great spots for one-of-a-kind finds include Studio West Fine Art Gallery and Glassblowing Studio; the many artisan booths at the The Saturday Market every weekend the first Saturday in April through mid-November – don’t miss the Lane County Farmers Market held at the same time adjacent to the Saturday Market – and independent downtown grocer The Kiva, which dates to 1970 and sells everything from local and bulk foods to health and beauty products, housewares, and gifts.

Live music, dance and theater fans in Eugene keep an eye on the schedules at the Hult Center for Performing Arts year round and the Cuthbert Amphitheatre during summer months. A favorite smaller venue for live music, Sam Bonds Garage, books many local and regional artists for nightly shows. To catch the latest independent films, check out Bijou Art Cinemas.