Climbing mountains, swimming in lakes, drinking beer: Who's in? 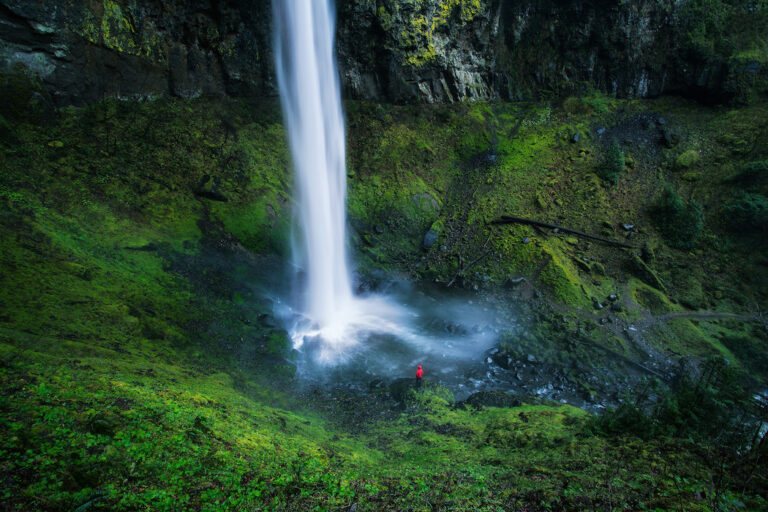 Oregon / Courtesy of Michael Matti under a CC 4.0 license.

For many people, the term “bucket list” refers to much more than a 2007 film with Morgan Freeman and Jack Nicholson. A “bucket list” is a way to catalog all the stuff you want to experience while you’re still alive and well. As you accomplish each feat, you check-off your list and move on to the next item.

Some bucket lists include encounters across the globe, but you can find just as many in the state of Oregon, alone. Offering both natural wonders and man-made attractions, these eight Oregon excursions are must-dos before you’re, well, ore-gone.

Climbing mountains is on many a bucket list. But, even if you don’t climb the 11,240-foot Mt. Hood – one of the most-climbed in the world – there’s a certain glory in simply witnessing the enormous mountain’s eternal snowcap, its alpine lakes and the wildflowers that encircle its base. You can drive the “Fruit Loop,” the 35-mile drive connecting the mountain and the city of Hood River. There’s also great year-round skiing at Mt. Hood.

No visit to Oregon would be complete without a stop at Crater Lake. The nation’s deepest lake was formed when the 12,000-foot volcano Mount Mazama collapsed about 7,700 years ago and formed a bowl-shaped caldera that filled with rain and snow. At 1,949 feet, it is the deepest-known lake in the U.S., and the seventh-deepest in the world. There are many things to do in the surrounding Crater Lake National Park, including camping, bicycling, skiing, hiking and, of course, swimming.

Oregon, especially its Willamette Valley where there are about 700 wineries, is superb for grape-growing. Here, you can find some of the best wines the U.S. has to offer. Make a day of visiting several wineries, or pick just one, such as King Estate Winery in Eugene, where you can sample the local wines, eat a locally grown meal and take in the beautiful vineyards and stunning mountain scenery.

To truly experience Oregon, you have to immerse yourself in its wilder side. Hiking the Cape Lookout Trail, where you can spot gray whales from your cliffside perch, is one of the best ways to do it. This 2.5-mile hike through dense forests on the north Oregon coast has spectacular views of the Pacific Ocean. The Cape Lookout State Park in Tillamook also features a beach and campground.

Ok, maybe you should only do that if you’re an experienced kayaker. Yeah. But, the good news is, the Columbia River Gorge National Scenic Area also offers many other activities such as hiking, skiing, fishing, rafting, windsurfing and snowshoeing. The Columbia River is one of North America’s largest, traveling more than 1,200 miles to the ocean, and the surrounding National Scenic Area encompasses 292,500 acres where you can try out your favorite pastime – or learn something new.

From just-caught salmon to dishes made with local peaches and cherries, to American-food-meets-Pacific-Rim-fare, Oregon’s culinary offerings are a gastronome’s delight. There are hundreds of fantastic restaurants throughout the state, but if you only dine at one restaurant, check out the menu at Restaurant Beck on the coast in Depoe Bay. The locally foraged menu by the noted Chef Justin Wills is constantly changing, so you’re always in for a surprise.

7. Find your favorite at a local microbrewery

Oregon is becoming widely known for its burgeoning microbrewery industry, which produces a beer for pretty much every taste. Check out Deschutes Brewery where you can learn about the process and sample beers such as Black Butte Porter, Obsidian Stout and Pine Mountain Pilsner. Deschutes has brew pubs in Bend and Portland, and a tasting room in Bend.

8. Make memories on the Oregon coast

The Oregon coast is world-renowned for its beauty, rugged cliffs and scenic beaches (if not for its warm waters). There’s no better way to complete the last item on your Oregon bucket list than hiking the forest and investigating tide pools before viewing a spectacular sunset across the Pacific from the beach at Oswald West State Park in Arch Cape.