The 5 Most Affordable Cities in Pennsylvania

The Keystone State delivers on budget-conscious living without skimping on the amenities. 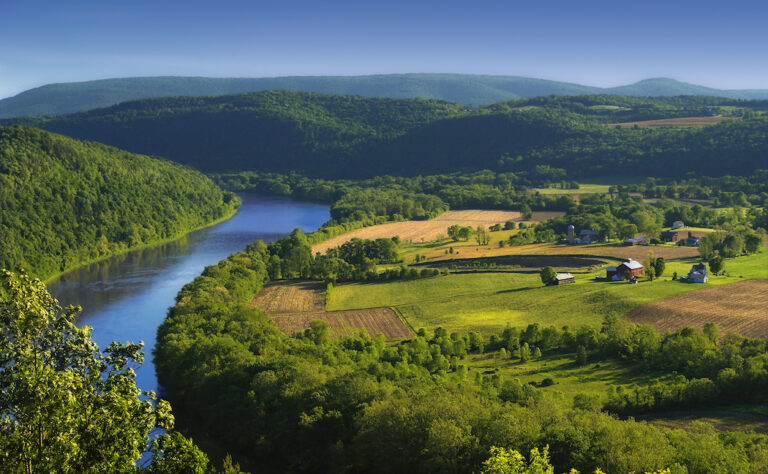 From the Liberty Bell to cheese steak sandwiches, Pennsylvania is a quintessential American state.

But Keystone State residents want a high quality of life without paying a lot of money for those amenities, goods and services.

Thus, based on a special scorecard, we’ve come up with the five most affordable cities in Pennsylvania. But in this methodology, it’s not just the cheapest cities that get top billing. Instead, we looked at a high quality of life compared to other cities’ average in costs of living, including transportation, housing, food and utilities.

What follows is a ranked list of the best cities in Pennsylvania for affordable living.

Famous for its tangy Lebanon bologna, Lebanon is a great place to bargain hunt in the shops and restaurants that line the historic downtown area or the Farmer’s Market, which is set up in a structure built in 1892.

Those who have a high activity level can bike, hike or rollerblade along the Lebanon Valley Rail Trail, a former railroad turned multi-use pedestrian corridor.

The Classic Car Show, held in August, is a hit for old time vehicle buffs. Instead of a glittery ball, the city instead drops a large bologna sausage every New Year’s Eve.

From thriving nightlife to a huge agricultural exhibition, Harrisburg has a lot going for it as the capital city of the state.

Let’s first talk about the Capitol building. Tourists from around the world come to marvel at the large ornate dome of the structure, which was built in 1906. The 272-foot tall rotunda was modeled after St. Peter’s Basilica.

As a nod to its farming past, the city plays host to the Pennsylvania Farm Show, which typically attracts hundreds of thousands of people. There are also plenty of arts activities, music shows and sports events in Harrisburg.

Locals enjoy a highly affordable median home price of $84,100. But median household income is only $32,476.

This manufacturing town has undergone a great transformation since Billy Joel, lamenting the loss of factory jobs, first sung “Allentown” in 1982.

Today, Allentown, which is the third largest city in the state, has a stronger economy, thriving arts and music scene and redevelopment in the city core.

For the kids, there’s Dorney Park, a water and amusement park. Art lovers can also find a refuge in the well-regarded Allentown Art Museum.

Lancaster has developed a reputation for its funky, cool shopping opportunities and plethora of art galleries, museums and live performances.

Billed as “the oldest continuously run farmers market in the U.S.,” Central Market has been selling produce, meat and dairy as well as Amish goods since 1889.

Lancaster: One of the 8 Best Places for Walking to Work

But the educational system here is also among the top notch in the country so this is a great value for those with young families.

The top city on Livability’s affordability list didn’t get there by accident. A neighbor of Allentown, Bethlehem has it all from a generous amount of shopping opportunities, a low crime rate and a strong economy bolstered by candy maker Just Born, the creators of those Easter favorite marshmallow Peeps.

The median home value, here, is $171,300, which is pretty good considering the median household income in Bethlehem is $46,902.

Higher-education institutions such as Lehigh University, Northampton Community College and Moravian College, the sixth-oldest college in the United States, make Bethlehem an attractive place to move as well.

10 Bucket List Things You HAVE to Do in Pennsylvania

For those looking for free-time distractions, there are arts festivals, historic sties and museums and the Sands Casino Resort Bethlehem, which was built on the old Bethlehem Steel factory site.

Since the city shares the name with Jesus’ birthplace, this Pennsylvania city goes all out with celebrations at Christmastime, with more than 50 holiday-themed events. In fact, Bethlehem carries the moniker Christmas City USA.