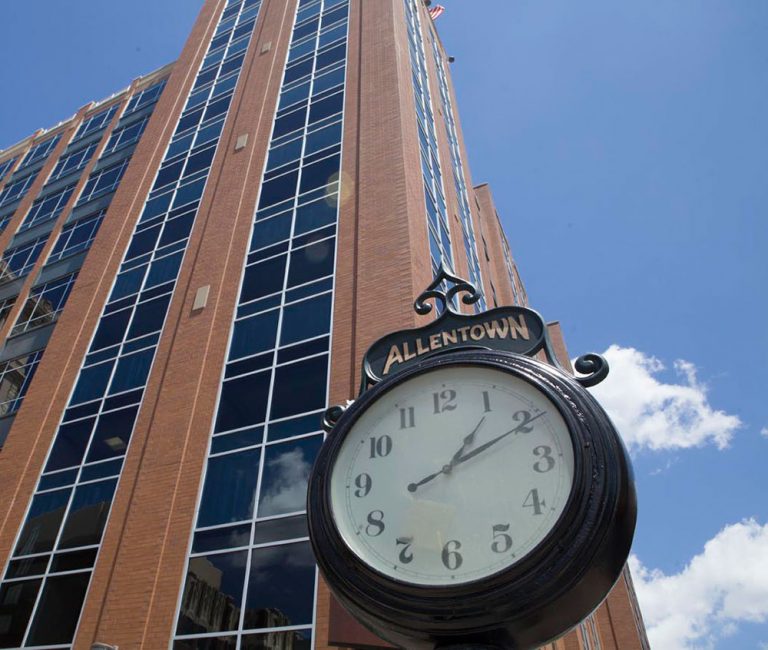 You can’t spell Lehigh Valley without using L-I-V-E. The region blends urban amenities, small-town charm and relaxed rural environments to create an inviting place to live (and work and play).

“Lehigh Valley offers individuals a multitude of prestigious job openings and a number of higher-education institutions, but with the cost-of-living of a small town,” says Zachary Jaindl, COO of Jaindl Enterprises in Allentown. “So you see a lot of people looking at the Lehigh Valley specifically because they can afford a lot more here, and still get those things they’re seeking in a big-city environment. It’s a prime location.”

Allentown is an ideal example of the revitalization efforts that are taking place throughout Lehigh Valley. The city’s development was recently recognized by the Urban Land Institute, which cited Allentown as an illustration of how a smaller community can successfully transform itself into a thriving urban area.

This can be seen in Jaindl Properties’ new The Waterfront project, a 26-acre former industrial site along the Lehigh River that is being transformed into a mixed-use facility that will include six office buildings, three residential apartment complexes and nearly 150,000 square feet of retail and dining options.

“Our goal is to increase the urban vibrancy of Allentown, while still offering the original amenities that most people are looking for,” Jaindl says.

The project is being built in an official Neighborhood Improvement Zone, which allows some of the taxes generated by the site to be used to pay debt service on any financed improvements within the NIZ. Jaindl says this enables Jaindl Properties to offer rental rates to tenants that are as much as 40 percent less than the standard market rate.

Communities throughout the Lehigh Valley are experiencing a renaissance, as smaller towns add the types of shops, restaurants and entertainment options that formerly could be found only in the major metros of Philadelphia and New York. “The things we used to travel for, now we have them in the heart of the Lehigh Valley,” says Jessica O’Donnell, Main Street Manager for the city of Emmaus.

For example, in 2015 the Greater Easton Development Partnership (GEDP) helped open the Easton Public Market, complete with 14 artisanal food vendors, a farm stand and a demonstration kitchen. The new Public Market is designed to complement the Easton Farmers’ Market, which was established in 1752 and is the oldest, continuously running open-air market in the United States.

“The Easton Public Market is the type of thing you’d expect to see in Manhattan,” GEDP chairperson Graham Simmons says. “The idea was to create a place to serve not just the burgeoning downtown population and the younger population moving in, but also the community at large. It emphasizes local food and gets people thinking about what they are eating. It’s become a jewel as far as being a place where people want to be.”

For entertainment, the 10-acre ArtsQuest Center at SteelStacks holds hundreds of concerts and numerous festivals and community events each year. It also is home to ArtsQuest, a nonprofit organization that provides access to cultural programming such as art exhibitions, dance performances, photography and independent film showings. All these events take place on the grounds of the former home plant of Bethlehem Steel, with the historic blast furnaces providing a towering backdrop.

In Nazareth, old standbys such as the Nazareth Diner and the Martin Guitar Museum are being joined by hip newcomers like Xpresso Café and the Smooch on Main boutique.

“We’re identifying the types of shops our residents and people all over the Lehigh Valley are looking for,” says Smooch owner Stephanie Varone, who also is the downtown business coordinator for the Nazareth Economic Development Commission. “This store is a direct result of the community asking for the downtown to have its own boutique.

“We’re not a big urban city. But we can be a hip little town that still gives you that warm, community feeling.”