Crayola does more than make crayons and markers in Easton, Pa., but serves as a colorful example of corporate community commitment. 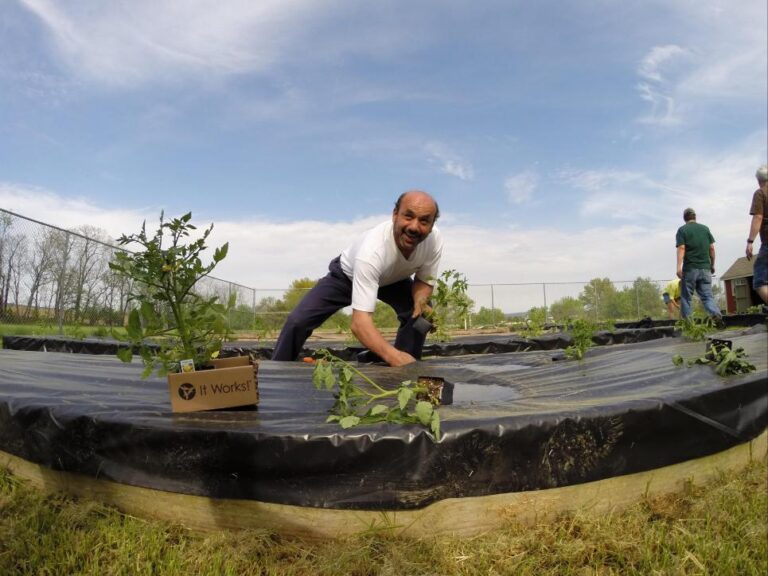 Crayola has made some big colorful marks on its hometown of Easton, Pa., – and we don’t mean marks of the variety which frantic moms have to scrub off walls.

The company’s roots date back to the early 1900’s, when the Binney & Smith Company made slate pencils, chalk and the first crayons at a water-powered grist mill in Easton, the city where it operates its headquarters today.

Renamed to reflect its top brand in 2007, Crayola has not only gained a reputation for its crayons and markers but also for being an excellent community partner in many areas, including promoting tourism, sustainability, feeding the hungry and voluntarism.

In the heart of downtown Easton, the Crayola Experience is a popular tourist destination which has 21 interactive exhibits that allow kids to explore art and technology and express their own creativity using Crayola products. The 60,000-square-foot facility is very much an extension of the Crayola brand and includes a simulated boat ride, art studio, indoor playground and hands-on workshop. When the company built the Crayola Experience in 1986, company officials thought it would be a good way to promote tourism in Easton and the region. It attracts nearly 300,000 visitors annually. The Crayola Experience and several other attractions are a large contributor to Easton’s renaissance in the last decade, according to Alison Miers, executive vice president-Easton for the Great Lehigh Valley Chamber of Commerce.

“Crayola is a valuable community partner in so many ways,” Miers says. ”I think it’s just in their culture, and they want to see Easton and nearby communities just get better.”

In 2012, the company completed a 3-megawatt solar farm with 33,000 solar panels on 20 acres of land in Easton. The solar power is credited with producing about 25 percent of the campus’ power, or enough electricity to make 1 billion of the company’s crayons and 500 million markers annually. The solar farm has also dramatically reduced the company’s greenhouse gas emissions. Crayola also has a vigorous in-house recycling program and encourages kids to recycle their used markers, which will be converted to energy through its Colorcycle program.

Edwin’s Garden is another Crayola project at the company headquarters, which directly impacts the Easton community. Crayola employees tend the garden and harvest more than 2,000 pounds of vegetables annually, which are contributed to a local family community center to feed less fortunate kids and adults.

The garden is named after Edwin Binney, a company co-founder, who provided vegetables and flowers to his employees more than 100 years ago.

“Our employees have an attitude of giving that reflects our founders,” says Eric Zelbey of Crayola Corporate Communications. “Our employees are happy to invest in where they live and work,” he says. “And we love partnering with our communities.”

Zelbey says more than 600 Crayola employees volunteer thousands of hours annually in dozens of activities, and the company sponsors more than two dozen community events, in which employees participate.

In fact, Mike Perry, Crayola president and chief executive officer, and his wife, Kim, currently serve as co-chairs of the United Way of the Greater Lehigh Valley.